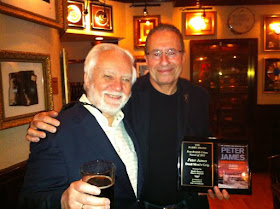 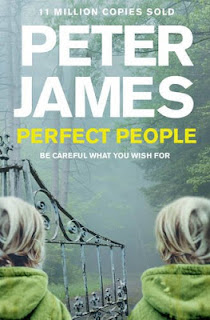 We’re not surprised that The Wellcome Trust have recognized and shortlisted  Perfect People for their 2012 Award, as it remains one of our favourite thrillers of 2011 and is now available in Paperback and eBook formats –

And Peter James’ latest Roy Grace Thriller NOT DEAD YET, is riding high in the bestseller lists, and the 8th in the series. We’re not surprised as it is a remarkably up to the minute examination of the dark embrace of celebrity culture –

Brighton has become the location for a huge Hollywood blockbuster, featuring the diva Gaia [a combination of Madonna and Lady Gaga], now resident in but who grew up in the more humble origins of Council Estate . 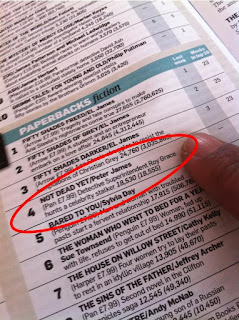 ’s role is in a historical thriller that should get her an Oscar for her mantle-piece and move her into the world of film. Grace is under pressure from the fifth floor to ensure nothing goes wrong in while the film crew is in town. This is especially critical when they discover that has some obsessive fans, including a stalker. Grace’s attention and that of his partner Branson is caught when a connection to a dead body [torso only] is discovered in a chicken farm. The connection being to . 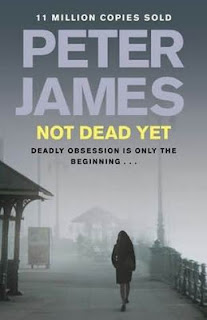 Despite the density of the plot which features James’ trademarked multi-viewpoints, reptilian like plotline that snakes toward an unseen climax - it reads remarkably fast due to close to 150 ‘clipped’ chapters, many very terse, but all leading to a scary finale in Brighton’s Royal Pavilion.

As Perfect People is the only crime / thriller on the shortlist, we’re cheering it on with gusto, besides it is an exceptional 'edge of the seat 'adventure, but one that acts as a cautionary tale of our times, when as Paul Valery once said ‘The future’s not what it used to be’