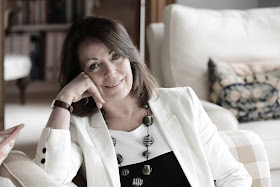 Harrogate International Festivals has announced a new History Festival this October with an epic line-up of authors. The major innovative event expands the arts organisation’s offer and enhances its profile as one of the North of England’s leading arts festivals.

Rose Tremain, Fay Weldon and Lindsey Davies star in a series of events exploring the crooks and crevices of historical writing.

The Harrogate History Festival takes place from the 25 to the 27 October In association with the Historical Writers' Association at the Old Swan Hotel.

Manda Scott, Chair of the Historical Writers Association said:"Following in the footsteps of the outstandingly successful Theakstons Old Peculier Harrogate Crime Festival, the first ever Harrogate History Festival promises to bring together  a spectacular combination of the very best historical writing today: from the Roman Empire to the twentieth century; fiction and non-fiction; thrillers, romances, literary works and television, we'll bring together writers and readers, researchers and fans in an atmosphere of shared passion and fascination.  Come along and taste the history!"

“The Theakstons Old Peculier Crime Writing Festival is now the biggest event of its kind in Europe attracting international audiences and acclaim. For many readers, fans and writers from all over the world, Harrogate is synonymous with the Crime Writing Festival. It’s really put the town on the literary calendar. This is a reputation we plan to build on.”

Panels include the inside story behind the search for Richard III’s remains, exploring battlefields of past glories and gore, and giants of the genre dissecting Ancient Rome.

Sharon said: “Genre writing is a powerful niche and proven area of expertise for the Festival team after a decade of success with the Crime Writing Festival. It’s clear history is in the throes of a cultural renaissance dominating our bookshelves and TV screens, so we’re very excited to add this timely string to our bow of literary events.”

Award-winning novelists Fay Weldon CBE and Rose Tremain will be the Guest Stars of the Festival. Writing for 50 years, Weldon has written more than 30 novels and a number of plays for TV, radio and the stage. Tremain’s bestselling novels have won the Orange Prize and Whitbread Novel of the Year Award, amongst others.

Sharon added: “Harrogate is a beautiful location and of course steeped in its own history, so we hope it will show off our town and attracts visitors and tourists, as well as giving local audiences a chance to experience big name authors on their doorstep. It’s a fantastic opportunity to explore and grapple with leading literary minds on some of the most gripping conflicts, personalities and epic tales in human history.”

Visit http://harrogateinternationalfestivals.com/history/ for a full programme or call the Box Office on 01423 562303. First tickets will be on sale in August.