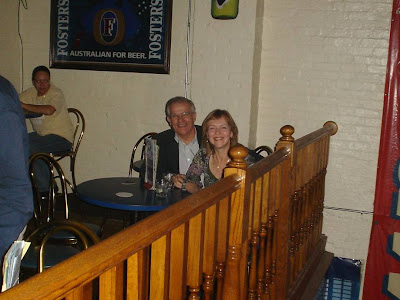 Crime Writer Adrian Magson emailed Shots Ezine recently about a change in the direction of his writing, so I asked him to let Shots know what’s happening in his world -

I never expected to get two series on the go together, but I’m not complaining!
I've always wanted to write a spy thriller, but consistent with world events and slightly outside the pure intelligence-gathering or counter-espionage aspect. With the aftermath of the Stockwell shooting and other events bringing the security services' operations into the daylight, and the Russians flexing their muscles over South Ossettia (I wrote the Russian bit about a week or so before it happened, which was really spooky) 'Red Station' (Severn House – August 2010) seemed to provide the ideal blend. Following a disastrous drugs operation, and the death of two civilians, Harry Tate, an MI5 officer, is banished to an intelligence outpost staffed by security services ‘wipe-outs’. Unfortunately for Harry, when the Russians choose the same time to march across the border, this gives his bosses the opportunity to get rid of him and his new colleagues altogether.

The second Harry Tate novel comes out next year.

With 'Death on the Marais' (Allison & Busby - Oct) I wanted to write something different, and a French cop story set in the 60s was the result. I was partly educated in France during the 60s, so know the area and era, and it appealed to me to take a top criminal investigator (Lucas Rocco) out of Paris and dump him into the agricultural heartland of Picardie, to see what happens. He’s rough, tough, but still a cop, and there’s a second Rocco novel on the way, too.

David Headley pulled out all the stops to get these deals, and I’m very grateful to him. I also owe thanks to Mike Stotter and Adrian Muller, who have been quietly supporting me behind the scenes, and Ali Karim, too, for always being so supportive. Thank you guys!

Photo © 2009 Bouchercon Indianapolis – Adrian and Ann Magson at The Slippery Noodle
Posted by Ali Karim at 13:51

Fantastic news, Adrian. It couldn't have happened to a nicer guy. Congratulations!!

Couldn't happen to a nicer guy or more talented author. I've had the pleasure of reading 'Red Station' and think everyone's in for a real treat.