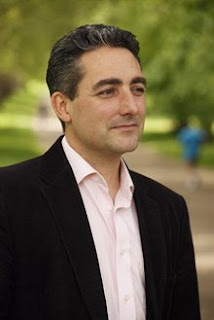 Today Pan Macmillan launched a free creative writing course by twice CWA Gold Dagger shortlisted M. R. Hall.  By visiting- and hitting the ‘like’ button at- www.facebook.com/MRHallAuthor , readers can discover M. R. Hall’s Seven Secrets of Successful Crime Writing, through conversational videos and downloadable worksheets. The course at www.facebook.com/MRHallAuthor is completely free and a new secret will be revealed each week, along with three more detailed podcasts, during which M. R. Hall expands on his advice. At the end of the course four amazing prizes will be awarded to the winner of our writing competition:

·         A place on an intensive two day creative writing for crime course, run by M. R. Hall and fellow author William Ryan. at Goldsboro Books in central London
·         A detailed email critique of the first three chapters of their novel, from Pan Macmillan editor Sophie Orme
·         £200 worth of Pan Macmillan crime books
·         Signed copies of all M. R. Hall titles.
The competition will be judged by M. R. Hall himself, together with Maria Rejt and Sophie Orme, Publisher and Editor at Pan Macmillan imprint Mantle.

“An observation that has long resonated with me and is, I think, key to the crime fiction submissions I respond to best is something the great American writer Joseph Wambaugh said.  To paraphrase: what inspires and moves him is not reading about how a cop works a case but how the case works the cop.  So it is the novels where consequences are examined, where we care about a character’s actions, reactions and motivations, how a crime impacts a community and the people within it.  I think I came to specialise in publishing crime  because I am also interested in the outsider in fiction, and of course it is in crime fiction where the outsider thrives… “
Maria Rejt, Publisher, Mantle. 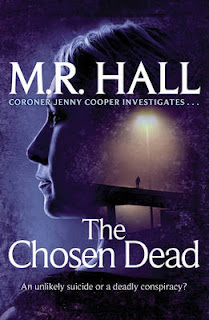 Rather than focus on prose writing or how to turn a perfect paragraph, the course concentrates on storytelling techniques, how to build dramatic tension, tips for writing conflict, and gives practical advice on structure and characterisation. The course is informed by M. R. Hall’s years of experience as a Bafta-nominated television crime writer (on shows including Kavanagh QC and Daziel and Pascoe) as well as his more recent career as the writer of the Coroner Jenny Cooper series.

The seven secrets explored in detail within the course are:
Secret One:       You must have something profound and heartfelt to say
Secret Two:       The central character must have a moral centre, but also be conflicted on many levels
Secret Three:     However big the story, it must take place within a confined world
Secret Four:      Readers need a deep and immediate emotional connection with the crime
Secret Five:       The Rule of Three - Always begin with a three act structure and at least three dramatic reversals
Secret Six:        The reveal must surprise and astound
Secret Seven:    Push the central character beyond the outer limits to achieve the climax

The course can be found at www.facebook.com/MRHallAuthor from January 28th, with one video a week being revealed. The launch of the course will coincide with publication of M. R. Hall’s new hardback The Chosen Dead and new paperback The Flight, both part of the Coroner Jenny Cooper series. Both The Flight, and the first book in the series, The Coroner, were shortlisted for the Crime Writers Association’s prestigious Gold Dagger award for best crime novel of the year.
Six out of the seven videos will only be accessible via the author’s facebook page, but one will be widely available for everyone.

Watch the trailler below:-