Anya Lipska and Where The Devil Can't Go 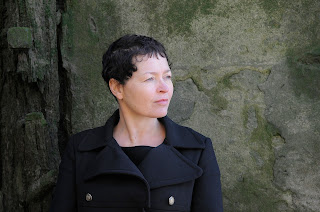 Anya Lipska is a TV Producer and scriptwriter who has worked on a wide variety of programmes ranging from BBC Panorama and Channel 4 Dispatches to documentaries on science, history and the arts.  Where The Devil Can’t Go is her debut novel featuring her two main protagonists Kiszka and Kershaw.  She is currently hard at work on the second book in the series.

I had always assumed I would one day write a book and a few years ago, I decided it would be a crime novel.  However, before I could embark on creating a cast of characters and a twisty turny plot of the sort I enjoy, I needed to find a setting and a subject that interested me.  Then it struck me that London’s Polish community might offer an intriguing and different backdrop for a novel that would be part classic detective murder mystery and part political thriller.  To be strictly accurate, it was my husband who first suggested the idea of a Polish detective living in the East End, but after five years had passed without him writing a word, he generously let me run with it.  Even more importantly, as a Pole himself – who’d, left Poland in the early Eighties when it was still ruled by a Soviet-backed communist regime – he offered a privileged insight to the culture, language and history.

The Poles are the UK’s biggest single group of immigrants.  We interact with them in shops and bars, they work in our homes as builders, au pairs and cleaners, their kids sit alongside our kids at school…but to most of us they remain something of a mystery. 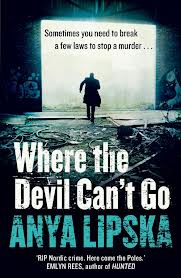 As I began properly to research the book, I decided the old adage ‘write what you know about’ was all wrong.  I think that as long as you do your research thoroughly – and as someone who has worked as a journalist and TV documentary producer for twenty years that was the least of my challenges!  – writing about the unfamiliar is less of a struggle.  Being the outsider allowed me to approach things afresh, as though viewing them through the eyes of a reader.  I did not have to agonise over what people might find interesting about Polish culture and history: I worked on the basis that what grabbed me would probably grab them, too.  My husband’s memories of his upbringing were wildly exotic in comparison to mine: from romantic activities such as picking wild mushrooms, hunting for wild boar and making birch sap wine, to the grim day-to-day reality of Soviet communism – queuing for hours to buy toilet roll and flour, and dared to take part in a pro-democracy demonstration.

The personal details helped me create a back-story for my ‘hero’, the private eye Janusz Kiszka, and its political history gave me my plot.  Kiszka is asked to find a missing 19-year-old waitress by his priest but what looks like a routine missing persons job puts him on collision course with DC Natalie Kershaw, a tough young female detective investigating the murder of another Polish girl.  Janusz soon finds himself embroiled in a sinister conspiracy with its roots in Poland’s Communist era, when he was part of the struggle for democracy.  Returning to his home town of Gdansk, he finally unravels the secret in the cellar of a former secret policeman.

Poland’s extraordinary history also gave me a crucible in which to forge Kiszka’s character.  Half a century of totalitarian rule first by the Nazis and then by Communists, has left a distinctive stamp on the character of the Poles.  Alongside their powerful sense of tradition and a small ‘c’ conservatism, with the Catholic church at its core, lies a visceral distrust of authority and the machinery of state.  Kiszka embodies these contradictions, operating in the shadowlands between criminality and old-fashioned respectability, and prepared to use violence while observing his own, particular moral code.  One reviewer put it well, I thought, when she described him as an ‘anti-authoritarian urban knight’.

While the book clearly isn’t a documentary, I hope readers will take away something of the spirit of the Poles and their culture, their sense of humour, and their extraordinary bravery in fighting for their freedom throughout the twentieth century.  Above all, I hope they think it’s a bloody good read…

Good stuff. A beaut book that deserves a big readership.