Celebrating the return of Easy Rawlins 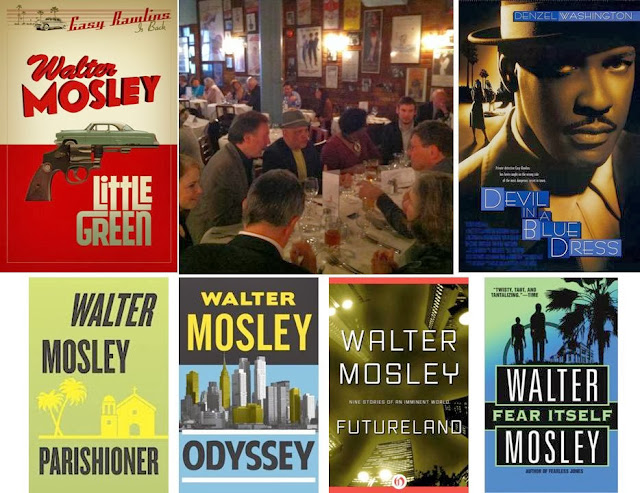 Weidenfeld & Nicolson [a division of Orion Publishing] have been working Walter Mosley hard in the , as we reported at the beginning of the week, with this award-winning writer attending various literary festivals nationally. 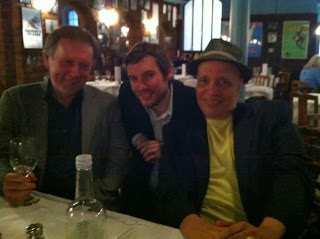 The cause for celebration is that not only did Walter Mosley resurrect his iconic PI Ezekiel ‘Easy’ Rawlins [after the disturbing events at the close of 2007’s Blonde Faith] in Little Green earlier this year, but we hear that Mosley is planning a further Easy Rawlins adventure [and as yet untitled], the 13th in the dynamic series that started with the classic Devil in a Blue Dress.

We really urge you to explore the work of Walter Mosley, as his writing is not just confined to crime fiction, though we have a real soft spot for Easy Rawlins. The writer and reviewer Bev Vincent at Onyx Reviews applauded the return of Rawlins in his overview of Little Green –

There are advantages and disadvantages to having people think you're dead. For one thing, your enemies tend to leave you alone. On the other hand, people feel free to take your stuff and squat in your house. 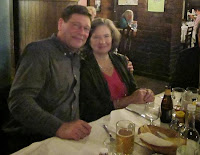 Ezekiel [Easy] Rawlins is a war vet who once liberated a concentration camp. His rugged upbringing made him grow up early—author Walter Mosley says Easy was a man when he was ten and his friend Mouse [real name: Raymond Alexander], a man known in every illegal corner of Los Angeles, was probably a man when he was two. 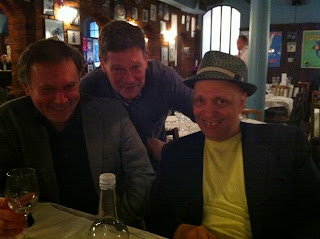 Easy is a rare bird in the 1960s in that he's a black detective. The local police [mostly white] hardly know what to make of him when he flashes his license to keep them from rousting him. He gained the license after helping the police solve a crime that they never would have managed on their own. He has a realistic view of life: we're always at war, he tells a group of young people. Even love is war.

After eleven books featuring his most popular series character, Mosley intended for the 2007 novel Blonde Faith to be the end of Easy. Despondent over a lost love, Easy drove his car over a cliff on the . However, Mosley had a change of heart. Comparisons to Sherlock Holmes' supposed death at and subsequent "resurrection" are inevitable. 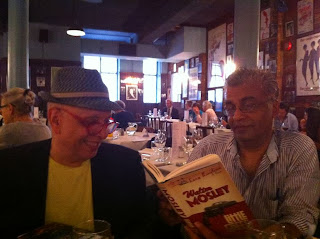 After over two months in a coma-like condition brought about by a concussion and exposure, Easy awakens to find himself in bed in a house rather than a hospital. His friends and his adopted family have been tending to him during his convalescence, assisted by a visiting doctor and a live-in nurse.

From the moment he opens his eyes at the beginning of the book, it takes him nearly four chapters to get out of bed, amble downstairs and eat his first solid food. Realizing that Easy needs to get back on his feet or run the risk of dwindling away, Mouse asks for his help in a routine missing person case. Evander Noon, known as Little Green, the teenage son of a woman Mouse once knew [who now despises the very sun that shines on his back], disappeared after a night of partying on Sunset Strip.

Mosley, through his best-known creation, makes a number of observations concerning injustice, but these are not limited to those inflicted by whites upon their black neighbors. Rather, he digs deeply into the cracks and crevices of black-on-black crime, as well as the numerous, seemingly minor, yet still important random acts of kindness [and yes, cruelty as well] that strangers of similar circumstance bestow upon each other. It is these secondary, so-called background stories that ultimately separate Mosley’s work in any genre from those of his peers and render his Easy Rawlins novels mandatory reading. 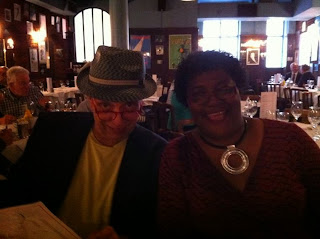 While Mosley’s bibliography would be enviable whether or not he had chosen to bring back Easy Rawlins, LITTLE GREEN represents a most welcome return for one of detective fiction’s most unique and distinctive characters. Here’s hoping that Easy continues to find life worth living for some time to come.

So after much travel in Europe and the , Mosley’s publishers treated a number of the London Crime / Mystery / Thriller Book critics to lunch with Walter Mosley at Joe Allen’s Steak Bar in London’s Covent Garden. Joining Walter were Jake Kerridge [of The Telegraph], Ayo Onatade [of Shots and Crimespree], Mike Carlson, Barry Forshaw, Natasha Cooper [aka N J Cooper] and I. 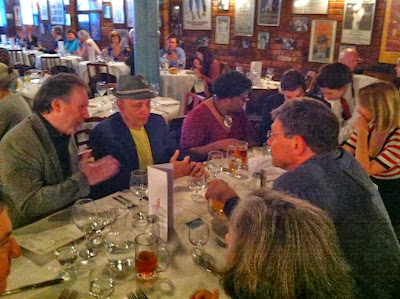 I’d not seen Walter Mosley since Bouchercon 2010 In San Francisco where thanks to Orion Publishing I had the chance to break bread with him, and prior to that Ayo Onatade last saw Walter at Crimescene London a decade ago in 2003.

Lunch was delightful especially as Walter Mosley is a great raconteur, and very funny and so modest about himself. I particularly enjoy his political insight and surreal reflections as well as his wisdom on reality. Over lunch I was excited to learn that Walter has two new eBooks out before the end of the year, Parishioner and Odyssey – and more information on Walter’s work is available here and it includes links to articles Walter has penned; articles that that will challenge the way you think. 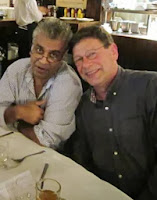 We urge you to seek out Walter Mosley’s fiction, as you will find insight, entertainment and a cast of characters that will remain long in your mind, well after you close each novel.

Shots ezine wish to thank Helen Richardson of Weidenfeld & Nicolson / Orion Publishing for their invitation to the events, and wonderful lunch at Joe Allen in to celebrate the return of Easy Rawlins back in print. 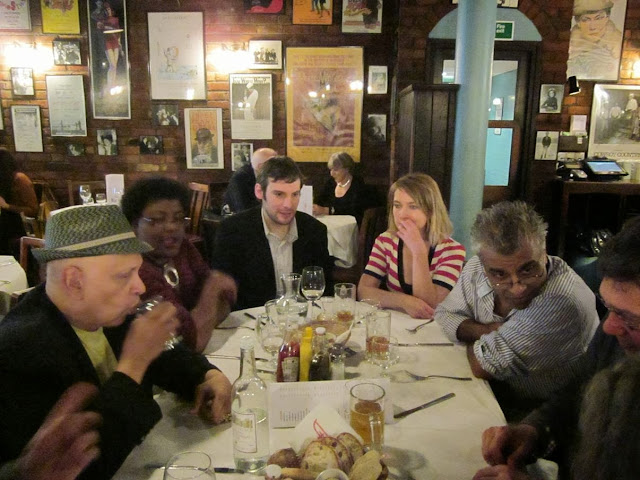