STORYTELLING PROJECT ON THE HARROGATE BUSES 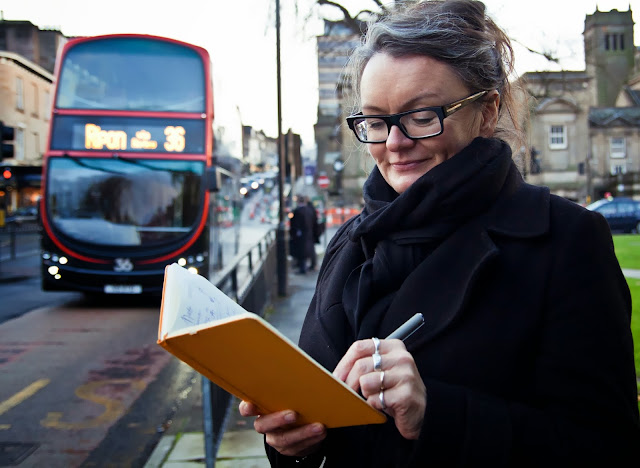 Shots eZine are always impressed with initiatives that prompt literacy, so we’re delighted to hear of this project, organised by those dear folks at the Theakstons Old Peculiar Crime Writing Festival and Headline Publishing.
An internationally published author is spending a week on the 36 bus route to inspire a wealth of stories to celebrate local bus travel.
Julia Crouch, a theatre director and playwright turned author of psychological thrillers, began the 36 Storytelling Project on Monday (18 November) as part of her Writer in Residency for ’s leading crime fiction festival, the Theakstons Old Peculier Crime Writing Festival.

It builds on last year’s success when the Festival joined forces with one of the largest public transport operators, Transdev in , for the 36 Storytelling Project.
This year sees the 50th Anniversary of engineer and consultant Dr Richard Beeching’s report on the future of the railways. In The Reshaping of British Railways, Beeching called for the closure of one-third of the country's 7,000 railway stations, with many towns being removed from the railway map altogether, including rail access between Ripon and

Nigel Eggleton, Sales and Marketing Director at Transdev, said: “This project is a great way to really engage with the communities we serve. It’s been half a century since Ripon’s rail network was axed and we wanted to celebrate how a well-networked bus route through Ripon, Leeds and not only delivers a needed and trusted service to residents, tourists, commuters and day-trippers, but offers ease and comfort. It’s a celebration of the bus network, which is a lifeline.”
Transdev transformed the image of bus travel with its iconic 36 twin-deck vehicles, boasting leather seats, high backs, ample leg room and tinted windows for comfort and style.
Discover Ripon is also supporting the project.
Sharon Canavar, CEO of Harrogate International Festivals, said: “As well as essential for residents, travel networks are crucial for tourism in , including visitors to our festivals. It seemed apt for our Writer in Resident to highlight the fantastic attractions, history and stories along the 36 route.” 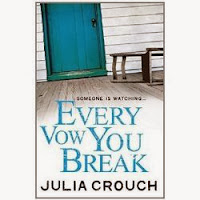 The storytelling project is in association with Headline Publishing Group, publishers of Julia Crouch. Julia, author of the acclaimed thrillers Tarnished, Every Vow you Break and Cuckoo, will work with the drivers, schools and the wider community to collate memories and inspire writing from all sections of bus users along the route, with stops including Harewood House, Fountain’s Abbey and Ripon Cathedral.
This year, the theme ‘What’s in a Name’ asks people to use the names of villages and towns on the route, to inspire historical or imagined stories. Transdev staff will also write their own tale, 36 Whispers.
Julia Crouch said: “It’s worth noting that Booker prize shortlisted Magnus Mills sees his bus driving day job as an important part of the inspiration behind his writing. There's something about a physical journey that lets the imagination wander too. I hope it will help non-bus users see bus travel in a different light. This project is about encouraging the storytelling mind to travel, and the Leeds-Ripon route offers a wealth of starting points. I can't wait for the adventure."
The results will feature in a bespoke, downloadable book on the project. 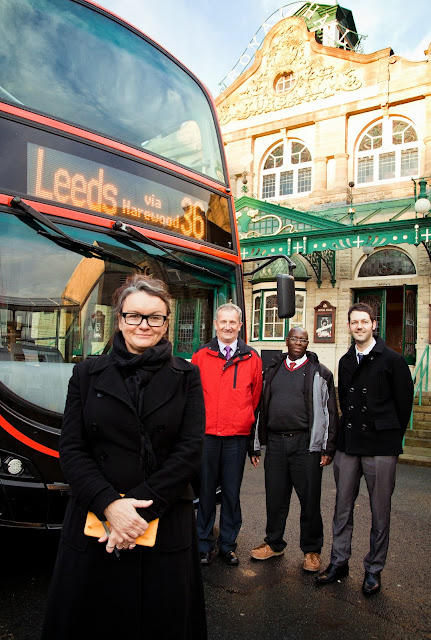 Photo [a] Author Julia Crouch at bus stop
Photo [b] Julia Crouch outside Royal Hall, , and No 36 Bus with Transdev team.

A background to the Harrogate International Festivals

Harrogate International Festivals is the north of ’s leading arts & cultural brand that delivers a year-round programme of arts events, festivals and education and outreach work across the district.
Established in 1966, the charitable organisation has a heritage for delivering the world’s most enthralling performers to ’s doorstep, as well as nurturing local young talent. Its diverse portfolio has dramatically increased the cultural and tourism offer for and the surrounding area.
The Festival’s economic impact doubled from 4.1 million in 2011 to 8.2 million in 2012
Its programmes include:
·         Harrogate International Spring Sunday Series (January – April)
International chamber concert series
·         International Festival (July)
leading international arts festival held throughout July
·         Harrogate Children’s Festival (May-June)
A unique Children’s Festival featuring arts, music, science and literature
·         Raworths Literary & Lecture Series (July)
An exciting literature and lecture series curated by journalist and author Henry Sutton
·         Fringe Festival (July)
Supporting a thriving local arts scene
·         Theakstons Old Peculier Crime Writing Festival (July)
The Festival is the biggest event of its kind in the world achieving huge positive media coverage; in 2012 there were 60 million opportunities to read about the Festival.
·         Theakstons Old Peculier Crime Novel of the Year (April – July)
Prestigious national literary prize in partnership with WhSmith and libraries nationwide
·         International Young Musicians: Autumn Series (September – October)
Young musicians concert series showcasing some of the brightest rising stars in classical, jazz, folk and world music.
·         Reach Out: Year-Round Engagement (January – December)
A year-round programme of events and engagement including Salon North and a wide-ranging programme of community engagement, creative learning and advocacy presented for a broad range of audiences:
·         Musical Mums – Weekly singing project for teenage parents and their babies, using music as a means of encouraging positive activity between mothers and babies. In partnership with NYMAZ.

·         Musical Villages – Half-term world music delivery across the rural areas of the District , targeted at mono-cultural and rural areas. In partnership with NYMAZ.
·         Big Read – The Big Read project increases links across the region between libraries and reading groups, creating new readers.

·         Reader in Residence – Supports on-going literacy delivery and the Festivals “You’re Booked” website to create a national hub for aspiring writers and readers.

·         Young Musicians in Residence – A programme of activity featuring live performance in unusual and unexpected places. Working with local, young musicians and creating a platform for performance.