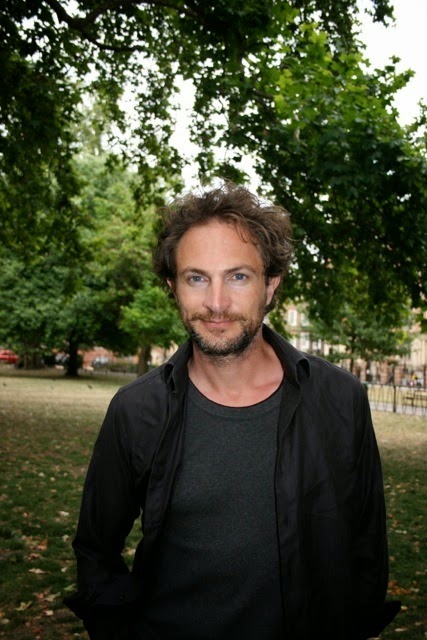 Today’s guest blog is by Marcus Sedgwick. He has published a number of novels including Floodland which won the Branford Boase Award in 2001 and Midwinter Blood which won the 2014 Michael L Printz Award from the American Library Association.  He has also been shortlisted for the prestigious Carnegie Medal.  His novel My Swordhand is Singing won the Booktrust Teenage Prize in 2007 and The Book of Dead Days was shortlisted for an Edgar Award in 2003.

Never judge a book by it’s cover, they say. But we all do. Publishers, being smart, are only too aware of this and for that reason they usually go to great efforts to make the cover of a book as good as it can be.

It’s a stark fact for an author that you can spend some years of your life trying to make the best book that you can, and you might even achieve something worthwhile, but if your publisher puts a stinky cover on your book, no one, with the possible exception of your mother, is going to read it. Now, since I’d already got my mother to agree NOT to read my new book (because she’s been liking my books less and less over the years and this one is more unpleasant than most), I knew more than ever that with A Love Like Blood it was vital that we (the lovely people at Mulholland, and I) somehow put our collective finger on a the right cover.

But what is the ‘right’ cover? One of the most interesting things about being a writer is seeing how your books appear in foreign editions. What this implies, is that at best, each market has a distinctive literary culture into which your book is being published, and at worst, that no one really knows what the ‘best’ cover for your book is.

Here, for example, are four foreign editions of my book “My Swordhand is Singing” next to the British cover.

(If you read any Japanese, French or Italian you will also notice that the title of the book has changed, but that’s a conversation for another day.)

My Swordhand is Singing was a vampire novel, A Love Like Blood isn’t, and yet it’s been pointed out already that it plays with some of the tropes of the vampire novel. In fact, without giving too much away, one of the things the book explores is the idea that ultimately the supernatural cannot be as frightening as what happens in real life. Vampires with Hungarian accents are all very well, but to me, much more alarming is that there are, in fact, a few people who have a strong desire to drink blood, fetishize that act, and maybe murder to allow it to happen.

So when we were trying to get the right cover for A Love Like Blood, it was necessary to take those things into account – a cover that hints at what’s inside, yet doesn’t commit too much. And what a cover should be doing, of course, is trying to make you pick the book up. If it does that, it’s worked.

A Love Like Blood has a somewhat old style, classic feel to it – I wanted very much to keep away from the modern trend for thriller covers with a moody photo and a big bold sans serif typeface, and see if something illustrated would do the job better.

We hunted around for suitable artists for a while, and when we came across this alternative cover for Dracula by Dominic Clifford … 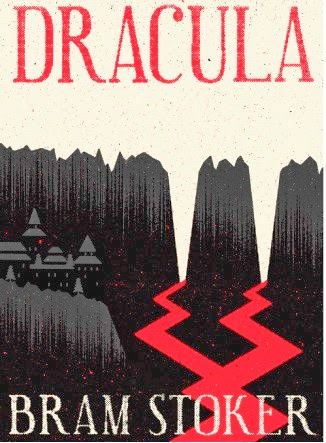 …we thought it was worth seeing what he could do. And what he did is wonderful, I think.

This is how it looks: 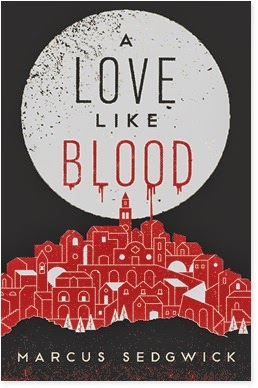 To me this cover is just what we were after – something that looks a bit different, which has a classic feel to it, and which clearly hints that his is a dark book, without giving too much away. In the flesh, I think it looks even better, because that big moon is picked out in elegant silver foil, but of course, these days, as most books are sold online, covers need to work without the need for lavish finishes, and they also have to work small, because that’s how they’ll be seen, onscreen, by most purchasers. And that’s one more skill a cover designer has to master now, to create a cover that works in real size as well as reduced to 300 pixels high.

I think A Love Like Blood meets that criteria, whether it has the pick-me-up factor remains to be seen when the book hits the shelves, virtual or otherwise.

A Love Like Blood by Marcus Sedgwick is out now, £17.99 (Mullholland Books UK)

You can find out more about the author and his work on his website or his blog.  You can also follow him on Twitter @marcussedgwick and catch him on Facebook.
Posted by Ayo Onatade at 07:46