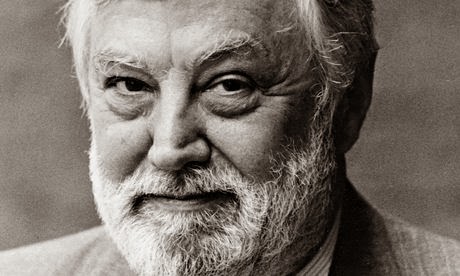 It is with deep sadness that Shots reports the death of Roy Peter Martin, better known to crime fiction fans as James Melville and Hampton Charles, who passed on 23rd March, aged 83, only weeks before his most famous crime series, the novel featuring Japanese policeman Superintendent Otani, was to be brought back into print by Ostara Crime, after a gap of more than thirty years.

Roy Peter Martin was born in London in 1931.  He read philosophy at Birkbeck College and after National Service in the RAF worked in local government and then entered teaching.  In 1960 he became a British Council Officer and thereafter his career was in cultural diplomacy and educational development in Indonesia, Japan and Hungary.  In 1979 he returned to Japan as Head of the British Council and began to write the Superintendent Otani series of crime novels which “provided a vivid and multi-stranded portrait of Japanese society, caught between its traditional (and often hidebound) past and the exigencies of modern life”.  He also wrote historical novels set in Japan and spy novels which drew on his experiences in Indonesia and Hungary.

Carvic (1913-1980).  He was also a noted reviewer of crime fiction for the Hampstead & Highgate Express and a member of the Detection Club.

Series editor for Ostara Crime, Mike Ripley, writes: ‘I knew James/Peter primarily as a reviewer and in particular a very generous reviewer of my own early novels.  After a gap of twenty or so years, I found myself in a position to bring his excellent Japanese mysteries back into print and James/Peter seemed delighted at the prospect.  It is truly depressing that he was not to live to see his books back in print – and as eBooks for the very first time.  He was a gentle reviewer and a fine writer who used his extensive experience of Japan to shed light on Japanese culture and society by showing how the Japanese dealt with foreigners and all things foreign.  That was a difficult trick, but James Melville pulled it off.’

Ostara Publishing are to release new Ostara Crime editions of James Melville’s first three ‘Otani’ novels: The Wages of Zen, The Chrysanthemum Chain and A Sort of Samurai.  Further details on: www.ostarapublishing.co.uk.
Posted by Ayo Onatade at 11:07