BBC ALBA ON THE TRAIL OF THE POPULAR ‘LEWIS TRILOGY’ NOVELS

A new BBC ALBA programme is to follow the path taken by the central character in one of the most popular series of crime novels of recent years.
Sàr-Sgèoil examines Peter May’s Lewis Trilogy in an hour long programme presented by Cathy MacDonald.


The first novel in the series, The Blackhouse, has made the austere landscape of Lewis familiar to an international audience of crime-fiction fans.  The widely translated book has won awards in France, the United States of America and China.  Its follow-up, The Lewis Man, topped the UK hardback bestseller list for 18 weeks and including the third and final instalment, The Chessmen, the trilogy has sold more than one million copies.


The programme sees Cathy travels in the footsteps of Detective Fin MacLeod, the central character of the books.  Her travels take her from her native Lewis to Eriskay in the south. En route, she visits the dramatic locations and meets the real life characters who inspired Peter May in his writing of The Lewis Trilogy. 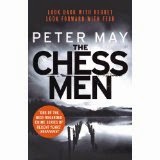 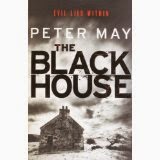 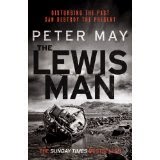 In Ness, Cathy visits the boat shed that inspired the gruesome opening scene of The Blackhouse. It was here that Angel MacRitchie’s body was discovered. Once there, Cathy meets guga hunter Dods MacFarlane, whose personality and stories inspired the character of Gigs MacAulay. MacAulay is described by May in the book: “Physically he was not a big man but he was a huge presence… he had been out to the rock more often than anyone else on the team.”


It was during a conversation with Dods and his fellow guga hunters that Peter developed the storyline for some of the key scenes in The Blackhouse.  Through this meeting, Lewis and the ‘guga isle’ of Sula Sgeir are now as familiar to crime fans around the world as the bleak Sweden of Wallander or the Denmark of The Killing.


In Stornoway, Cathy calls in on Stornoway police station where she conducts an interview with local policeman George Murray, who is more used to being the interviewer than the interviewee.  George inspired Peter May in his creation of the character DS Gunn, who appears in all three novels as sidekick to Fin MacLeod.  The real life George noted his resemblance to the fictional George immediately and thought, “Oh good grief, I hope that’s not me!”


From there, Cathy makes her way to South Uist and Eriskay where the second novel in the trilogy is partly set.  While there, she travels in style in Mary Alex Kirkpatrick’s distinctive pink sports car.   She ascertains whether Mary Alex’s driving bears any resemblance to that of character Morag’s - did she “crunch the car into first gear” and “kangaroo towards the gate, narrowly missing the gate posts”?   Back at the house, Cathy and Mary Alex sit in the lounge in which the second novel’s dramatic and bloody dénouement occurs.


Cathy also meets author Peter May – creator of pioneering Gaelic TV drama series Machair. He explains that his years of working on the soap gave him a wide knowledge of the Lewis landscape, people and culture.  He now lives in France, but says the memory of Lewis never left him and inspired his acclaimed trilogy.


Sàr-Sgèoil: Lewis Trilogy, produced by Caledonia TV for BBC ALBA, will be shown on Tuesday 23 December from 9.00 until 10.00pm.

Look back on SHOTS' coverage for Peter May
Posted by Mike Stotter at 12:38

Email ThisBlogThis!Share to TwitterShare to FacebookShare to Pinterest
Labels: BBC Alba, Peter May, the blackhouse, the chessmen, the lewis man, the lewis trilogy