A Siege of Bitterns with Steve Burrows 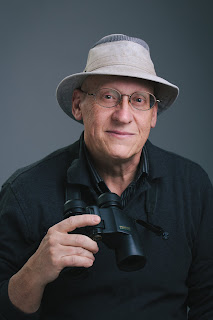 Today’s guest blog is by Steve Burrows who is the author of the novel A Siege of Bitterns. It was named Globe and Mail 100: Best Books of 2014, won the 2015 Arthur Ellis Award for Best First Novel and was shortlisted in 2015 for the Best Mystery Kobo Emerging Writer Prize.

Having spent a long time shaping their novel into a complex, multi-layered story, considering how they can condense it into a tiny fraction of its original size probably isn’t high on any writer’s list of priorities. But perhaps it should be.

When I looked down the ‘to-do’ list my publisher sent me in the lead up to the release of my first novel, A Siege of Bitterns, one item set the alarm bells ringing immediately; produce a series of synopses that captured the essence of the work. And do it in ever-decreasing word counts. Five-hundred, one hundred and twenty-five, thirty, even. Imagine it, a tweet to convey the major points of a full-length novel. It would be easier to create a cast of a hundred and forty characters for your novel.

So where to start? Clearly I had to outline the book’s scope. The series sub-title helped. But A Birder Murder Mystery still left plenty of ambiguities. Are the birders the murderers, or the murdered? Both? Neither? And what about the birding aspect? Do readers need to be birders to enjoy this murder mystery? (No). Do they need any special knowledge about birds or birding? (Again, no.) Is it primarily a murder mystery, then, with birding as merely a sub-theme? (Exactly. Glad you asked.)

After that, it was a case of trying to anticipate what people might want to know about my book. But, of course, this varies wildly from reader to reader. I have a friend who always reads the last page of a mystery first. He wants to know whether the resolution is worth the effort of getting to it. (For the record, I don’t understand this approach either, but I saved him the trouble in this case, and simply told him the answer was a resounding YES). Other friends wanted to know whether the book contained gratuitous violence (no), excessive foul language (no) or sex (yes, in that each character has one).

Still others had specific questions about a particular aspect of the book. Why, for example, did I choose to set my novel in a picturesque seaside village on the north Norfolk coast? There was a reason; three of them, in fact, but they are inextricably tied to other aspects of the story, and offering any sort of a lucid explanation would run well beyond my allotted word counts.


Most, though, acknowledged that the engine of a good murder mystery is a compelling plot, filled with twists and turns and surprises. How did mine stack up? If there’s a formula for answering this in a hundred and forty characters or less, I never found it. All I could do was ask people to read the book and let me know. Many have. I hope you will, too. 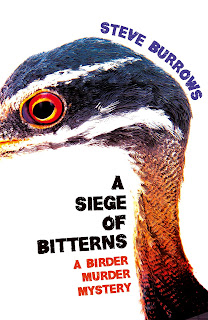 In the end, I decided to concentrate my synopses mostly on the characters. After all, if things continue to go well (three Birder Murders completed already, and another three commissioned), it’s the characters who are going to endure, with whom the readers are going to connect, and in whose lives they are going to invest their leisure-reading hours. So I told people about the young transplanted Canadian Detective Chief Inspector, who has achieved marvelous things already in his short career but now must prove himself all over again to a bunch of skeptical, seasoned coppers in his new posting. And how this task is made all the more difficult since he would really rather be birdwatching than solving crimes. I moved then to the main character’s girlfriend; smart and sassy and very much in love with her man, even if she’s totally befuddled by this birding nonsense of his. The birding doesn’t make much sense to the older sergeant assigned to the new DCI, either. But he recognizes a special talent when he sees one, and he’s prepared to give his new boss all the support he can. He’ll even introduce him the ways and by-ways of the local area as a bonus. The protagonist’s DCS is a smart, savvy politico who recognizes the benefits of having a poster-boy media star on her crew, and so is prepared to indulge his eccentric lines of questioning and his ever more eccentric theories. But not indefinitely.


In the end, I never did manage to convey all this in the thirty words that were allotted to me, or even in one hundred and twenty-five, or five-hundred. But I hope I’ve just demonstrated how it might be done in seven hundred and fifty.

A SIEGE OF BITTERNS by Steve Burrows is published by Point Blank, paperback £7.99.

Domenic Jejeune is a reluctant police hero but an enthusiastic birdwatcher. After he's promoted to a post in the heart of Britain's birding country, his first case involves the murder of an environmentalist. Torn between loyalties to his job and his hobby, Jejeune faces mistrust from his colleagues and self-doubt as he works to solve the case.