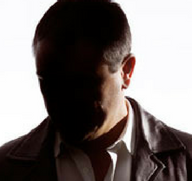 Andy McNab has won the inaugural Ruth Rendell Award for the author who has done the most to champion literacy.


McNab's son Simon accepted the award on behalf of the bestselling author and former soldier at the All Party Parliamentary Writers Group Winter Reception held this evening (6th December).


The award was launched in memory of the novelist Ruth Rendell by the National Literacy Trust and the Authors’ Licensing and Collecting Society, to celebrate writers helping to raise literacy levels in the UK.


McNab last October embarked on a trek to the South Pole in aid of The Reading Agency’s #ReadingJourney appeal and has been open about overcoming illiteracy himself as a teenager. He in the past has called himself "a textbook example of how reading can change your life", with the message "if I can do it, anyone can".


He travelled the length and breadth of the UK, visiting factories, colleges, schools, prisons and libraries to encourage reluctant readers to take up the challenge of reading, and has also contributed four Quick Read novels, 250,000 copies of which have been printed, to raise awareness of literacy issues.


"I’m delighted and very proud to be receiving this award," Andy McNab said in a statement. "The literacy work I do is deeply personal. Had it not been for the education I received from the army as a 17-year-old, when I had the literacy of a nine-year-old, I wouldn’t be where I am today. Receiving this award gives me even more incentive to get out there and make sure that as many people as possible are helped to achieve, and change their lives for the better.”


Baroness Gail Rebuck, who nominated McNab for the Ruth Rendell Award, praised him as an inspiration. She said: “Andy’s honesty and down to earth approach has given so many people of all ages and from all backgrounds the confidence and inspiration to give reading a chance. My nomination is supported by a host of organisations and individuals, from schools, libraries and charities to bookshops and prisons, all of whom have experienced the life-changing benefits of his campaigning work.”


Jonathan Douglas, director of the National Literacy Trust, added: "We’re very proud to be giving the first Ruth Rendell Award to Andy McNab, who is an incredibly worthy winner. He has campaigned tirelessly for the importance of literacy, and has inspired, enthused and encouraged thousands of children and adults to get reading. He has given many the tools to turn their lives around."


Barbara Hayes, deputy chief executive of ALCS, added: “Ruth was for many years an officer of the All Party Parliamentary Writers Group, and a great advocate for writers and literacy, and we’re absolutely thrilled to be involved in this fitting tribute to her”.