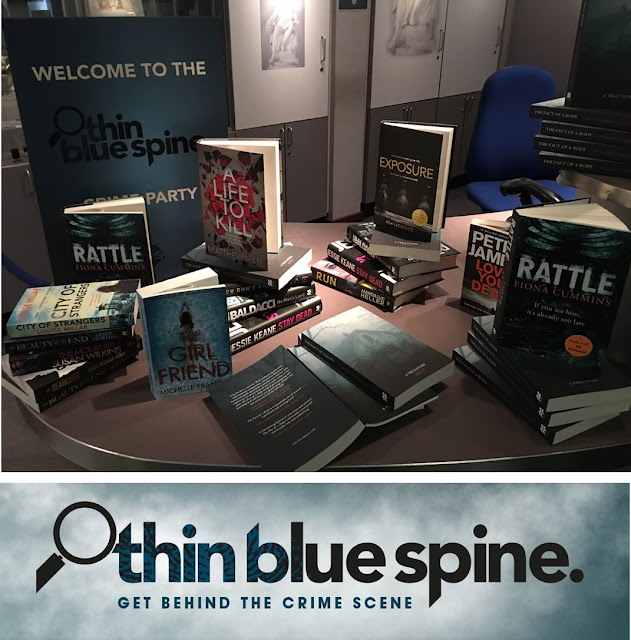 Late last year Literary Publicist Francesca Pearce had been busy contacting various literary commentators with an interest in the darkest edge of literature, Crime, Mystery and Thriller [namely Journalists, Reviewers, Bloggers, Editors, Writers, Booksellers and Literary Agents] - asking us to ‘save a date’ in our busy diaries. Many of us have known Francesca from her days with Penguin UK; as she had recently arrived at Macmillan Publishing;  and as Sherlock Holmes has once remarked to Dr John Watson M.D. ‘the games’ afoot’. 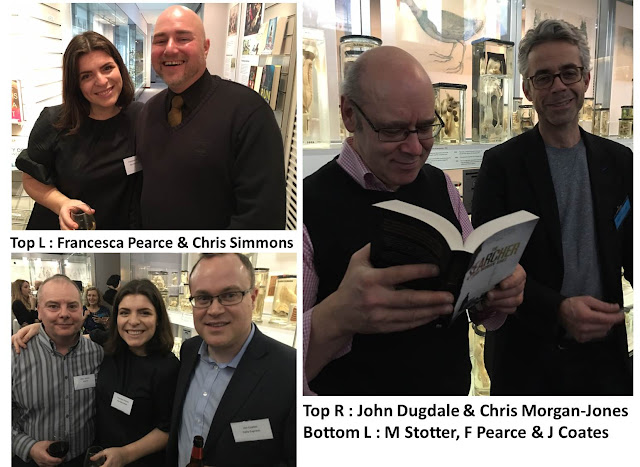 Macmillan [with its various publishing imprints] were planning their first Crime and Thriller Literary Party, one that would showcase some of their 2017 publication list., and also to highlight their web resource The Thin Blue Spine. The venue selected was somewhat apt, the Hunterian Museum within the London’s Royal College of Surgeons., adjacent to The London School of Economics.

Like any party host, as the time approaches one gets nervous as to attendance; for we all lead busy lives but the Macmillan team needn’t have worried for on arrival, it seemed the majority of London’s literary community had arrived. The Museum was decked out with advance copies of their 2017 output, promotional material, fine wine and canapes all in a convivial and surreal venue. 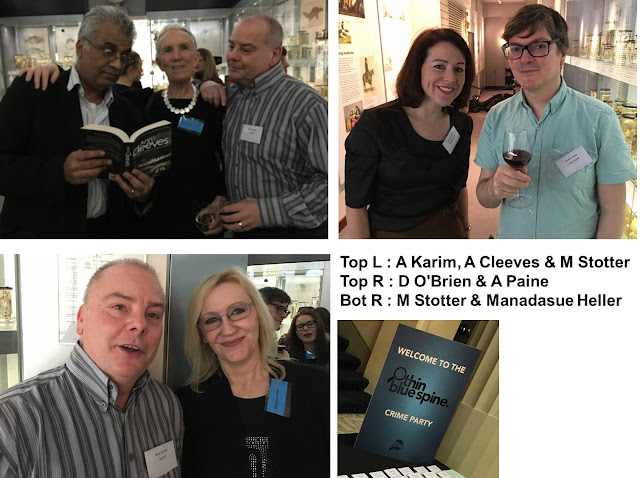 Macmillan’s Crime and Thriller List had grown to become one of the most intriguing, so it was of little surprise that the invited guests came in significant numbers. Many of Macmillan’s authors were present, and they mingled with the guests. It was good to meet up with Mandasue Heller, who had recently joined the Macmillan stable and had her novel RUN out on release. Mandasue and I laughed recalling the times we would bump into each other at Waterstones Deansgate, Manchester when Lee Child started publishing his Jack Reacher novels nearly two decades ago. It was also great to congratulate Ann Cleeves for her CWA Diamond Dagger that was to be awarded to her from the Crime Writers Association. For Macmillan, this would be the second consecutive year that one of their authors received the highest accolade in crime writing, as in 2016, the CWA Diamond Dagger was awarded to Peter James, a writer also at the top of his game after much hard work, developing his Roy Grace Thrillers. 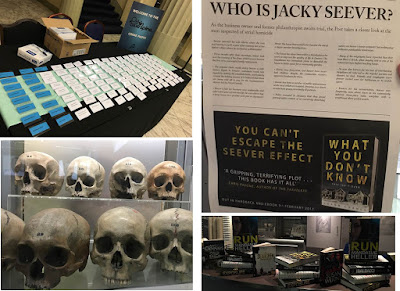 I chatted with Ann and was delighted that she would be recognised by her peers made even more wonderful after so many years of her championing the work of other writers. I reminded her that much of the fascination and popularity for Scandinavian and Nordic Crime Fiction in the UK was ignited during the inaugural Theakstons’ Crime-Writing Festival hosted in Harrogate in 2003; when she with colleagues showcased translated work. During that event her out-reach work with libraries was much applauded. I too share Ann’s enthusiasm for promoting libraries in this post-fact world.

I was also delighted to meet author Chris Morgan-Jones again as we first met at Crimefest Bristol when he debuted with An Agent of Deceit which he quickly followed up with this book. I told him that I enjoyed his latest novel The Searcher as had fellow writer David Edgerley Gates who I recently interviewed, and who was also a fan of his work. 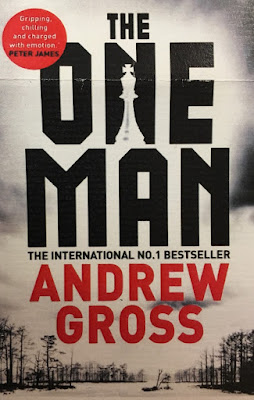 So it was time to mingle again; and the canapes were excellent as was the wine selection which helped lubricate the proceedings. It was good to see Macmillan’s renowned senior team arrive, including Philippa McEwan, Maria Rejt, Wayne Brookes among many others.

I mentioned to Jeremy Trevathan of my unbridled enthusiasm for the new direction that Andrew Gross’ writing had taken upon joining Macmillan after many years with HarperCollins - with last year’s The One Man, and was looking forward with impatience for the follow-up.

It was soon time for Macmillan’s renowned publisher Jeremy Trevathan to welcome the assembled to the Party, which we have recorded for our readers here –

For more information about the upcoming work in 2017, click here and for The Thin Blue Spine click here 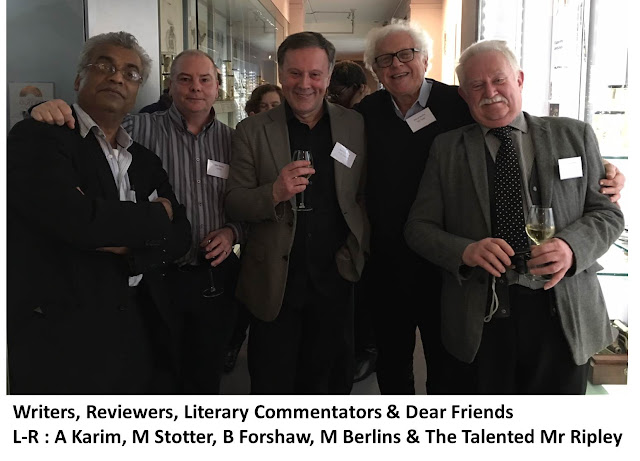 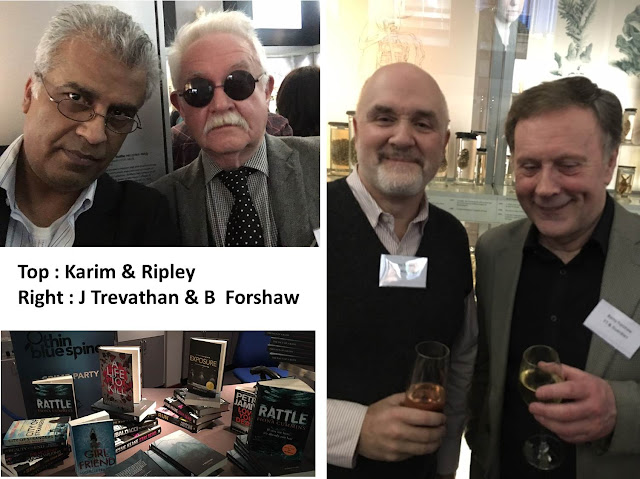 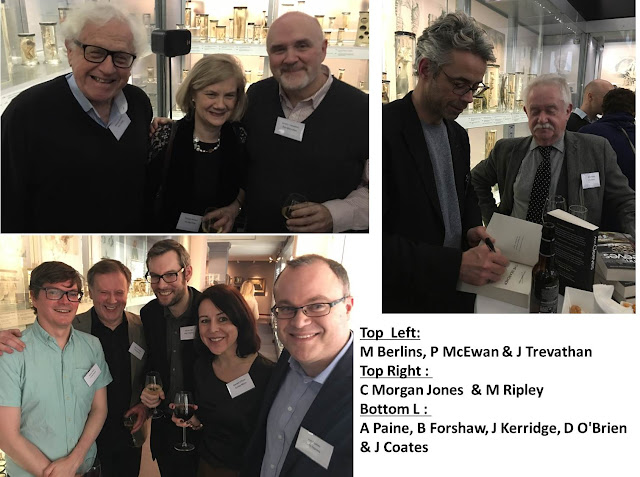 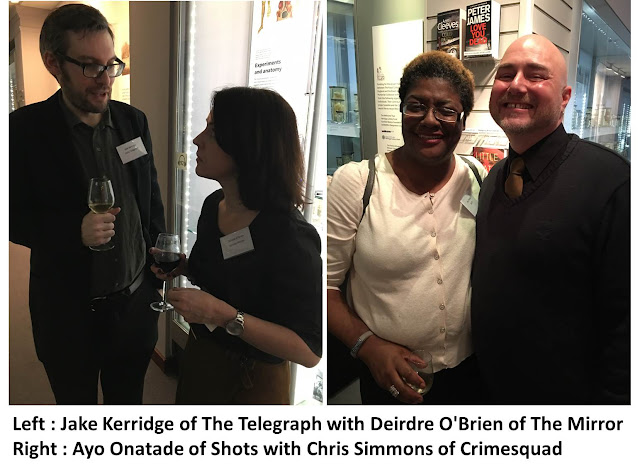 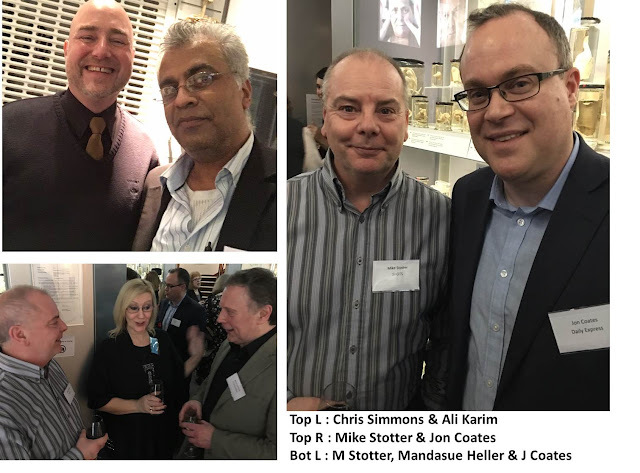 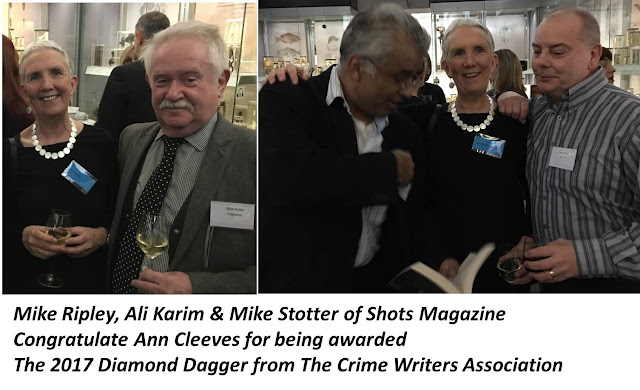