In the Shadow of Sherlock by Mick Finlay 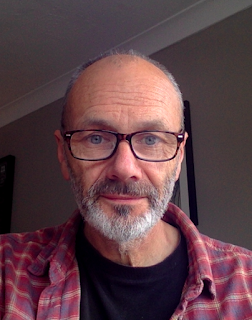 The Arrowood series is very much inspired by Sherlock Holmes. The idea for the character of my detective, William Arrowood, came to me while I was reading the Holmes stories one day. I began to wonder how other private detectives might have felt about Sherlock if they were trying to earn a crust in London at the same time as him. There really were both male and female consulting detectives working in Victorian London at the time, people such as Paddington Pollaky, Charles Field and Kate Easton. While most private detective work involved collecting evidence for divorce cases, other more interesting tasks were also done, such as Pollaky’s work collecting evidence of Confederate arms shipments. Putting myself in these early sleuths’ shoes, I thought I might be a little envious, perhaps even bitter, about the success of a Sherlock Holmes-type character. I might even doubt his methods. It was that thought that led to the creation of Arrowood.

Because he’s a rival to Holmes, I needed him to be a very different type of man. In contrast to Holmes, he’s overweight with no interest in sports, a bit of a coward, a glutton, and also an emotional man. He lives among a ‘modern’ extended family which grows from book to book and overcrowds his home. And rather than relying on forensic evidence, he devours Victorian books on psychology and personality and tries to apply those ideas to his crimes.

Sherlock is alive and working in the same city as Arrowood, although in the first four books he never actually appears. He sends Arrowood a couple of telegrams, his cases make newspaper headlines, and Arrowood tries unsuccessfully to visit him, but we never see him. Readers often ask me if they’ll ever meet, but so far I’ve avoided writing scenes where Sherlock actually appears. Although there are some fantastic authors publishing books featuring Sherlock, I didn’t feel I could take Doyle’s character and write him myself. It was a personal decision, and I certainly don’t think it’s wrong to do, but so far I haven’t felt comfortable enough to do it. Partly because I wanted my novels to be filled with my own characters, but also because I didn’t want the ghost of Conan Doyle to judge me for overstepping. And I do feel him sometimes, breathing heavily behind me as I tap away at my keyboard.

I love the Sherlock stories. The secondary characters are a joy, and Holmes’s sense of humour, particularly in how he teases Watson and the police, is great fun. The stories are incredibly well-formed, and Holmes himself is a complex man of weaknesses as well as strengths. I’m a huge fan. That said, Conan Doyle was a man of his time, and we get a good sense of him through his letters, collected in a fascinating volume by Jon Lellenberg, Daniel Stashower and Charles Foley. The Holmes stories reflect who Doyle was and the tastes of the audience at the end of the nineteenth and beginning of the twentieth century. Reflecting the beliefs and attitudes of polite society, there are places that Doyle wouldn’t go in the Sherlock stories, and places that many modern readers might wish he hadn’t. For example, while Doyle deals with the British empire mainly through backstories of adventure and intrigue, he doesn’t deal with the plight of colonised peoples. And while Jack the Ripper killed at least five women in 1888, and the first Holmes story was published in 1887, Holmes never takes up a similar case of serial killing. Holmes also has some rather sexist views about women, and Doyle’s description of non-white characters are often stereotypical and racist (although the Adventure of the Yellow Face is a good counter). When I started writing Arrowood books, I wanted to portray a more realistic London than we see in the Holmes stories, one where we see disability, the Irish question, crimes against women, racism and the appalling poverty up close. It’s here where I feel I need to step out of Sherlock’s shadow, and try to get closer to what life was like in those days. The Arrowood books aren’t preachy, they’re character- and plot-driven, but they don’t hide the bad stuff. And as to whether Arrowood and Sherlock will ever meet, well, if I can ever shake that sense of Doyle’s ghost watching me, it might just happen. 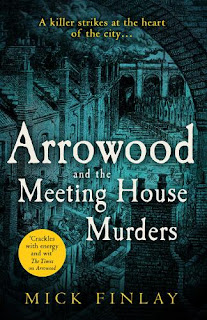 London Society takes their problems to Sherlock Holmes. Everyone else goes to Arrowood. Nowhere to hide. London, 1896. As winter grips the city, a group of African travellers seek sanctuary inside the walls of the Quaker Meeting House. They are being hunted by a ruthless showman, who is forcing them to perform in his ethnic exhibition in the London Aquarium. Nowhere to turn. Private investigator William Arrowood and his assistant Barnett agree to help the travellers avoid capture. But when they arrive at the Meeting House, they find a scene of devastation. Two people have been murdered and the others have fled into the night. Nowhere to run. The hunt for the real killer leads Arrowood into the dark heart of Victorian London. A shadowy world of freak shows, violence and betrayal, where there are no good choices and only the slimmest chance of survival...