In The Spotlight: Jane Casey 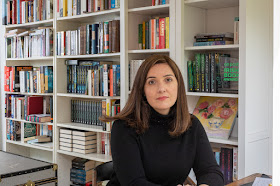 Jane Casey is the author of two different series Maeve Kerrigan a Detective Sergeant and her YA (Young Adult) featuring Jess Tennant. Her novel The Stranger You Know won the Mary Higgins Clark Award. she has also been shortlisted for the Irish Crime Novel of the Year Award four times (with her novels Into The Fire winning in 2015 and Cruel Acts in 2020 Irish Crime Book of The Year) She has also been shortlisted for the CWA Dagger in the Library Award

I’m currently reading The Heights by Louise Candlish, which is coming out soon. It’s incredibly gripping, as you’d expect!

One of the authors that made me want to be a writer was Mary Stewart, who redefined the thriller in the second half of the twentieth century and put women at the heart of the story. It’s impossible to choose a favourite but Wildfire at Midnight is a superb murder mystery, set in an isolated hotel on Skye. The writing is sensationally good; I’ve read it so many times I could probably recite quite a lot of it!

I’d love to have dinner with Lord Peter Wimsey and Harriet Vane, even though I’d be the gooseberry! Their conversation would be impeccable and I’m confident that Wimsey would pick good wine. They’re a fascinating couple to me (and generations of readers).

I imagine stories that I have no intention of writing. Because reading and writing were my hobbies before they became my job, they’ve lost some of their power to make me relax, but daydreaming is still pure joy. I love sharing my characters with readers, but equally it’s nice to have some that are just for me, at least for now.

I really wish I’d written The Secret History by Donna Tartt. It’s impossible to imitate, let alone better, although the ingredients have been pawed over many times. The plotting is wholly original but feels inevitable, the writing is glorious and often very funny, the characterisation is spot on and the atmosphere is a perfect combination of glamour, wholesome New England academia and seedy decay. My heart always sinks when a book is branded as the new The Secret History; it never feels fair to the author.

I’d say the same thing I tell myself every day: the work is the only thing that matters. The rest, whether it’s sales or awards or reviews, is just noise. Publishing tends to focus on the first year of a book’s life but books last for a very long time; I try to set my sights on writing for the long term, not the next deadline.

How would you describe both your series characters?

Maeve Kerrigan is a detective sergeant in the Met Police, on a murder investigation team, and Josh Derwent is her DI. Maeve is something of a goody-two-shoes and doesn’t always fit in with the prevailing police culture – she’s a natural outsider. Josh was only ever meant to be in one book but he elbowed his way into becoming a main character, which is very much how he conducts himself. Abrasive, cutting and an alpha male, his saving grace is that he has a heart of gold that comes with decency and honesty. I absolutely love writing them; they bicker and test one another but at the foundation of it all is love and respect.

Last Bus to Woodstock, the first of the Morse novels by Colin Dexter, is a real favourite of mine. All the elements of the later books are there and the setting feels very much like the real Oxford – a living city rather than a film set. Of course Gaudy Night by Dorothy L. Sayers is the ultimate book about the university, even though it’s very much of its time. It poses some questions about the value of learning, particularly for women, that are still being mulled over today. If I can have a third (given that it’s non-fiction) Jan Morris’s wonderful book Oxford is a spectacular and very enjoyable evocation of the city past and present. 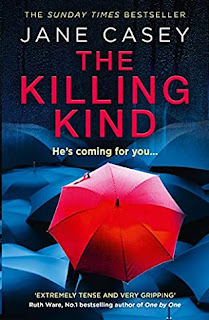 He tells you you’re special… As a barrister, Ingrid Lewis is used to dealing with tricky clients, but no one has ever come close to John Webster. After Ingrid defended Webster against a stalking charge, he then turned on her – following her, ruining her relationship, even destroying her home. He tells you he wants to protect you… Now, Ingrid believes she has finally escaped his clutches. But when one of her colleagues is run down on a busy London road, Ingrid is sure she was the intended victim. And then Webster shows up at her door… But can you believe him? Webster claims Ingrid is in danger – and that only he can protect her. Stalker or saviour? Murderer or protector? The clock is ticking for Ingrid to decide. Because the killer is ready to strike again.