Goldsboro Books and the Historical Writers' Association are pleased to announce that the shortlist has been selected for the inaugural HWA/Goldsboro Prize for Debut Historical fiction.  Four books were selected from a strong entry in our first year and the names of the authors and their titles will be announced on 14th July at the Festival of Historical Literature which is held at Kelmarsh as part of the Festival of History.  The winner of the £2,000 prize will be announced at History in the Court at Goldsboro Books in Cecil Court in London on the 28th of September.  More information can be found here.

According to Book2Book after 100 years Bram Stoker’s contract for Dracula is about to be made public.  The sprawling, archaic handwriting may be difficult to decipher, but a few of the key words are clear: "The Un-Dead".  The document, seals the publishing pact that gave the world what remains, more than 100 years later, its most celebrated horror novel: Bram Stoker's Dracula.  Publishers Constable & Robinson are to publish the novel in its original form along with the contract.  There is a full article in the Independent.

As reported earlier by Shotsblog Paramount are suing the Puzo Estate over the forthcoming prequel The Family Corleone.  Unsurprisingly, the Puzo Estate are now counter-suing claiming that Paramount interfered with a publishing contract and breached its 1969 copyright agreement with his father.  The Businessweek.com article goes into a bit more detail. 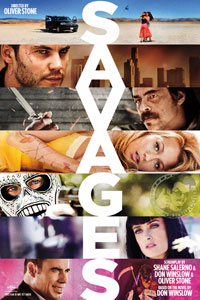 The first poster for one of the most anticipated films this summer the crime thriller Savages, which is adapted from the novel by Don Winslow,  has been released by the studio.  Directed by Oliver Stone from a screenplay co-written by Stone, Winslow, and Shane Salerno, the film features an all-star ensemble cast of Taylor Kitsch, Blake Lively, Aaron Johnson, John Travolta, Uma Thurman, Benicio Del Toro, Salma Hayek, Emile Hirsch and Demian Bichir.

Laguna Beach entrepreneurs Ben (Johnson), a peaceful and charitable Buddhist, and his closest friend Chon (Kitsch), a former Navy SEAL and ex-mercenary, run a lucrative, home-grown industry — raising some of the best marijuana ever developed.  They also share a one-of-a-kind love with the extraordinary beauty Ophelia (Lively).  Life is idyllic in their Southern California town … until the Mexican Baja Cartel decides to move in and demands that the trio partners with them.

When the merciless head of the cartel, Elena (Hayek), and her brutal enforcer, Lado (Del Toro), underestimate the unbreakable bond among these three friends, Ben and Chon — with the reluctant, slippery assistance of a dirty DEA agent played by Travolta — wage a seemingly unwinnable war against the cartel.  And so begins a series of increasingly vicious ploys and manoeuvres in a high stakes, savage battle of wills.  Savages opens in the US in July

According to the BBC they are to adapt James Herbert's best-selling ghost story The Secret of Crickley Hall for BBC One and it will star former Coronation Street star Suranne Jones who has been seen lately in the police drama Five Days.

The BBC are also set to do another four new feature length films of the Inspector George Gently police procedurals.  This time the year is 1968 and the first Gently with Class sees a darker side of 1968 as the social landscape of the Western World is being shaken to its core.  In Paris, riots rage as the workers and students take to the streets.  In the United States, thousands rally against the Vietnam War.  And in England, antipathy for the upper class’ outmoded social graces and their abuse of privilege is growing by the day.  The dramas are due to be shown later on this year.

According to The Hollywood Reporter,  Copper the BBC America is due to premier on 19th  August 2012.  Copper is described as a gripping crime series set in 1860s New York City, and centres on Kevin Corcoran (Tom Weston-Jones), an intense, rugged Irish-immigrant cop working the city’s notorious Five Points neighbourhood and grappling to maintain his moral compass in a tumultuous world.  He returns from the Civil War to discover his daughter is dead and his wife has disappeared, a storyline that will be explored during the series.  His friendship with two war compatriots — the wayward son of a wealthy industrialist and a physician who secretly assists Corcoran with his work — takes him to the opposing worlds of elegant Fifth Avenue and rural Harlem.  All three men share a secret from their experience on the battlefield that inextricably links their lives forever.

The 24th Annual Lambada Literary Awards have been announced and the full list and press notice can be found here.  The nominees in the Lesbian Mystery Category are as follows –
Dying to Live, by Kim Baldwin & Xenia Alexiou, Bold Strokes Books
Hostage Moon, by AJ Quinn, Bold Strokes Books
Rainey Nights: A Rainey Bell Thriller, by R.E. Bradshaw, R.E. Bradshaw Books
Retirement Plan, by Martha Miller, Bold Strokes Books
Trick of the Dark, by Val McDermid, Bywater Books
Congratulations to all the nominees.  Winners will be announced at a Monday evening, June 4th ceremony in New York at the CUNY Graduate Center (365 Fifth Avenue) with an after-party at Slate (54 West 21st Street).

The Left Coast Crime Convention is an annual event sponsored by fans of mystery literature for fans of mystery literature, including both readers and authors and has recently taken place.  The following awards were given out:-
The Lefty for best humorous mystery novel: The Real Macaw by Donna Andrews (Minotaur)
The Bruce Alexander Memorial Historical Mystery Award: Mercury's Rise by Ann Parker (Poisoned Pen Press)
The Golden Nugget is a special award given to the best mystery set in California, in recognition of the location of this year's convention: City of Secrets by Kelli Stanley (Minotaur)
Eureka!  is a special award this year for the best first mystery novel.  Nazareth Child by Darrell James, (Midnight Ink)
The Dilys Award given by the Independent Mystery Booksellers was also announced.  The winner was Ghost Hero by S.J. Rozan (Minotaur)

The nominees for the 2012 Thriller Awards  have been announced by the International Thriller Writers organization, recognizing the best in crime thriller fiction.  The winners will be announced during ThrillerFest VII in New York City this July, 2012.

According to Variety Inferno Entertainment has optioned Harlan Coben’s 2008 novel Hold Tight.  Hold Tight is the story of a concerned father who must shield his family from criminals and fight for their survival after his son accidentally exposes them via the internet.

Interested in seeing what the new Superman logo will look like?  Then look no further.  Superman: Man of Steel was due to originally be out in cinemas December 2012.  However the release date has been changed to June 2013.  I certainly hope that it will be worth the wait.

Brilliant interview with Lee Child in the International Thriller Writers monthly webzine The Big Thrill where he talks about The Long Game: Lessons on Success.  A really good insight into what it takes to be a successful writer.

The Independent’s Invisible Ink No.117 has an excellent article by Christopher Fowler on Sexton Blake and Bulldog Drummond.

Want to know what distracts Donna Leon from writing, what she is currently reading and who her favourite author is?  If you do then read the Independent’s One minute with Donna Leon for the low down.

Elizabeth Haynes second novel Revenge of the Tide was published recently and she talks to Danuta Kean about swapping criminology for pole dancing in her latest thriller.

Interested in knowing how and why James Patterson’s books sell so well despite the fact that most of them are done with collaborators?  The Wall Street Journal’s online Arts and entertainment magazine Speakeasy talks to James Patterson, who explains how his collaborations work and why he has to have a colour coded calendar to keep track of the number of books that are being published each year.

Ahead of the London Book Fair editor Katherine Armstrong at Faber & Faber have acquired a major new crime thriller Playing Dead by American journalist Julia Heaberlin.  Faber will publish the book in two months’ time.  Faber will publish first as an e-book in June, before releasing the mass-market paperback in July 2012.

According to the Bookseller UK-based Reelart Media has bought film rights to Wilbur Smith's Those in Peril (Pan Macmillan), with plans for a release in 2014.  A sequel Vicious Circle is due to be published in 2013 and will once again feature Hector Cross first introduced to readers in Those in Peril.  Next year will mark Wilbur Smith’s 50th anniversary as a novelist.

According to the BBC, former Dr Who star David Tennant is set to play a French spy in the BBC adaptation of Alan Furst’s best-selling novel The Spies of Warsaw.  The Spies of Warsaw is set in Berlin, Paris, London and Poland in the years leading up to the war. 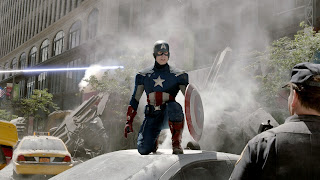