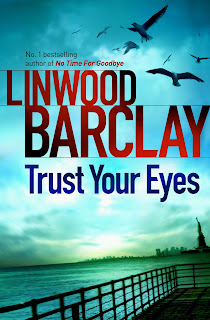 Well today is when Linwood Barclay’s tremendous thriller TRUST YOUR EYES is released from Orion Publishing, and we have other big news about this rip-roaring novel.

When I read an exceptional crime / thriller, I am known for my excitability, and when I put this book down, it felt like I had been mainlining espresso into my aorta. I have followed Linwood Barclay’s work since his breakout novel NO TIME FOR GOODBYE, and as much as I found last years THE ACCIDENT captivating, little prepared me for the intensity and elegance of TRUST YOUR EYES. During the reading experience, I found myself laughing, touched, puzzled, horrified and even as a reader who sees well beyond ‘technical miss-direction’ in a narrative, this book got me every time.

We have published a feature review at Shots today to celebrate the launch of Trust Your Eyes and it is one of my lengthier peices, though there are no plot spoilers, it does contain considerable detail, and analysis, so you have been warned - it is located here. This feature has been edited down by our Editor Mike Stotter, and an even more lengthy review and analysis with an interview with Linwood is featured later this week at Jeff Peirce’s The Rap Sheet. 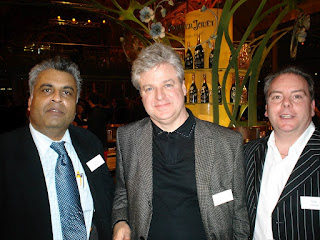 After reading the last word, I sat in total silence - then I re-read the prologue, and then understood the significance of what I considered Barclay’s theme in Trust Your Eyes. The windows that we open in our lives to show people who we are, may have less significance than what we don’t show people; because most of the time we place curtains over these windows in order to protect ourselves from what fate, circumstance and the decisions we’ve made have shaped who we are. Many times these glimpses can be very ugly, that’s why the view from the window should be guarded. Revealing one’s inner self sometimes allows us to understand how we became who we are.

Phillips' production banner Green Hat Films has a first-look deal at WB, which won the book in a bidding war. Studio has been supportive of Phillips' decision to branch out into other genres after a string of hit comedies, including "Due Date" and the "Hangover" trilogy.

Phillips will produce and Jon Silk will co-produce. Barclay will exec produce with Scott Budnick and Mark O'Connor of Green Hat. WB exec Niija Kuykendall will oversee for the studio.-

Described as a cross between Alfred Hitchcock's "Rear Window" and Barry Levinson's "Rain Man," story follows a schizophrenic, map-obsessed savant who witnesses a murder online on 's . He insists that his older brother investigate, and the siblings cross paths with a politically connected ex-cop and his ice pick-wielding henchwoman.

We’re blessed that Barclay has another book out early 2013 in the entitled ‘NEVER SAW IT COMING’, [available as an eBook in the currently]; it’s a coda to his breakthrough ‘NO TIME FOR GOODBYE’ and the novella ‘CLOUDED VISION’, because this week, his work just enriched my life. 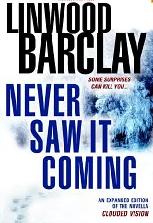 And remember, for those of you attending Bouchercon in Cleveland next week, Linwood Barclay will be there, to sign copies of Trust Your Eyes. Also joining Linwood will be his Editor at Orion Publishing Bill Massey and his agent Helen Heller, two of the top professionals in contemporary publishing.

The Shots team this year will be represented by Mike Stotter, Kirstie Long and I on the adventure that is Bouchercon.

In case this post has not wetted your appetite for this elegant thriller, here’s a book video and this is an excerpt read by the author – you’ll be hearing a great deal about this novel, because you need to trust your eyes.