Julia Crouch On Getting Stuck 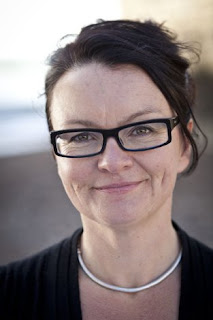 Today’s guest blog is by Julia Crouch a former theatre director, playwright and graphic designer. Her debut novel Cuckoo was published in 2011 to wide acclaim. Her third novel Tarnished was recently published.

Terry Pratchett said: 'There's no such thing as writer's block.  That was invented by people in California who couldn't write.'

I tend to agree with him.  However, in my experience, it is quite possible for a writer to get stuck.

If, like me, you are a pantser you might have reached a point in your unfolding story where you have no idea whatsoever what is going to happen next.  Or, if you're a plotter, you may be realising that you've lost all faith in your once-lovely outline and you're just slavishly going through the motions to get from point A to point B.

Or perhaps it's a crisis of confidence that's stopping you – every word that comes out of you is rubbish and the order you're putting them down in is embarrassingly inept and whatever gave you the temerity to think you could write anyway?

It's insanely easy to work yourself up into this kind of lather when you sit on your own all day with only Google and twitter and Facebook and email for company.  Everyone else seems to be having a ball but you can't string even one word together (and yes, it is impossible to string one word together, but it gets to the point when you can't even see that).

Or perhaps you're about twenty thousand words into your novel and all you can see is this mountain of unwritten words towering over you, paralysing your typing fingers.

Every writer has been there and those of us who say we haven't are just indulging in fiction.

But what to do when these paralysing moments hit you?  Particularly if you are under contract to produce a manuscript by July and it's April and you know that if you don't hit your two thousand daily word count you're not going to make it?  (Did that sound as desperate as it feels?).

I have two methods for you.  The first is to write your way out of the hole.  Disable the internet for ninety minutes, tell yourself that you are allowed to fail, and then write really quickly without worrying about the outcome.  I aim for 1500 words in the time it takes for the internet to come back on again. 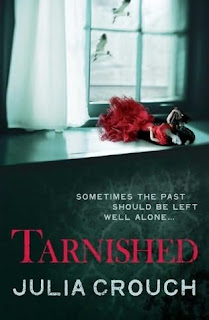 The second is to stop.  Get up from the desk, move away from the laptop, and do something else.

I might go to the cinema or an art gallery  (I call this feeding my beast.).  Or perhaps I'll take a bath.  It worked for Archimedes...  But my favourite way of stopping is plugging my headphones into my iPhone, putting on my trainers, and going for a long walk (or a run if I haven't already done that).

I have to have music while I move, and I choose it carefully: whether instrumental or with lyrics, it has to fit the mood of the section I'm working on.

While I'm walking I don't consciously think about the problem I'm having.  I don't expect a solution.  Instead I focus on my breathing and count my steps.  This is all stuff I learned studying meditation: it clears the mind, puts the brain into a neutral and receptive state.

I'm lucky because from my Brighton home I can walk for fifteen minutes and be up on the South Downs, down by the sea or in the centre of town.  But it doesn't matter all that much where I go.  Sometimes I notice what's around me, others I allow it to wash over me.

Then (hopefully) the magic begins: the problem begins to loosen, the ideas begin to flow.  I have a little microphone on my headphones and I use the voice recorder on my iPhone to take notes without breaking stride.  I used to carry a notebook, but, such is the effectiveness of this technique, all the stopping and starting got really tiresome.  If I'm lucky, by the time I get back home I am itching to get at the keyboard, play back my voice notes and get started.

Very occasionally none of the above work. What to do then?  Visit Lastminute.com.  It's probably time for a holiday somewhere warm.  But don't forget the notebook, because as with writer's block, there's no such thing as a writer's holiday.  As Stephen King said: 'I used to tell interviewers that I wrote every day except for Christmas, the 4th July and my birthday.  That was a lie..  The truth is, when I’m writing, I write every day.  That includes Christmas, the fourth and my birthday.'
Tarnished - Peg has never thought to query her family background despite her strange childhood until she meets the straight-talking Loz who reckons she understands the world of psychotherapy.  As the skeletons start falling out of the family closet, Peg wonders if truth and honesty are such good things after all.