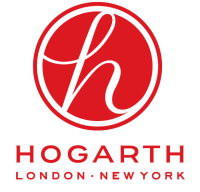 Gillian Flynn, author of the critically acclaimed, multi-million copy bestseller Gone Girl, will write a novel based on Hamlet for the Hogarth Shakespeare series, a major international publishing initiative across the Penguin Random House Group that presents retellings of Shakespeare for contemporary readers by some of today’s best-known international writers.
One of the most influential plays in literature, Hamlet is also Shakespeare’s darkest psychological tragedy. Flynn says, ‘Hamlet has long been a fascination of mine: murder, betrayal, revenge, deceit, madness ‒ all my favorite things. Add to that some of Shakespeare’s most intriguing, curious characters ‒ from the titular brooding prince to rueful Ophelia ‒ and what (slightly cheeky) writer wouldn’t be tempted to reimagine it?’
Flynn joins an illustrious line-up of novelists on the Hogarth Shakespeare list: Margaret Atwood has chosen The Tempest, Tracy Chevalier Othello, Howard Jacobson The Merchant of Venice, Jo Nesbo Macbeth, Anne Tyler The Taming of the Shrew and Jeanette Winterson The Winter’s Tale. The series, led by Hogarth UK in partnership with Hogarth US, will launch to coincide with the 400th anniversary of Shakespeare’s death in 2016. A publication date for Flynn’s contribution to the series has not yet been announced.
Becky Hardie, Deputy Publishing Director, Chatto & Windus/Hogarth (UK) and Alexis Washam, Senior Editor, Hogarth (US) and Crown, acquired world rights in all languages from Stephanie Kip Rostan of Levine Greenberg Rostan Literary Agency, Inc.
Gillian Flynn, whose novels are published in the UK by Weidenfeld & Nicolson, is also the author of Sharp Objects and Dark Places. Flynn has received two CWA Daggers and was also shortlisted for the CWA Gold Dagger for her first novel Sharp Objects. Gone Girl, her third novel, was published in 2012 and, since then, has sold nearly 6.5 million copies internationally across all formats. The book was a #1 Sunday Times bestseller and remained in the top ten for 26 consecutive weeks.
In October 2014, Gone Girl will debut on the big screen as a major motion picture produced by 20th Century Fox, directed by David Fincher (The Social Network, The Girl with the Dragon Tattoo, Fight Club), starring Ben Affleck, Rosamund Pike, Neil Patrick Harris, Tyler Perry, Emily Ratajkowski and Sela Ward. Gillian Flynn wrote the screenplay. Film rights to Sharp Objects and Dark Places, both of which are currently on the New York Times paperback trade fiction bestseller list, have also been sold. Dark Places, starring Oscar-winning actress Charlize Theron, will debut in 2015.
Flynn’s work has been published in 40 languages. A former writer and critic for Entertainment Weekly, she lives in Chicago with her husband and son.
Please direct all translation rights queries to Monique Corless, Senior Foreign Rights Manager, Vintage Publishing: mcorless@randomhouse.co.uk.


Note to Editors:
About Hogarth
In 1917 Virginia and Leonard Woolf started The Hogarth Press from their Richmond home, Hogarth House, armed only with a hand-press and a determination to publish the newest, most inspiring writing. It went on to publish some of the twentieth century’s most significant writers, joining forces with Chatto & Windus in 1946.


Inspired by their example, Hogarth was launched in 2012 as a home for a new generation of literary talent; an adventurous fiction imprint with an accent on the pleasures of storytelling and a keen awareness of the world. Hogarth is a partnership between Chatto & Windus in the UK and Crown in the US, and its novels are published from London and New York.
Hogarth has enjoyed notable international success with Shani Boianjiu’s debut novel, The People of Forever Are Not Afraid, which was longlisted for the Women’s Prize for Fiction in the UK, and the New York Times bestseller A Constellation of Vital Phenomena by Anthony Marra, which has won an array of awards and prizes, including the John Leonard Prize, established in 2014 by the National Book Critics Circle to recognise outstanding first books in any genre, the Barnes & Noble 2013 Discover Award and the 2012 Whiting Award. In the US, Hogarth has also had significant success with the New York Times bestseller The Dinner by Herman Koch.
About The Hogarth Shakespeare
The Hogarth Shakespeare programme will launch to coincide with the 400th anniversary of Shakespeare’s death in 2016. This international publishing initiative is led by Hogarth UK and published in partnership with Hogarth US, Knopf Canada, Knaus Verlag in Germany; Lumen in Spain; ISBN/Il Saggiatore in Italy; Modtryk in Denmark; and Random House Australia, New Zealand, South Africa and India. The novels will be published simultaneously across the English-speaking world in print, digital and audio formats.

The US publishing team are Molly Stern, Senior Vice President, Publisher, Crown Publishers; and Alexis Washam, Senior Editor, Hogarth (US) and Crown. The series will be published in Canada by Louise Dennys, Executive Publisher, Random House of Canada Limited; in Germany by Claudia Vidoni of Knaus Verlag; in Spain by Silvia Querini of Lumen; in Italy by Massimo Coppola, Publisher and Editorial Director of ISBN/Il Saggiatore; and in Denmark by Nanna Knudsen, Editor-in-Chief of Modtryk.
All translation rights queries should be directed to Monique Corless, Senior Foreign Rights Manager, Vintage Publishing: mcorless@randomhouse.co.uk.
About Penguin Random House
Penguin Random House (http://www.penguinrandomhouse.com/) is the world’s first truly global trade book publisher. It was formed on 1 July, 2013, upon the completion of an agreement between Bertelsmann and Pearson to merge their respective trade publishing companies, Random House and Penguin, with the parent companies owning 53% and 47%, respectively. Penguin Random House comprises the adult and children’s fiction and non-fiction print and digital trade book publishing businesses of Penguin and Random House in the US, UK, Canada, Australia, New Zealand, and India, Penguin’s trade publishing activity in Asia and South Africa; Dorling Kindersley worldwide; and Random House’s companies in Spain, Mexico, Argentina, Uruguay, Colombia, and Chile. Penguin Random House employs more than 10,000 people globally across almost 250 editorially and creatively independent imprints and publishing houses that collectively publish more than 15,000 new titles annually. Its publishing lists include more than 70 Nobel Prize laureates and hundreds of the world’s most widely read authors.
Posted by Ayo Onatade at 10:26