Doug Johnstone is the author of five previous novels, most recently the acclaimed Gone Again (2013), described by Ian Rankin as 'a fast-paced thriller with a very human touch.’  A freelance journalist, songwriter, and musician, he also has a PhD in nuclear physics.  He lives in Edinburgh.

‘Here we are now, entertain us.’
Recognise this as a Nirvana lyric?  If you do, you’re one of us.  My latest novel, The Dead Beat, is soaked in the spirit of grunge, which is unusual considering it’s mostly set in modern day Edinburgh, and the grunge phenomenon happened over twenty years ago.

But like in a lot of crime novels, the secrets about what’s happening in the present day lie in the past.  Martha Fluke is just beginning a new job as a trainee journalist, reluctantly on the obituary desk.  When someone phones in, reads his own obituary then shoots himself, she’s sent on a chase across town and into her own past to find out why the hell people have started killing themselves.


The answer lies with her parents’ generation, and that’s where the grunge comes in.  Her estranged mum and dead dad met through the grunge and alt.rock scene of Edinburgh in the early 90s, first flirting at an infamous Nirvana gig in The Southern Bar (which I was at, by the way).  Their relationship is told through four flashback gigs, Nirvana, Soundgarden, Afghan Whigs, and finally Teenage Fanclub, but the music from that time seeps into the present day, as Martha travels around town listening to her deceased dad’s cassette collection on his old Sony Walkman.

Part of this whole grunge thing was simply that I wanted to use my own experience as much as possible in the novel.  I always do, threading deeply personal stuff into each of my books, and I don’t think I’ve seen the grunge scene depicted in fiction before.

But on another level, I discovered as I began writing that I wanted to look at the disconnect between Generation X and the current generation of teenagers and young adults (where are we now?  Gen Z?  Starting again at Gen A?)


The lyrics to that famous Nirvana song are wonderfully ambivalent about life and success, ‘it’s fun to lose’ Kurt says early on, and that was reflected across the whole generation.  Beck had a massive hit with a song called ‘Loser’, for God’s sake. It seemed important back then not to be careerist, not to give a fuck about being successful, not to really have any ambition, and it’s a mind-set I think I’ve kind of carried through my life, for better or worse.


But how does that look to kids today?  That’s where Martha comes in – she’s confident and 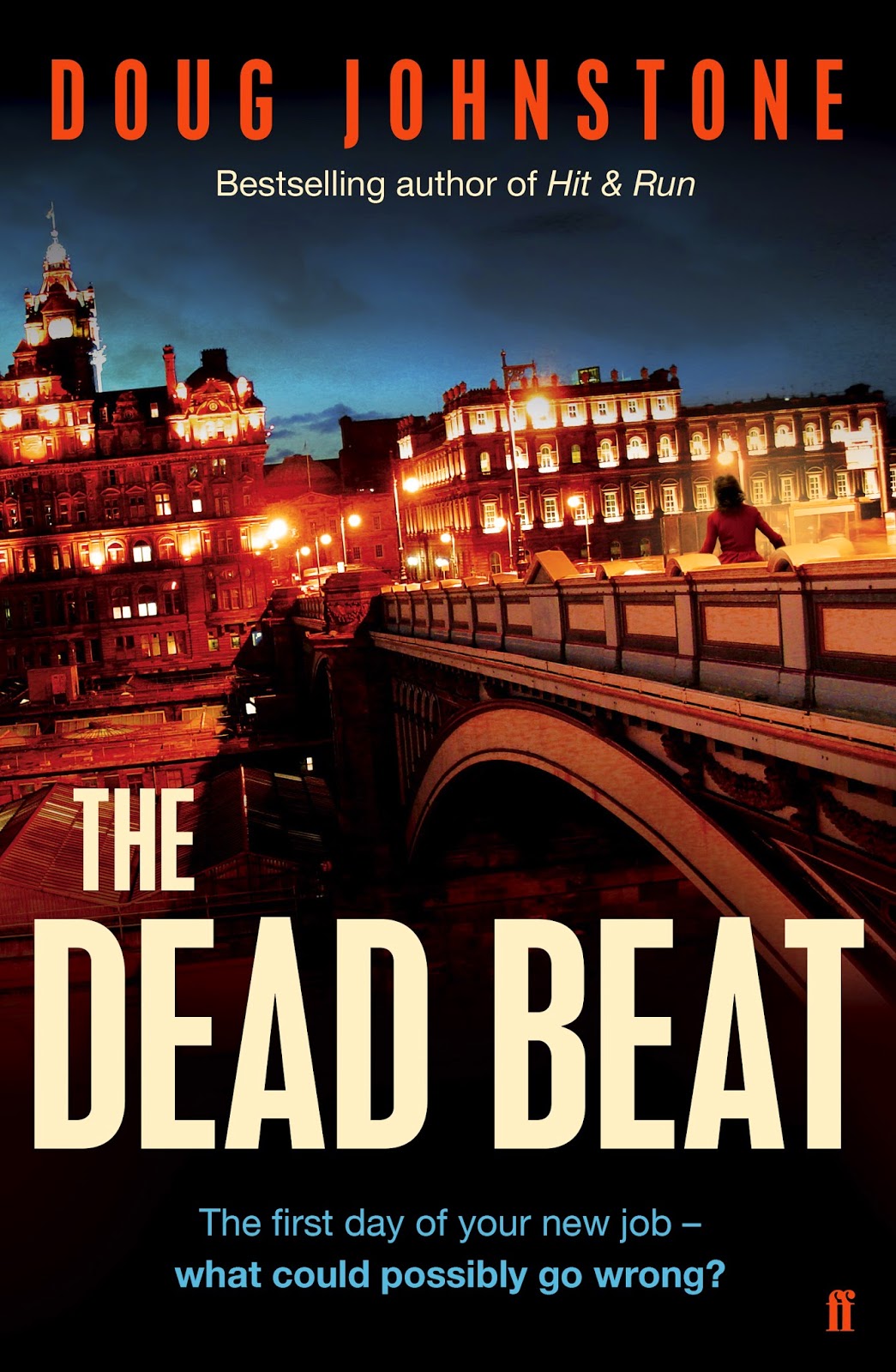 ambitious, but not without her problems, struggling with mental health issues all her life, a possible legacy from her disturbed father.  Can she find a way to cope with life?  Can she find out who she really is by digging deeper into her family history?  Or do we just create our family around us; make a home out of whatever comfort we can get?


These are some of the bigger questions that lurk under the surface of The Dead Beat.  But at its heart it’s a romp of a book, a breakneck thriller around Edinburgh that manages to take in all-female wrestling, a burnt-down house, Kurt Cobain asking for Benylin, outdoor sex, a trip to a secure mental hospital, an offbeat romance, some characters from my fourth novel Hit & Run turning up again, drugs, booze, some doses of electroconvulsive therapy, a kick-ass soundtrack of course, and, naturally for a crime novel, some mysterious deaths to solve.  All in fewer words than it takes Donna Tartt to write a prologue.  ‘Entertain us,’ indeed.