Books to Look Forward to From Headline Publishers

A burned out L.A. detective….  A woman of mystery who is far more than she seems… a grotesque, ancient monster bent on a mission of retribution.  When these three collide, a new standard of suspense is born.  The legend of the Golem of Prague has endured through the ages, a creature fashioned by a sixteenth-century rabbi to protect his congregation, now lying dormant in the garret of a synagogue.  But the golem is dormant no longer.  Detective Jacob Lev wakes one morning dazed and confused.  He seems to have picked up a beautiful woman in a bar the night before, but he can’t remember anything about the encounter, and before he knows it, she has gone.  But the mystery pales in comparison to the one he is about to be called into solve.  Newly reassigned to a Special Project squad he didn’t even know existed, he’s sent to a murder scene far up in the hills of Hollywood Division.  There is no body, only an unidentified head lying on the floor of a house.  Seared into a kitchen counter nearby is a single word: the Hebrew for justice.  Detective Lev is about to embark on an odyssey – through Los Angeles, through many parts of the United States, through London and Prague, but most of all, through himself.  All that he has believed to be true will be upended – and not only his world, but also the world, itself, will be changed.  The Golem of Hollywood is by Jonathan and Jesse Kellerman and is due to be published in September 2014. 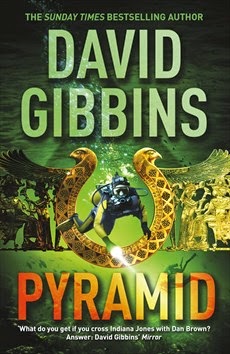 Underwater archaeologist Jack Howard is back with a dangerous mission to uncover a shocking secret which could rewrite history...  In 1890, a British soldier emerges from the depths of a Cairo sewer.  He claims to have been trapped for years in an ancient underground complex, and swears that he stumbled upon an incredible collection of gold, treasure, and thousands upon thousands of jars filled with papyri.  Dismissed as a madman who has lost his mind in the desert, his story was lost to the world.  Until now...  When a colleague of Jack Howard's stumbles across the soldier's story, the mention of a 'blinding shaft of light' captures Jack's attention and resurrects the forgotten ramblings.  With the political situation in Egypt at boiling point, Jack and his team risk everything in a treacherous archaeological expedition to find the truth.  Their mission will take them across the globe, down to the darkest depths of the Red Sea, and back through Egyptian history to the bloody reign of Akhenaten, the Sun-Pharaoh - and keeper of a devastating secret...  Pyramid is by David Gibbins and is due to be published in November 2014.

The Roman Empire’s conquest of Britannia is under threat from within.  Prefect Cato and Centurion Marco must uncover a traitor to prevent unthinkable defeat.  A messenger on the streets of Rome has been intercepted and tortured, revealing a plot to sabotage the Roman army’s campaign against Caratacus, commander of Britannia’s native tribes.  A treacherous agent’s mission is to open a second front of attack against them and eliminate the two Roman soldiers who could stand in the way.  Unwarned, Cato and Marco are with the Roman army pursuing Caratacus and men through the mountains of Britannia.  Defeating Caratacus finally seems to be within their grasp.  But the plot against the two heroes threaten not only their military goals but also their lives. Brothers in Blood is by Simon Scarrow and is due to be published October 2014.

First you'll say you're sorry...then you'll say goodbye.  A family is wiped out after a burglary gone wrong.  An executive accused of embezzling kills himself and his loved ones.  A house fire claims the lives of all its inhabitants.  Three separate incidences with two common threads - a first wife who took her own life and a secret the victims took to their graves.  Stephanie Coburn has barely recovered from her sister's mysterious suicide before her brother-in-law and his new wife are murdered.  Stephanie never met the bride, has never even seen a clear photograph of her face.  But she knew her sister, and she knows something is desperately wrong...The police won't listen.  Her only ally is another victim's son.  Step by step, they must uncover a trail of a brutal vengeance and a killer who will never relent - and whose forgiveness can only be earned in death...  Tell Me You’re Sorry is by Kevin O’Brien and is due to be published in November 2014. 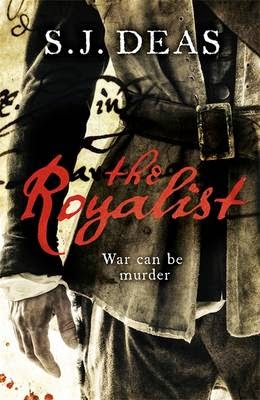 The Royalist is by S J Deas and is due to be published in September 2014.  A Royalist dragoon who fought against Parliament, he is currently awaiting execution at Newgate Prison.  Yet when he is lead away from Newgate with a sack over his head, it is not the gallows to which they take him, but to Oliver Cromwell himself.  Cromwell has heard of Falkland’s reputation as an investigator and now more than ever needs a man of conscience, His New Model Amy are wintering in Devon but mysterious deaths are sweeping the camp and, in return for his freedom, Falkland is despatched to undercover the truth.  With few friends and a slew of enemies, Falkland soon learns there is a dark demon at work, one who won’t go down without a fight.  But how can he protect the troops from such a monster and, more importantly, will be able to protect himself.

Faith Corcoran returns to Cincinnati, ostensibly to accept an inheritance of her family home from her recently deceased grandmother, and is immediately embroiled in a terrible accident as her car hits a young girl who claims to have been kidnapped.  Compelled to find out what happened to the girl, she starts investigating and before long comes into contact with FBI agent Deacon Novak (from Watch Your Back).  Watch the sparks fly as murder, passion and love all collide.  Closer Than You Think is by Karen Rose and is due to be published in November 2014

Mathew’s Tale is by Quintin Jardine and is due to be published in October 2014.  1818, Carluke, Lanarkshire.  Mathew Fleming returns home to Scotland following heroic service at the Battle of Waterloo.  After seven years away, he is a ghostly presence to those he left behind.  But Mathew is ambitious and soon becomes a man of influence in his county and beyond.  Yet through all his success, he still hides the loss of his one true love.  When a terrible act of murder occurs, Mathew must choose between the rule of blood and the rule of law.  And as a man of honour with a warrior's instincts, he embarks on a journey of vengeance that will test every sinew of his faith in mankind...

Hired to find the missing son of retired political activist Moira Doherty, Dan Starkey knows his new case is going to be challenging.  Billy 'the Bear' Doherty isn't an easy man to find - a criminal with a nasty drug habit; his mum is convinced he's been murdered.  But when Moira herself is killed, her body found floating in the waters under Londonderry's Peace Bridge, Dan finds himself in the middle of a deadly game of cat and mouse.  Already in unfamiliar territory, Starkey is quickly embroiled in the city's porn and drug fuelled underworld, where a new generation of gangster terrorist is intent on creating mayhem their predecessors could only dream of.  The Dead Pass is by Colin Bateman and is due to be published in September 2014.

Hannah and her family have been stalked across centuries.  Their hunter?  Jakab, a man who can change his appearance at will and hide behind the face of a beloved, poised to strike.  But now it seems Hannah and Jakab are linked by more than fear…they share a rare bloodline that is under threat of extinction unless Hannah is willing to make sacrifices that would once have led to her own death.  Should the prey ever trust the predator?  And is hope for future generations ever enough to wash away the deadly sins of the past. The Blood Legacy is by Stephen Lloyd Jones and is due to be published in November 2014. 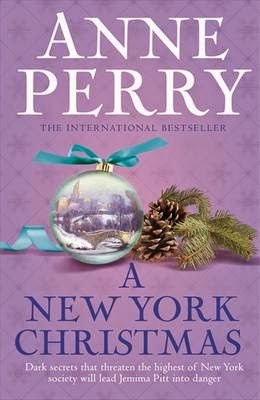 A New York Christmas is by Anne Perry and is due to be published in October 2014.  Thomas Pitt's daughter Jemima, now a young woman, leads the cast of Anne Perry's enthralling festive mystery.  In New York, at the turn of the century, where new American money and old English aristocracy collide, a young bride's secret past could destroy her future.  Jemima, in America as a chaperone until her friend's wedding, is instead drawn into the crisis, and must decide whom to trust, and how to thread her way through the dangerous streets of this cold, brash new city.

Peter Boutrup is visiting his girlfriend's grave when her mother approaches him.  Her son, Magnus, has gone missing and she begs Peter to look for him.  The next day a young nun is pulled out of the moat at the convent in Djursland where Peter works as a carpenter.  She has been garrotted and Peter was the last person to see her alive.  At the same time during a dive in a mine, Kir Rojel finds a box of old bones.  They are human bones and the man has been garrotted.  But that was sixty years ago...While Peter is looking for Magnus, Detective Mark Bille Hansen is assigned to the case: he must link the bones in the box with the girl in the moat - and the hunt for the truth sends him to the place he least thought to go.  Dead Souls is by Elsebeth Egholm and is due to be published in November 2014.

Jake Buckman’s relationship with his sixteen-year-old son Ryan is not an easy one, so at the urging of his loving wife, Pam, Jake goes alone to pick up Ryan at their suburban movie theatre.  On the way home, Ryan asks to drive on a deserted road, and Jake sees it as a chance to make a connection.  However, what starts as a father-son bonding opportunity instantly turns into a nightmare.  Tragedy strikes, and with Ryan’s entire future hanging in the balance, Jake is forced to make a split-second decision that plunges them both into a world of guilt and lies.  Without ever meaning to, Jake and Ryan find themselves living under the crushing weight of their secret, which threatens to tear their family to shreds and ruin them all.  Powerful and dramatic, Keep Quiet will have you debating what it means to be a parent and how far you can, and should, go to protect those you love.  Keep Quiet is by Lisa Scottoline and is due to be published in November 2014.


Also due to be published is The Good Life by Martina Cole in October 2014 and The Job by Janet Evanovich and Lee Goldberg in November 2014.
Posted by Ayo Onatade at 01:44