My Nonna, the Storyteller… 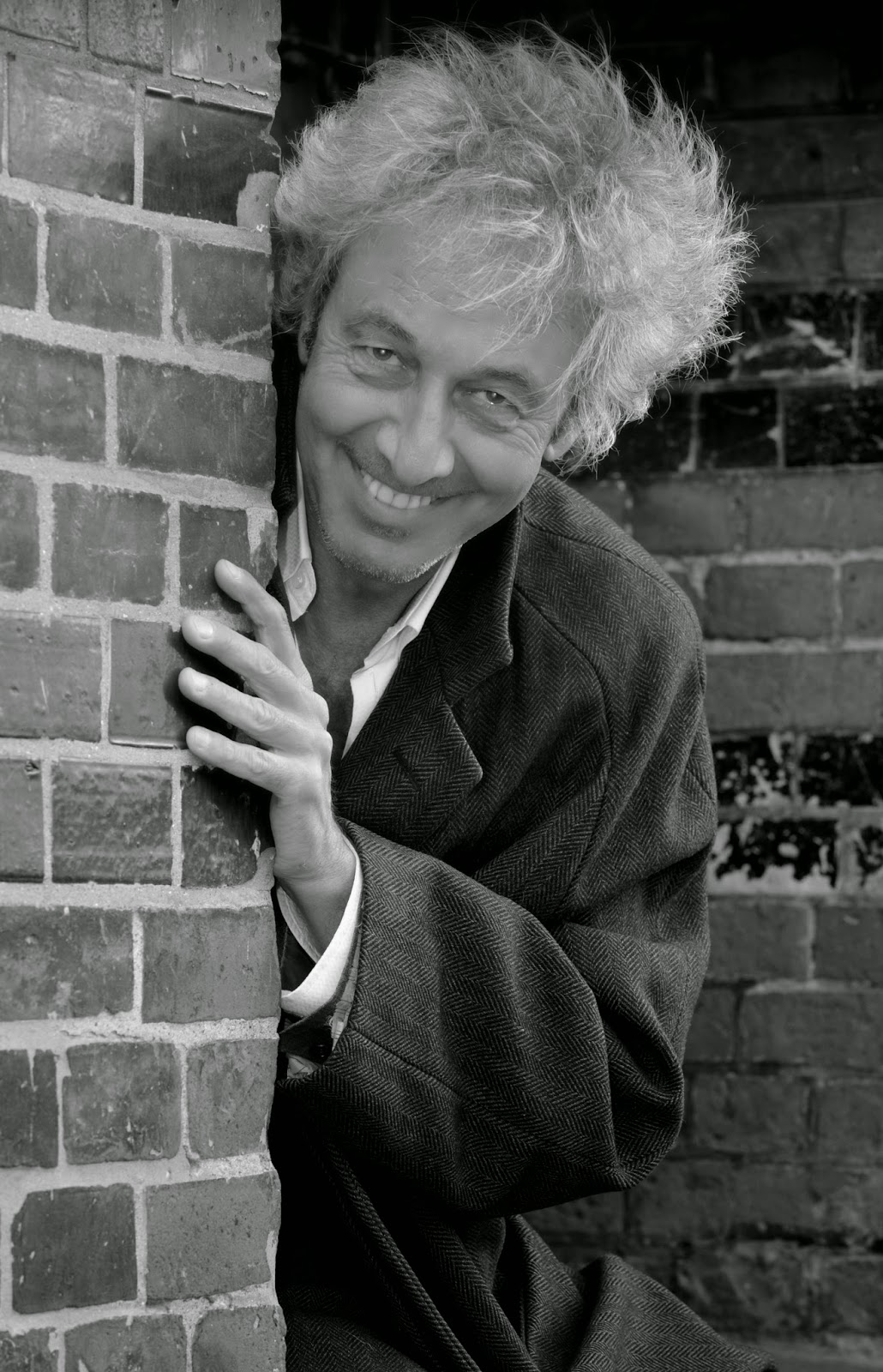 Today's guest blog author is Luca di Fulvio an Italian born writer.  He studied dramaturgy at the Accademia d'Arte Drammatica Silvio D'Amico in Rome under Andrea Camilleri. He spent 6 months as a member of The Living Theatre, where he worked in London together with Paola Bourbons, Sergio Graziani, Mario Maranzana, Andrzej Wajda and Julian Beck. Since 1996, Di Fulvio has also worked as a writer. Some of his novels have been published in German. In 2008 he published the novel "La gang dei sogni".  In the novel The Boy Who  Granted Dreams he focuses not only violence against women, but also processes the lives of immigrants in New York City in the 1920s, where he was close to Martin Scorsese's epic Gangs of New York-based film.

I think it's always difficult for writers to explain (honestly) where the spark of an idea for a story came from. One thing I can say with some certainty is that, as they write, they gradually discover that the story was already inside them, waiting to get out. At least that's how it works for me. I recognise it.

In the early days of my career, when I was asked where my passion for writing came from, I would reply with some pseudo-intellectual waffle. Then, a few years ago, I realised the answer was really very simple: I wrote because of my grandmother, and the example she set me. When I was little, I used to go and stay with Nonna every September. She was a very special lady who lived in the north, in Piedmont, in an old farmhouse among the rice fields which had a huge fireplace, so big that we used to sit inside it when it was cold, as people did in the days before central heating. And there, in the evenings, as we sat on the creaking rush seats, Nonna told us stories. Scary stories, funny stories, adventure stories, love stories. She made them up on the spot. And we children listened intently. And our mouths would slowly drop open and our eyes widen as we entered the worlds she had conjured up, having forgotten we were sitting in a blackened fireplace in a farmhouse in Novara. So now, when I'm asked why I write (or more aptly, why I tell stories), I reply that it's because I want to feel once more, and to make my readers feel, that childish sensation of being transported to another place, into worlds that don't exist but which arouse such real emotions. I believe that The Boy Who Granted Dreams was born in that fireplace. When I was a boy. And I think I carried it within me for years, until the moment I discovered it as I was writing the story, which allowed me to reconnect with that sense of childlike amazement.

The main character, Christmas, is a storyteller. The boss of the New York Jewish mob, Arnold Rothstein (a real-life character of the time), says to him: 'So, ya go around tellin’ lies.'

And Christmas replies: 'No, Mister, I just know how to tell stories. It’s the only thing I’m good at. Stories people believe in. People like to dream.'

That, right there, is the heart of my novel. And that's how it was born (even if I had to learn this along the way). It grew out of the excitement and amazement my grandmother instilled in me. And this is why, when I'm asked what kind of writer I am, I usually reply that I'm not a writer but a wandering minstrel.

But Nonna plays another vitally important role in the birth of this novel. When she wasn't telling stories, she made me listen to the radio.

To which she would respond: 'What's the point in something you put nothing into? The pictures scroll by and all you can do is watch them. And they're the same pictures for you as for millions of other people. No difference. But if there's nothing to see, like when you're listening to the radio, you can make up pictures which are yours alone.'

What she was talking about had to do with dreams. And that's precisely why the book describes the early days of radio, in the roaring twenties. Which is how Christmas becomes a peddler of dreams. Because Christmas represents what my grandmother taught me (without being aware of what an incredible gift she was giving me). He is a kid who knows how to dream big. Who knows how to dream up a life for himself. Who knows how to dream dreams that can come true, whatever they may be. And the only way to make it happen is to never stop playing.

The third gift my grandmother gave me was love. When she was young, she was engaged to the wealthiest jeweller in Novara, who bought her an extravagant ring so jam-packed with precious stones that she used to say it looked like 'a garish bowl of sparkly minestrone soup'. But the match had been made by the families, as was the norm once upon a time. Then Nonna met Nonno and this time it was love at first sight. True love. An apparently impossible love. My grandfather came from an old family, his father was a general in the army of the kings of Italy, the Savoys, and his brother was the king's equerry. My grandmother, on the other hand, was a nobody, beneath him. But my grandfather didn't give a damn about anything or anyone, was cut off, disowned by his family, and took a job as a chemist at a pharmaceutical company to scrape together enough money to marry my grandmother. And Nonna went to see the jeweller to give him back his minestrone, that is, the ring. But he proudly refused to take it. 'No really, take it. I'm not attached to it,' my grandmother told him. Still he refused. And so Nonna took the train to Milan, made her way inside the great, majestic cathedral, walked up to an alms box and threw the ring inside.

This sequence of events might sound like a storyline from a soap opera, but it really happened. It's about love, true love. The eternal story of Romeo and Juliet, of two young people whose kiss wipes out a long-fought feud between two families, breaks the chains of hatred, overcomes social barriers and conventions. 'With love's light wings did I o'erperch these walls; / For stony limits cannot hold love out, / And what love can do, that dares love attempt,' wrote Shakespeare.

And this is precisely what guided me as I wrote the tumultuous love story between Christmas, the scruffy Italian kid from the Lower East Side, and Ruth, the rich Jewish girl from Fifth Avenue. 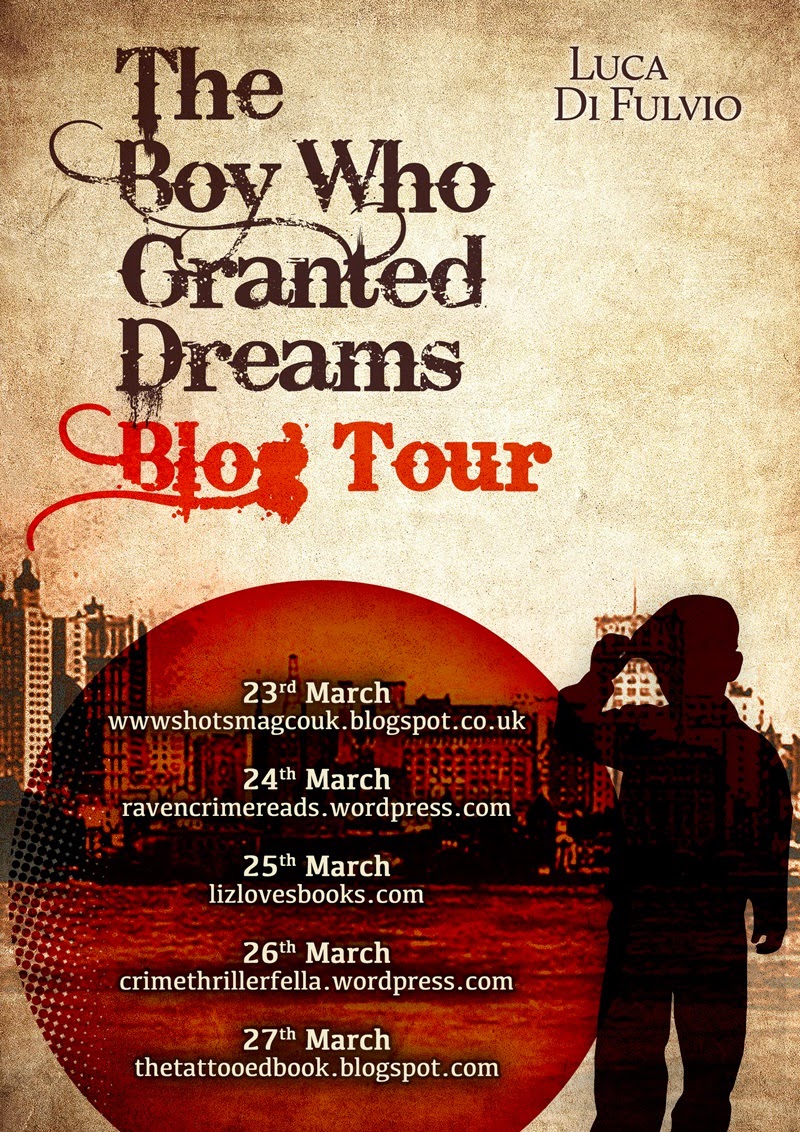 I could say that the opening pages of the book (set in a depressed and violent Calabria) were inspired by Sherwood Anderson's novel Dark Laughter. And that the name Christmas is an homage to Faulkner's Light in August, whose protagonist, Joe Christmas, isn't black but nor is he white, and is seeking an identity, much like my Christmas. And of course I could state in all honesty that Christmas reads Martin Eden by Jack London, of which my novel might be read as a retelling with a happy ending (and it's no coincidence that Ruth is also the name of the girl Martin is in love with). And in the same way I could tell you that Cetta, Christmas's mother, reads him another Jack London book, White Fang, whose eponymous hero is neither wolf nor dog, just as Christmas is neither Italian nor American, and manages to get by because of the love of Weedon Scott. Or else I could talk about a life in the New York ghetto built on 'great expectations', to quote my beloved Dickens.

But, true as they may be, these would only be the intelligent explanations of a writer, whereas I, thanks to my grandma, am simply an enthusiastic minstrel.

The Boy Who Granted Dreams by Luca Di Fulvio is published 23rd March by Bastei Entertainment, price £4.99 in eBook.
Posted by Ayo Onatade at 06:00