Chet Williamson - Back Down Into the Dark 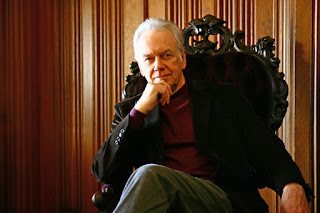 You don't just fall into a gig writing the sequel to one of the most frightening thrillers ever (I speak of course of Robert Bloch's Psycho). You have to tread through unexplored caverns of darkness and wade through uncounted pools of blood before someone says, "Yeah, he might be able to handle getting inside the mind of one of literature's most iconic and disturbing villains."

For me, it all started in the cellar of my grandfather's grocery store. As small as the store seemed upstairs, it was more like a labyrinth down below, where all the extra stock was placed, with room after room of plastered walls and earth floors, with wooden pallets like stepping stones to keep your feet off the damp dirt beneath when you delved back into the deepest darkness that led to the many-armed monstrosity of a furnace and, worst of all, the coal bin, where lurked the blackest shadows of all.

It was in these stygian depths that I first heard the stories of dead hearts that beat beneath floorboards,  of razor-sharp pendulums that sliced people in half, of black cats walled up with murdered wives, and all the other deliciously demonic tales of Edgar Allan Poe, told to me by the high-school age stock-boy ten years my senior. The stories haunted my dreams and fascinated me enough that I took from the bookcase my parents' collected works of Poe and read the originals, which were even better than the oral versions.

And in 1960 when I was twelve, I saw a movie that changed my life: Alfred Hitchcock's Psycho, based on a novel, I quickly found out, by a guy named Robert Bloch. I read the book and loved it just as much as the movie. In the US in the early 1960s, it was a great time to be a horror reader. Ballantine Books, in particular, brought out marvelous paperback anthologies of horror short stories, single author collections, and novels by the score, all for twenty-five or thirty-five cents, a price kids could afford. I bought everything I could get my hands on, and discovered H. P. Lovecraft, Robert E. Howard, Clark Ashton Smith, M. R. James, H. R. Wakefield, Shirley Jackson, Richard Matheson, Ray Bradbury, and so many more.

I wanted to read everything, and I came well near doing just that. 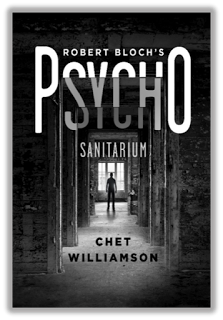 I continued to read and enjoy horror, and eventually began to write it. And of all the writers who affected me over the years, I've always said that Robert Bloch was the greatest influence. His prose was clear, simple, and clean, and his endings were perfect examples of the "perception shift," in which new information or a new perspective makes the reader see everything that's come before in a different way. It's more than just a trick ending -- it's something that's been there all along and has grown organically throughout the book. In a nutshell, it's Norman Bates and "Mother."

I was a Robert Bloch disciple from the start. He gave positive blurbs to my first two novels, and bought a story from me for an anthology he edited. I met him several times, and, as dark and terrifying as his work could be, he was as kind and funny a gentleman as I'd ever met. And when I was invited to write an immediate sequel to Psycho, there was no way I could have refused.

Throughout the writing, I thought of it as an homage to the Master, and I tried very much to write the book that Bob Bloch would have written had he sat down in 1960 and said to himself, I wonder what happens next...

It was time to go back down into my grandfather's cellar, and revisit the darkness that I'd found not only there, but also in that dank fruit cellar where Mrs. Bates still sits in my dreams, always waiting for me to call her name and see her face. I only hope that I've done Norman and Mother proud. I'd hate to have either one mad at me.

Psycho: Sanitarium is published on 12th April by Canelo, price £3.99 in eBook.

More information about Chet Williamson and his work can be found on his website. You can also follow him on Twitter @chetwill.
Posted by Ayo Onatade at 16:27