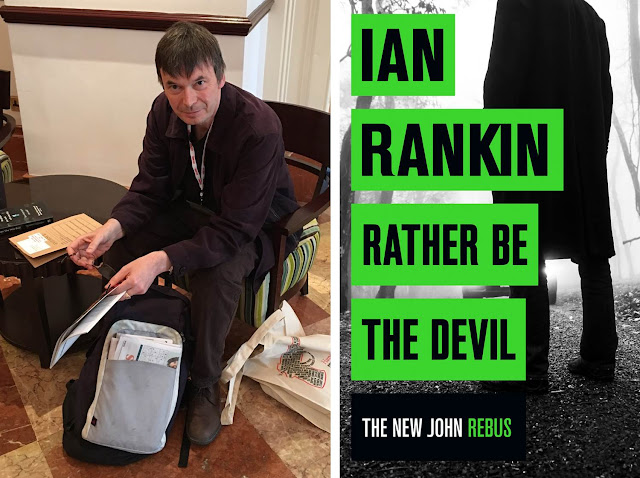 It was great seeing Ian Rankin come to Crimefest as a special guest. Quoting The Talented Mr Ripley at the start of his “Sorry I haven’t a Cluedo” quiz [when turning toward arguably Great Britain’s biggest selling writer of Police Procedurals] he said mischievously, tongue planted firmly in his cheek “…and we come to Ian Rankin, a writer who needs no introduction……”

We’ve all known Ian for some time now, though due to his popularity, when he makes an appearance he is much in demand from his readers and fans; so Mike Stotter [who has known Ian from way, way back] and I usually only get to say “hello” and have a brief chat as we pass in stairwells. This year we were fortunate as we managed to get to really chat in detail with the creator of John Rebus. 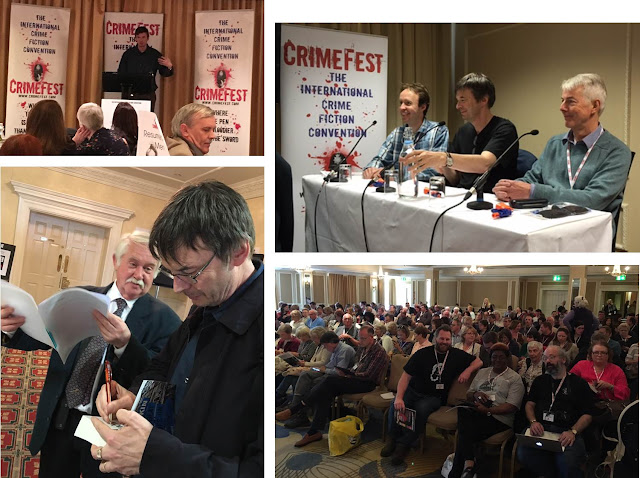 Ian arrived on Saturday morning, and I managed to have a brief chat as he waited for his room to be prepared. Naturally I was interested in the new book, “Rather be the Devil” due out this autumn. Ian would only reveal that he’d finished it, but was waiting for his wife to come back to him with her comments, and then he’d go back to re-writes. He did say that he was happy with the narrative structure and story, so here’s a tease, before November –

John Rebus, now a couple of years into his retirement, finds himself drawn into a cold case from the 1970s involving a female socialite, found dead in a bedroom in one of Edinburgh’s most luxurious hotels. It’s a crime over forty years old, but no one was ever found guilty.

Now, Rebus has his own reasons to investigate . . . but it is going to set him against some very dangerous people.

Ian had two major events planned at Crimefest, the first being an interview on Saturday with The Telegraph’s crime fiction critic Jake Kerridge and Sunday’s appearance on Mike Ripley’s “Sorry I haven’t a Cluedo” and with little surprise both these events would be standing room only. 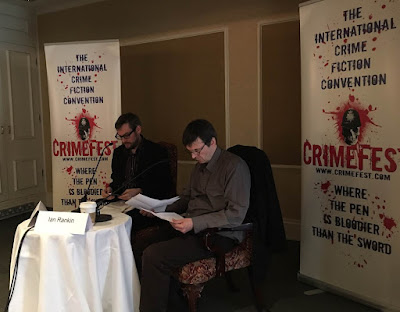 Ian Rankin and the Crimefest team allowed Shots Blog to record an edited version of the interview with Jake Kerridge which we present here. Please note it was recorded ‘gonzo style’, and from my position I was unable to capture Jake, due to a lectern being in the way, though the sound is good. We’ve edited out the first fifteen minutes due to sound quality issues, and as the sound for the Q & A with the audience was poor, we only have presented one of the questions.

We will be uploading video form Mike Ripley’s his “Sorry I haven’t a Cluedo” quiz shortly.

Shots would like to thank Angela McMahon of Orion Publishing and Ian Rankin, as well as Adrian Muller and Myles Allfrey of Crimefest for allowing us to make this recording available to Shots Readers.

Shots Ezine has available for pre-order, copies of Ian Rankin’s next novel RATHER BE THE DEVIL at a 50% discount from our online bookstore - click here 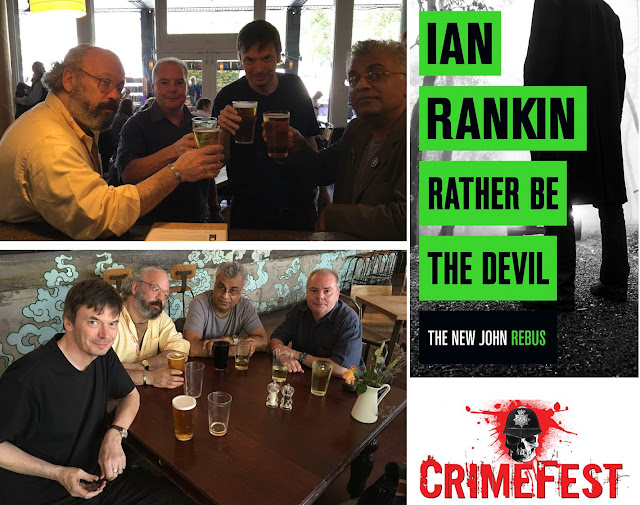