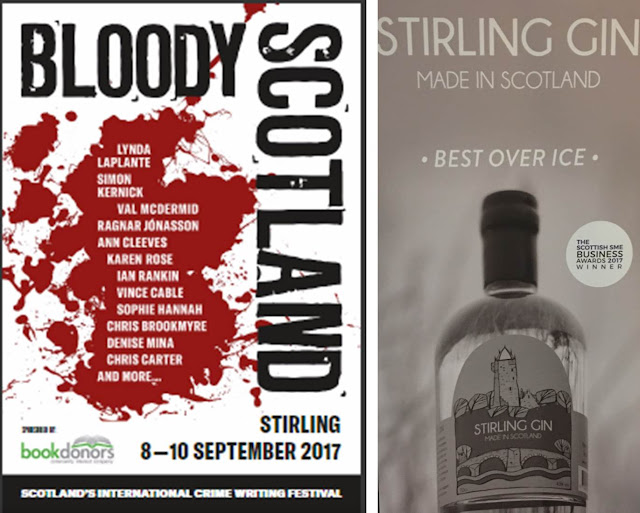 As a convention programmer [Bouchercon Raleigh 2015]; I have to say from my professional experience that the 2017 Bloody Scotland programme is remarkable.

Shots were delighted to hear that ticket sales for this year’s event are selling fast, and why are we not surprised?

At the end of June, one month after the programme was launched, Bloody Scotland reveals ticket sales are up 50% on this time last year

Ian Rankin and Val McDermid, both celebrating their 30th Anniversaries this year, are close behind.

The ever popular ‘Crime at the Coo’ cabaret night sold out on the same day tickets went on sale so anyone wanting some musical fun should come to the Friday night crime quiz, Never Mind the Buzzcops, which this year will be followed by a gig from the Fun Lovin’ Criminals aka Doug Johnstone, Mark Billingham, Stuart Neville, Luca Veste and Val McDermid

Tickets to the opening reception at Stirling Castle where we will be celebrating the launch of the Bloody Scotland book and announcing the winner of the McIlvanney Prize 2017 followed by a torchlight procession are selling fast. It’s the only event for which press tickets are not automatically available so please buy them if you would like to come along. The price of £20 only covers costs. 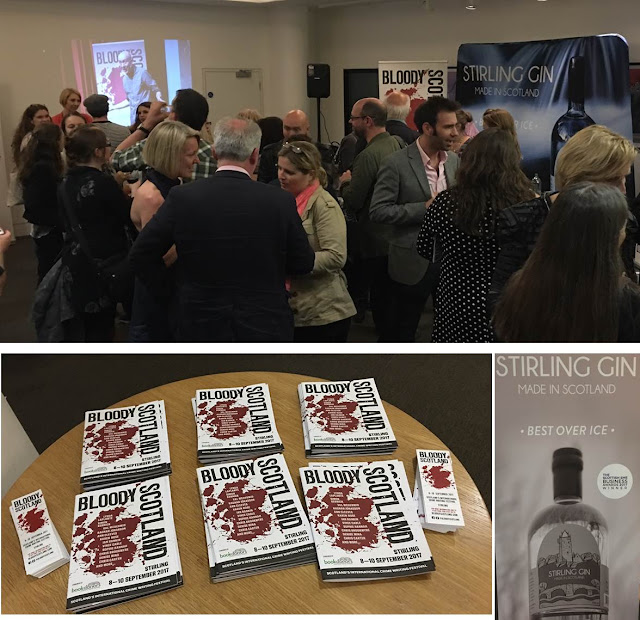 Highlights from the Programme

Singing crime writers. Feature about why so many crime writers are frustrated musicians.
Crime at the Coo has already sold out. Val McDermid, Doug Johnstone, Mark Billingham, Stuart Neville and Luc Veste will be appearing in the band - Fun Lovin’ Crime Writers on Friday night and the Slice Girls – a group of female crime writers who don burlesque outfits to perform at crime conventions throughout the world were born at Bloody Scotland a few years ago. Interview Doug Johnstone from the Fun Lovin’ Crime Writers or Steph Broadribb from the Slice Girls.

Source event: Never Mind the Buzzcops and Crime at the Coo (page 8 & 17)

The rise of the podcast.
Steve Cavanagh and Luca Veste are the authors behind the mic of the freshest most in your face podcast in crime fiction. They will broadcast their show live and uncensored from Bloody Scotland with guests Ian Rankin, Eva Dolan and Mark Billingham. This month Ann Cleeves and Chris Brookmyre appeared on the

Source event: The Policing Behind Procedurals with Alex Gray (page 9)

On the run in the sun.
From Death on the Nile to CSI Miami there is an enduring appeal in crime set in an idyllic location. Robert Thorogood, creator of BBC’s Death in Paradise filmed in the Caribbean, could talk about bringing crime fiction in sun soaked locations to the small screen.

Tale of Two cities
Latter day Sodom & Gomorrah. Two cities (LA and Vegas) that feel more like film sets than real places. Travel/arts feature on the continual lure of these two cities and the inspiration they provide for crime fiction

A Life Less Ordinary.
Born in Brazil, a trained criminal psychologist, toured the world as a professional rock musician and once a part of an all-male exotic dancing group Chris Carter is coming to Stirling and is the author of number one chart topper The Caller his eighth book. Do you need any more angles?

Staging the Perfect Crime.
From the Mousetrap, An Inspector Calls to Bloody Scotland's very own stage production featuring Inspector Faro as penned by Alanna Knight long-time supporter and patron of Bloody Scotland. A criminal act - how the stage has played a leading role in the development of crime fiction.
Source event: A Play: Inspector Faro Investigates (page 22)
Download the programme HERE