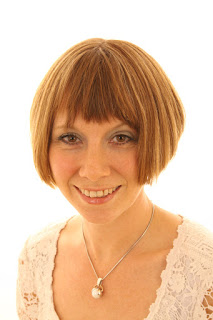 I have a confession to make. I am an imposter in the world of crime and psychological thrillers. I have tried to avoid making this confession and pulling some sort of convincing expertise out of a hat when people at festivals have asked me probing questions about the history and characteristics of the crime novel, but each time, I have floundered. So I am coming clean. Before Exquisite, I had never written a thriller and I'd scarcely read more than a bit of Kate Atkinson. There is an assumption in the crime thriller world that if you write it, you must know about it. This is fair enough. I tell my students *all the time* that they can't write if they don't read, but clearly I fail to listen to my own advice. I am, though, frantically and humbly trying to catch up. Erin Kelly and Julie Crouch are two of my recent, joyful discoveries.

After writing my last novel - a biographical novel about the life of Dorothy Wordsworh (yes, quite) - I decided to ditch the attempts at literature and go for what people like to read: strong, compelling stories with a dark heart. 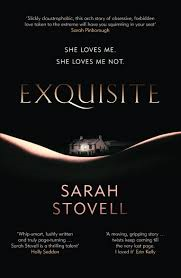 This was actually easier than I'd imagined. I found I could still be absolutely true to my desire to write character-driven fiction in moderately poetic language. Some thrillers gain their strength from the ingenious plots that twist and turn and keep the reader guessing, but although Exquisite isn't without its twists, it's not in the same league as Paula Hawkins or Ruth Ware in that respect. It's quieter. The characters of Bo and Alice are the driving forces of the action, and this has always been the way I write. I like writing about the darker sides of love: the obsession, the pain and the patterns of loving that are, for better or worse, set in our earliest relationships. Bo and Alice are both damaged women, and this paves the way for an explosive encounter that leads ultimately to disaster.

The actual, recognised crime of violence is only a small element of Exquisite. The real crime, in my mind, is the psychological violence inflicted on one of the characters. Psychological violence is common, but it is not yet and possibly never will be, recognised as criminal. But it is psychological violence that I am most interested in exploring, and how a skilled manipulator can be capable of taking a healthy person to the very brink of madness. There is no punishment for this sort of crime because sadly, the victim is often so deeply distressed that they can appear bonkers to onlookers who have also been taken in by the manipulator. There is a technique called 'gaslighting' which is one of the cruellest and most insidious forms of hell manipulators can put their victims through. One day, when I am ready, I shall write my magnum opus about gaslighting.

In the meantime, though, I cannot tell you how pleased I am to have made the switch to thriller writing. I plan to stay here for as long as my readers will have me. 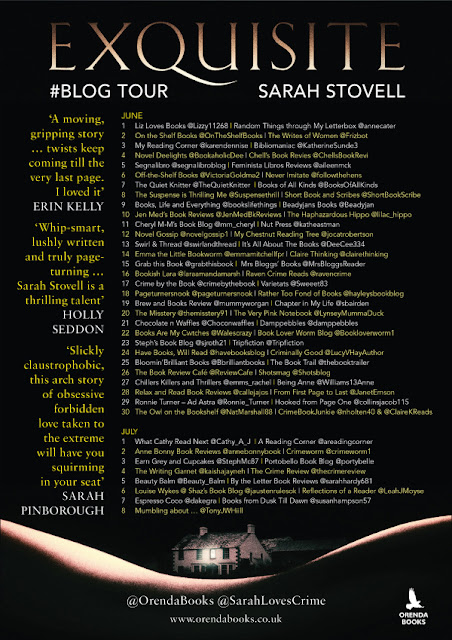