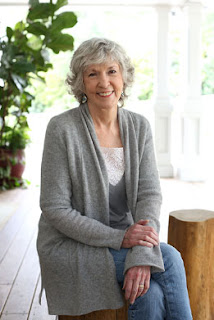 On Thursday 28th December 2017 the crime fiction world lost one of its pioneers. That person being Sue Grafton who was the author of the “Alphabet Series” featuring her determined and feisty private investigator Kinsey Milhone.

Her daughter Jamie on her Facebook page made the sad news of her death after a two-year battle with cancer.  The whole message is as follows –

Hello Dear Readers. This is Sue's daughter, Jamie. I am sorry to tell you all that Sue passed away last night after a two-year battle with cancer. She was surrounded by family, including her devoted and adoring husband Steve. Although we knew this was coming, it was unexpected and fast. She had been fine up until just a few days ago, and then things moved quickly. Sue always said that she would continue writing as long as she had the juice. Many of you also know that she was adamant that her books would never be turned into movies or TV shows, and in that same vein, she would never allow a ghost writer to write in her name. Because of all of those things, and out of the deep abiding love and respect for our dear sweet Sue, as far as we in the family are concerned, the alphabet now ends at Y.

Her work as well as that of Sara Paretsky and Marcia Muller did much to influence other authors especially those that I love to read and still currently read. I am sure that I am not alone in accepting the fact that one did not solely read the Kinsey Milhone series for the social issues but more so for wanting to see what Kinsey was up to. Kinsey was human and we readers were forever grateful for being able to see that part of her as she undertook her investigations.

The series has been published in at least 26 different languages

Before becoming a full-time writer she wrote screen plays and adapted the Agatha Christie A Caribbean Mystery and Sparkling Cyanide for television.  Her father was C W Grafton also a crime writer who died four months before the publication of the first book in the “Alphabet series”.
novels

Her short story The Parker Shotgun won her a Macavity Award in 1987.

An essay on A is for Alibi by crime writer Meg Gardiner can be found in the excellent anthology Books to Die For and is certainly worth reading.

The only time that I can recall meeting Sue Grafton was when she was awarded the Diamond Dagger in London in 2008. She was charming, friendly but I surprisingly was too shy to ask for a photograph.

Her passing is a great loss to so many; her family, authors and readers.

She will be sorely missed.
Posted by Ayo Onatade at 20:49