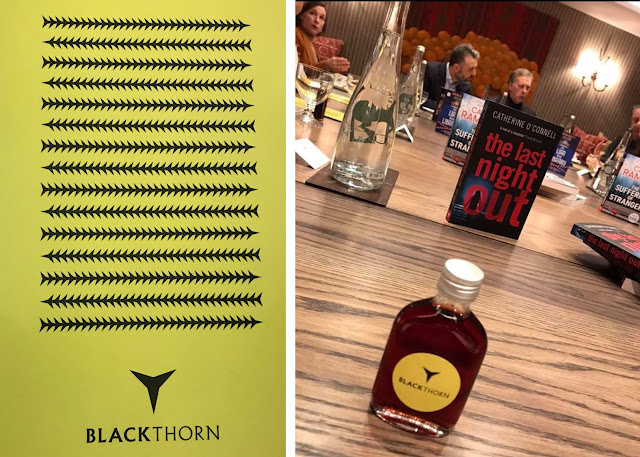 Literary commentators within the Crime and Thriller community had seen Severn House as a key specialist publisher over the years develop their position. They had absorbed the smaller Crème de la Crime publisher, enhancing their niche, one that was focused toward high quality hardcovers, especially historical crime and thriller fiction.

Their market was developed by flamboyant Chairman Edwin Buckhalter right from the company’s origins in 1974, focused on what is termed the ‘mid-list’, though Severn House is better known for its UK library and hardcover output, it should also be noted that ~70% of its sales come from its US publication catalogue. I knew much of their US Wing, due to Edwin’s appearances and Severn House’s presence at Bouchercon [the annual world crime and mystery convention] and other US literary events. 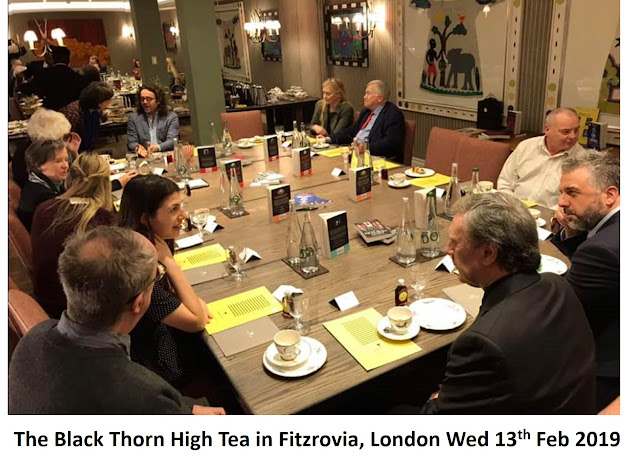 With a UK based team that also comprised Michelle Duff and Mandy Shaw, Severn House strengthened their business a few years ago by taking on renowned publisher Kate Lyall-Grant, who became their commissioning editor.

It was with surprise that we learned last year of Severn House’s sale to the eclectic and energetic Scottish independent publisher Canongate lead by Jamie Byng. This is an exciting development due to the strength and brand presence of Canongate, who publish high quality fiction, and are not defined by the perimeters of genre classification. They also have an impressive paperback presence in the market, which Severn House didn’t – as Edwin Buckhalter’s business devoted themselves to lower print-run, high quality and distinctive hardcovers. 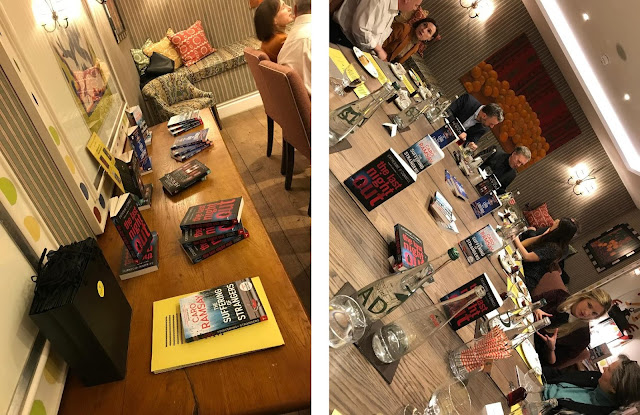 Though since the acquisition, the Severn House list would become an imprint within Canongate, and retain a distinction, in that it would focus on Quality Crime, Mystery, Historical and Thriller Fiction. The imprint would be named BLACK THORN and be managed separately from parent Canongate, as reported in The Bookseller last Autumn –

Publishing a wide range of titles from Severn House’s list into paperback for the first time, Black Thorn will release two of the list's paperbacks each month and simultaneously around the world. This will be the first time that many of these Severn House titles have been available to the trade. The imprint will be managed by publishing coordinator Holly Domney, who has moved from her role within Severn House. 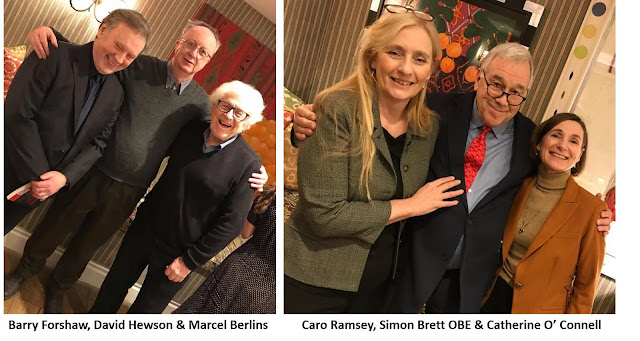 I was delighted to hear that Kate Lyall-Grant would continue as Commissioning Editor, as her experience and keen eye has always provided readers with high-quality crime and thrillers, both from Severn House, and in her previous positions within publishing.

So it was with pleasure that I received an invitation from Sophie Ransom and Jason Bartholomew of MIDAS to join Jamie Byng and the team at Canongate for an excellent ‘high tea’ in Charlotte Street, Fitzrovia, London to launch this exciting new Crime & Thriller Imprint from Canongate, Black Thorn (following their acquisition of Severn House).
Among the invited guests were Natasha Cooper, Marcel Berlins, Jon Coates, Barry Forshaw and Mike Stotter. 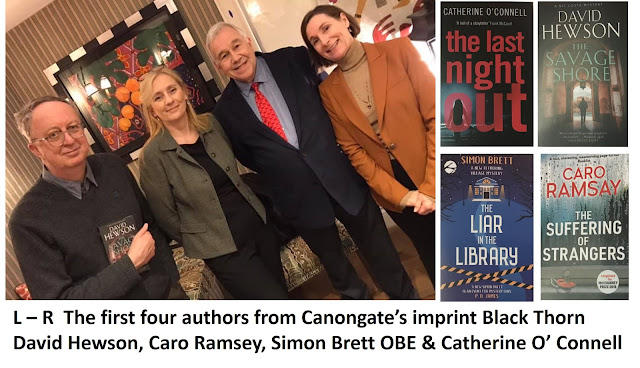 Jamie Byng said, “When we were assessing Severn House as a possible acquisition, one of the many exciting opportunities that we felt it offered was the launch of a commercial fiction paperback list, drawing from Severn House’s outstanding roster of books and authors. So, I am thrilled that we are now able to share our plans for Black Thorn which we believe is going to be a great success and which adds a distinctive new strand to Canongate’s publishing output.”

The new imprint will be managed by Holly Domney as Publishing Coordinator, who has moved from her role within Severn House. 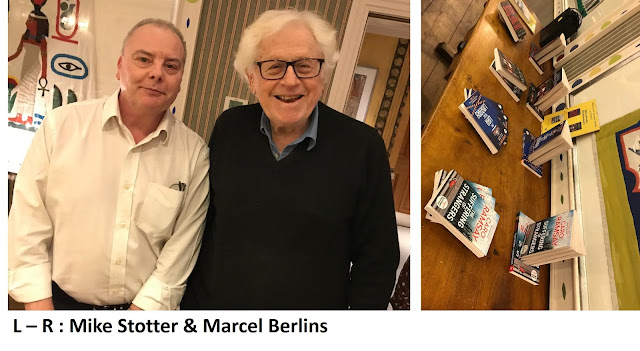 Holly said, “The authors on the Black Thorn list are crime writing veterans and their experience shows in the quality of their stories. Catherine O’Connell’s The Last Night Out was so gripping I nearly missed my train stop. Simon Brett’s The Liar in the Library made me laugh out loud. The variety of titles within Black Thorn’s catalogue will feed the hungriest of crime fiction readers who need to devour one mystery, then reach for the next one.”

It was good to meet up with Jamie Byng as I had been a strong supporter of Canongate, from those early days in the 1990s. Of particular enthusiasm, was my love of Doug Winter’s extraordinary novel Run, as well as Canongate’s eclectic range of great writing that they published over the years. I also remarked on how pleased readers were that they kept the late William McIlvanney’s Jack Laidlaw novels in print.

So, as we arrived at Charlotte Street, we mingled over high tea, discussing this exciting new initiative, and before long we took our seats and listened to Jamie Byng outline what we could expect from Black Thorn, which we present here in an exclusive video of the event, filmed in ‘gonzo style’ on my trusty Iphone, Steven Soderbergh style, like that director’s movie UNSANE

It runs 26 minutes, and is embedded below, and available from this link HERE and includes the four authors talking about their work, the first novels to be released under the Black Thorn imprint -

Following this Jamie Byng asked if we had any questions, for which Marcel Berlins queried if Black Thorn would restrict their output to purely Crime and Thriller Fiction. Byng replied that, that was the initial intention, as Canongate published widely but he and his colleagues would see how the Black Thorn imprint developed. Barry Forshaw asked if Jamie Byng had any plans for Horror Fiction, and again Byng remarked he was very open, as he published good writing. 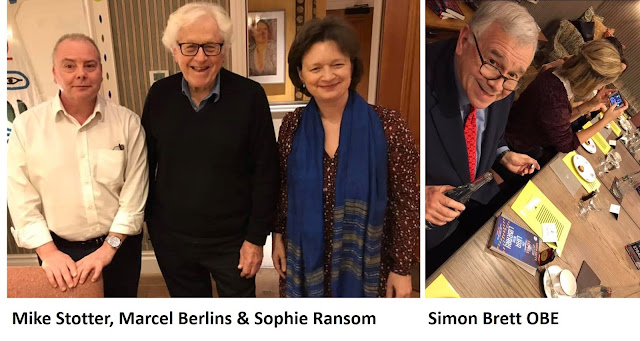 That gave me the opportunity to mention my favourite sub-genre of fiction, what is termed “The Weird”, an area of writing and reading, that I am passionate about. Again, Byng though intrigued by ‘The Weird’, said he and his colleagues at Canongate would be open to publishing all areas of good fiction writing, though initially Black Thorn would focus purely upon Crime and Mystery Fiction, and that what Canongate could bring would be a mass market reach, with paperback publication to augment Severn House’s quality hardcover range.

I also reiterated that Canongate should not underestimate Severn House’s US and Canadian markets, and Jamie agreed reiterating that the North American sector represented over 70 % of the Severn House’s sales. And on closing I enquired if Canongate had received any interest from a well-known British Cider Brewer, which was greeted with a laugh; when I added that sponsorship from Brewers and Crime Fiction is not unheard of, take the well known Theakstons’ Crime Writing Festival from that Yorkshire town of Harrogate. 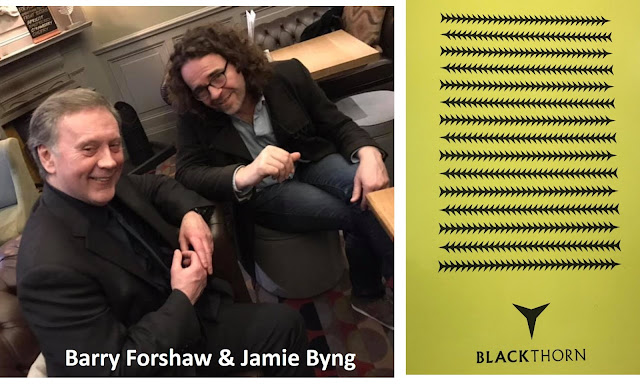 And with that, we all retreated to a nearby Pub, where we sat and talked about books, writing and publishing over beers, as well as ‘The Weird’, my fascination, in my own writing, as well as reading and viewing work that is strange and unusual.

We present a selection of photos from the event, and wish all within Black Thorn and Canongate great success in this exciting new venture for Crime, Mystery and Thriller Fiction. 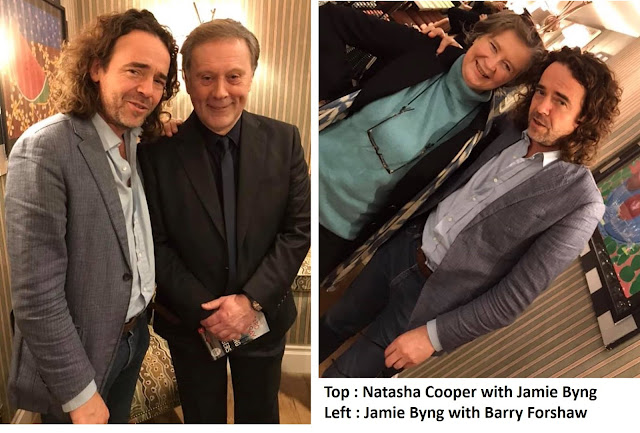 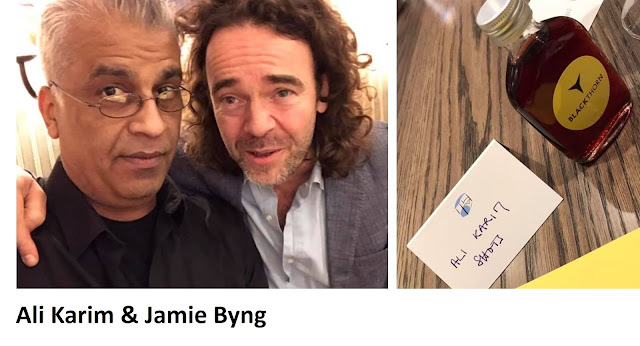