C M Ewan on Why I Wrote A Window Breaks 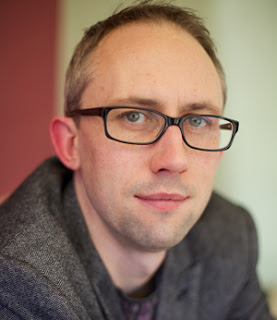 Chris Ewan is the critically acclaimed and bestselling author of many mystery and thriller novels.  His is also the author of THE GOOD THIEF’S GUIDE TO …  a series of mystery novels set in Amsterdam, Paris, Las Vegas, Venice and Berlin.  His first standalone thriller, Safe House was shortlisted for The Theakstons Old Peculier Crime Novel of the Year Award. He is also the author of three other thrillers Dead Line, Dark Tides and Long Time Lost.

Stories of break-ins and home invasions have always fascinated me. As a kid, I had a recurring nightmare about a series of burglaries in the quiet suburb in Taunton where my family lived. I’m still not sure why. There never was a burglary in the area that I knew of. There were no stories of armed men in balaclavas going from house to house. But those were the visions that crammed my mind in the small hours of the night. And, I guess, like most childhood fears, they’ve lingered on ever since.

The first time I heard about a real-life home invasion actually happening to someone I knew was when I was studying Biology for my A-levels. A student in my class who lived in the countryside came into college shaken up one day. The previous afternoon, she’d been home alone when a stranger had broken into her parent’s place. She’d barricaded herself in her bedroom. The stranger had toured the house, pushed on her bedroom door, tried to get in. She’d pushed back and yelled at him to leave and, thankfully, he had. But the story left me chilled. Imagine being on the other side of the door from a total stranger. Imagine having nowhere to run for help.

Other incidents followed. There was the time when I was at law school in Nottingham and someone followed me into my student house without me knowing it. They swiped my housemate’s car keys and stole her car. It was found burned and abandoned the next day. Then there was the time that same housemate was sleeping over at a friend’s house some months later. She was crashed out on a sofa in the living room and thought it was pretty considerate of the other people in the house to use a torch when they walked by her to use the bathroom in the middle of the night – until she said hello and the burglar who’d broken in jumped in terror and fled the house.

Eventually, it happened to me. I was sharing a flat in London when I got home one evening to find the door to my apartment ajar. I guessed my housemate had forgotten to pull the door closed on its latch first thing that morning. I went in, saw her bedroom door closed ahead of me, thought nothing of it and went to take a shower. I was in the middle of singing a very bad version of Justin Timberlake’s Cry Me A River when I heard a door slam. Embarrassing, I thought. My housemate must have got home and heard me singing. But when I came out of the bathroom, there was nobody there. Hours later, my housemate got home late from work. She knocked on my bedroom door and asked me if by any chance I’d been in her bedroom, ransacked her things, stolen all her jewellery? It wasn’t me (I swear) but it dawned on me pretty quickly that a burglar had been there when I’d come home. Lucky for me, I guess, that I’m such a bad singer, or they might have stuck around.

Just over a decade ago, I took all these stories and experiences and I channelled them into writing a series of comic mysteries about a globetrotting burglar (starting with The Good Thief’s Guide to Amsterdam).

But I never explored my real fear at the heart of all these stories about burglaries and home invasions. Our homes are meant to be safe havens – but what if they’re not? 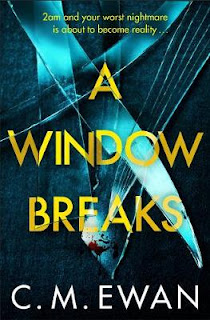 People are scared of all kinds of different things. There are entire spectrums of phobias. But I think there’s one fear we don’t just all share but we’ve all experienced, too. It’s that haunting moment, very late at night, when you’re fast asleep and then you’re woken by a strange noise in your home. What do you do? Do you get out of bed to investigate? Go room to room, flipping on the lights? Or do you lie in bed, crippled with fear, wondering if you should call someone for help?

That’s the question that led me to write A Window Breaks. The book is a fast, twisting and nerve-shredding exploration of how far one family will go to save themselves when they’re all alone at a remote lodge in the wilds of Scotland and they hear footsteps downstairs in the middle of the night.

What would you do in that situation? Would you run, or would you fight?

A Window Breaks by  C M Ewan (Published by PanMacmillan)
If your family was targeted in the middle of the night, what would you do?  You are asleep. A noise wakes you.  You stir, unsure why, and turn to your wife.  Then you hear it.  Glass. Crunching underfoot.  Your worst fears are about to be realized.  Someone is inside your home.  Your choices are limited. You can run. Or stay and fight. What would you do?