The Bad Fire is coming 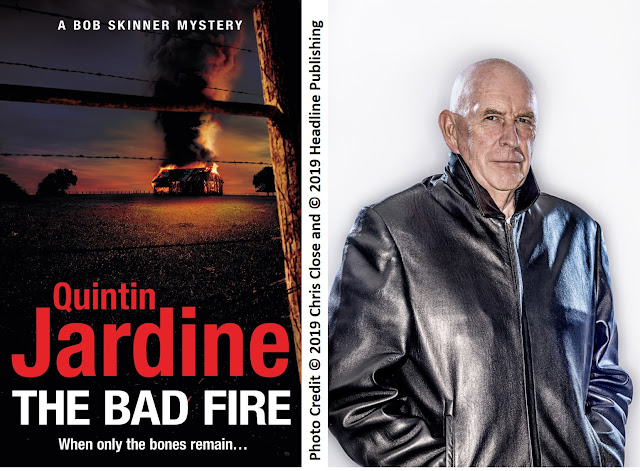 So what’s in store for Bob Skinner in THE BAD FIRE?

Nine years ago, divorcee Marcia Brown took her own life. A pillar of the community, she had been accused of theft, and it’s assumed that she was unable to live with the shame. Now her former husband wants the case reopened. Marcia was framed, he says, to prevent her exposing a scandal. He wants justice for Marcia. And Alex Skinner, Solicitor Advocate, and daughter of retired Chief Constable Sir Robert Skinner, has taken on the brief, aided by her investigator Carrie McDaniels. When tragedy strikes and his daughter comes under threat, Skinner steps in. His quarry is about to discover that the road to hell is marked by bad intentions . . .

We’re delighted to provide Shots Reader’s an exclusive extract, the opening of THE BAD FIRE

By Scottish standards, it was an unusual summer. It had survived the first fortnight in May, continued into June, and was threatening to extend into July. Edinburgh’s city-centre shoppers were sweltering, the nation’s golf courses were turning brown in spite of their automatic watering systems and beach car parks were earning a small fortune for local councils all around the country.

‘Get you,’ June Crampsey laughed, as Bob Skinner walked past the open door of her office on the way to his own, dressed in shorts, sandals and a close-fitting blue T-shirt. ‘Not even the directors of our parent company in Spain dress like that. Nice legs, by the way,’ she added. ‘I don’t recall ever seeing them before.’ He paused. ‘Don’t you start,’ he replied. ‘Trish, the kids’ carer, said I look like the guy from Baywatch.’
‘Which version? David Hasselhoff or Dwayne Johnson?’
‘I like to think she meant the younger one.’
‘Could you do me a selfie?’ the managing editor of the Saltire newspaper asked. ‘I’m thinking of doing a photo feature in the next Sunday edition on unusual office attire. ’‘This doesn’t count as an office day for me; I was here all day yesterday, remember, Sunday or not, talking to Spain about the UK expansion programme. Sarah’s car’s had a recall, so I drove her to work, then thought I’d come in to check my mail.’
She looked at him afresh. ‘I don’t see room for a phone in that skimpy outfit.’
‘Left it at home, didn’t I? The heat must be getting to me, for I’m finding that I quite like being out of touch, from time to time. I don’t think I have been in years, since even before we all started carrying mobiles, or had them wired into our cars.’
‘That explains why your daughter was up here looking for you half an hour back. She asked if you’d call in on her if you showed up.’
‘I thought she was due in the high court this morning.’
‘The trial’s been postponed, she said. The prosecution have offered her client a plea deal.’
Skinner chuckled. ‘Which means that the Crown Office doesn’t think it can get a conviction. Okay, I’ll go down and see her.’
‘Don’t forget that selfie,’ she called after him.

He stepped into his own office; unlike that of his colleague, it looked towards the morning sun. The high-rise block was faced in glass that was meant to be heat-reflecting. It seemed to be doing its job, although the air-conditioning system was working full blast, ruffling the correspondence in his in-tray. Skinner was a part-time executive director of InterMedia, a family-owned company that was the proprietor of the Saltire, as well as titles and radio stations across Spain and Italy. He had been doubtful about the post when it had been offered by his friend Xavi Aislado. After a career in the police service, it had been a radical departure, but he had been persuaded – not least by the substantial salary – to give it a go. To his surprise he had risen to the challenge, to the extent that while his contract specified one day a week, he spent at least three in his office, and had become effectively the managing director of the Saltire, as the board’s British presence.

He spent fifteen minutes reviewing his mail, physical and electronic, and acting on it where urgency was required, then headed for the stairs that led to the office suite he had secured for his daughter as her legal practice grew to the point where it could no longer be run from home or from a law library.
‘Bloody hell!’ Alexis Skinner laughed as her father appeared in her doorway. ‘Why didn’t you just put on budgie-smugglers and be done with it?’

Shots Magazine pass thanks to Rosie Margesson of Headline Publishing for providing our readers an exclusive look at the latest Bob Skinner thriller. 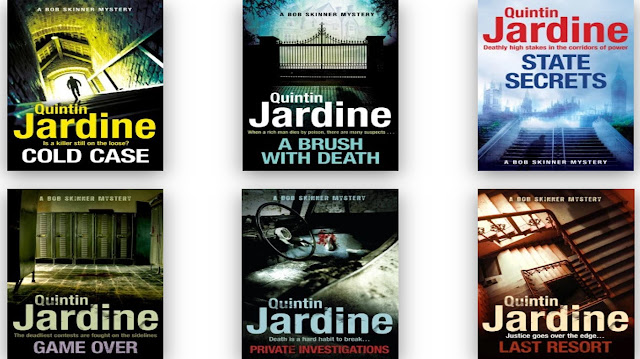