Of course one of the talking points of late has been the fact that for the big screen incarnation of Miss Marple by Disney they have chosen not to go with an older actress as befitting the status of Miss Marple as an elderly sleuth but have decided that she should be portrayed by Jennifer Garner. They are allegedly doing away with the perception of Miss Marple as a spinster and are going for the much younger generation. Comments regarding this casting can be found here, here, here and here. The Telegraph make it clear that they think the decision to cast Jennifer garner is a travesty. An article in the Guardian about the casing can be found here and here.

However according to Deadline.com who posted about the casting and Moviesblog.mtv the reboot is not yet a done deal.

For those of you that have been missing the excellent French police procedural Spiral will be pleased to know that BBC4 will be showing series 3- The Butcher Of La Villette. The first episode will be shown on BBC 4 tonight at 9pm.

Fans of the Danish crime series The Killing will want to read this excellent article in the Guardian. There is also a very good beginners guide to read as well. Fans will also be pleased to learn that BBC 4 will also be showing series 2 of The Killing as well as part of their Spring/ Summer schedule. The Killing is also being remade by Fox for the US

Author Carlos Ruiz Zafón writes in the Guardian about his hero John Le Carré. He is as Zafón explains is one of the finest – if not the finest – writers of the past 45 years. Of course Le Carré has been in the news a lot this week. Nominated for the Man Booker International Prize 2011 Le Carré asked for his nomination to be withdrawn.

According to Entertainment Weekly Michael Connelly has a good idea who would be the right person to play Harry Bosch. The person he has in mind is Billy Burke who played Bella’s sheriff father in the Twilight saga. For those non Twilight watching people (and that includes me) a picture of Billy Burke is below. 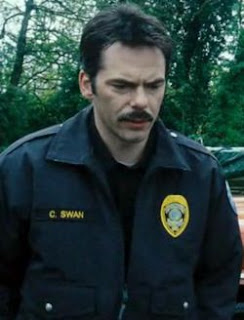 THE HILLERMAN SKY AWARD: The mystery (short story to novel length) that best captures the landscape of the Southwest - The Spider's Web by Margaret Coel (Berkley Hardcover)

The Short Mystery Fiction Society have announced the winners of the 2011 Derringer Awards for short mystery fiction:-

Congratulations to all the winners and those nominated.
Presentation of the Awards will take place in conjunction with the short story panel at Bouchercon 2011, held in St. Louis, MO in September.

News from the BBC

The BBC have announced a new psychological thriller for BBC One. The Fuse is an original five part drama that follows a politician who wakes up after an alcohol fuelled night and realises that he might be responsible for a murder.

Following on from the success of the first series of Silk, the BBC have announced that they have re-commissioned a second 6 part series which is due to be shown in 2012.

Fans of Philip Glenister (seen most recently in Mad Dogs) will welcome the news that he is soon to be seen in Ronan Bennett’s complex new thriller on BBC One entitled Undisclosed. Undisclosed revolves around the efforts of Harry Venn played by Glenister, a small-time solicitor who is forced to delve into his murky past.

Jeremy Jheu in the Telegraph reviews a number of thrillers.

There is an excellent interview with Peter James the new Chair of the CWA on the blog Of Books and Reading. Peter has recently come back from a visit to India.

For those of you that are interested in what books are Ian Rankin favourite literary crime novels then The Daily Beast have them here. Unsurprisingly Muriel Spark makes the cut! For Ian Rankin Fans there is also an audio interview with him talking about his new book The Complaints on The Leonard Lopate Show done on his latest tour of the US.