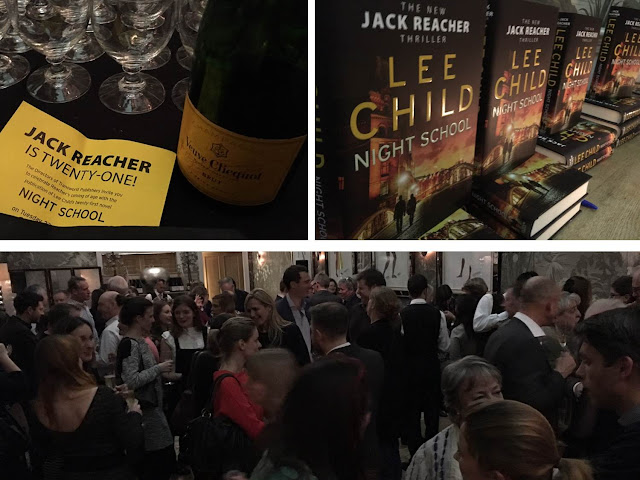 Mike Stotter and I reflected how time flies as we clutched our invitations to celebrate with Penguin-Random House’s Transworld Imprint, Jack Reacher’s 21st Birthday.

Well we actually mean Lee Child’s 21st published novel featuring the laconic loner Jack Reacher. It seemed only yesterday that we found ourselves celebrating Lee’s first decade in print, on the banks of The Thames. 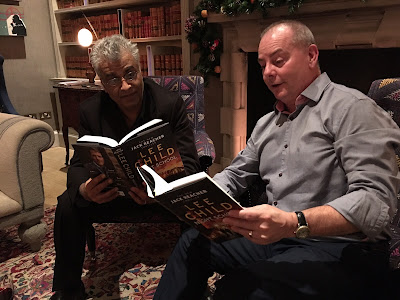 Shots have a long history following the career of Lee Child, from reviewing Killing Floor right up to his 21st Novel Night School, which we reviewed here.

As ever, Child shows himself to be a master of the game of building up narrative tension page by page, while keeping the action thundering along. In Reacher he has created one of the outstanding characters in the thriller genre; a man too world-weary to be a hero, and too decent to be the cynic he thinks he is.
Long-standing series, even ones that sell around the world in the volumes that Lee Child’s Reacher novels do, are often subject to the law of diminishing returns. Night School is the 21st novel in the series and side-steps that trend with no sign of running out of steam any time soon.
Highly Recommended
Read More Here
Shot’s first interviewed Lee Child when he was touring in 2002 with Echo Burning and the year after during Bouchercon Las Vegas we recorded a lengthy interview for January Magazine.

As big fans of the work of Child our paths often crossed in Europe as well as North America.

A major event for Crime fiction readers was the Lee Child Interview with Maj Sjöwall at Crimefest 2015, which we recorded here, as well as my own fascination with the Jack Reacher novels here, here and here .

The Shots Team are just one of many, many readers who find the tales of the laconic drifter magnetic; as Child was awarded the Crime Writers Association Diamond Dagger Award in 2003, and this link recorded the event. And we haven’t even spoken about the Hollywood adaptations.

So we arrived in London’s West End to celebrate Jack Reacher’s 21st Birthday. Joining us was the Ubiquitous Barry Forshaw as well as Robert Peppin, Henry Sutton, Mark Sanderson and from Shots our Social Media Blogger Ayo Onatade and columnist The Talented Mr Mike Ripley and many many others.
There was champagne, a delightful finger buffet as well as most amusing speeches from Publisher Larry Finlay and the author himself which we recorded below.
The most important aspect that worried many of us is Lee Child’s wicked rumour that he circulated; that Jack Reacher #21 would be titled DIE LONELY, and would be the last in the series – We can reveal that it was indeed a joke.
So here are some photographs of the event 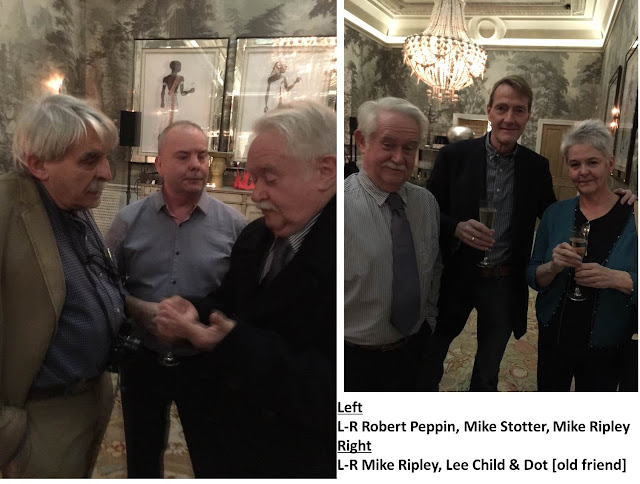 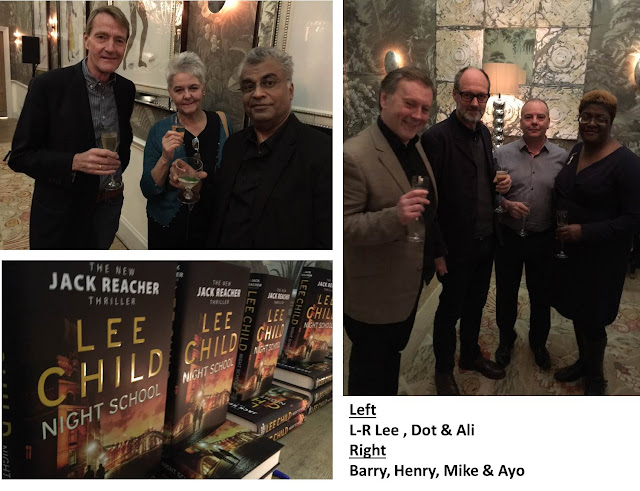 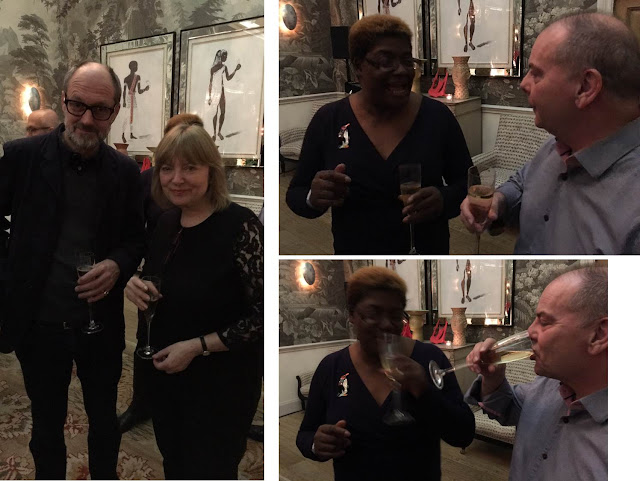 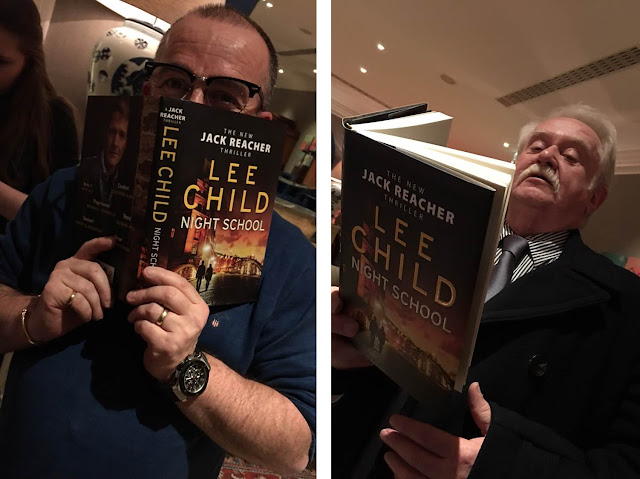 
Shots Ezine would like to pass our thanks to Patsy Irwin of Transworld for the invites to this wonderful party, celebrating 21 novels of Jack Reacher with Lee Child.
More information at www.leechild.com
Posted by Ali Karim at 19:34