LA Larkin on Ice in London 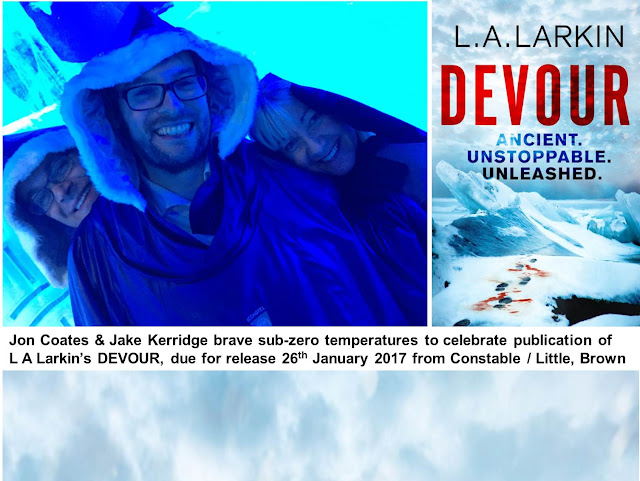 Book reviewers are always on the lookout for something new, something fresh and something unusual; so it was a delight to meet up with fellow literary commentators in London to listen to British-Australian writer LA Larkin talk about her British debut thriller Devour. 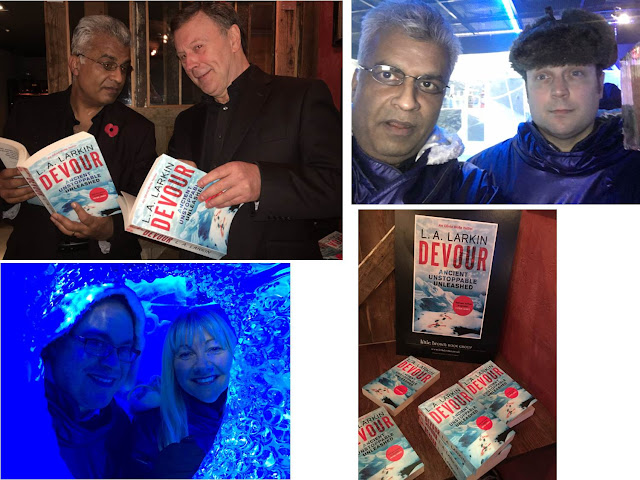 Devour was picked up by Constable an imprint of Little, Brown and speaking to her publishers, I remarked how interesting it is to see a Techno-Thriller make their 2017 offerings. 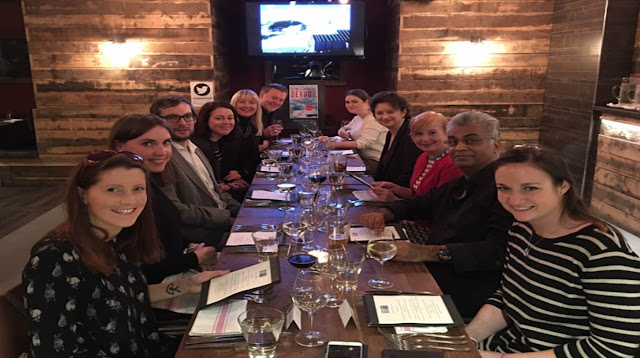 So what’s Devour about?

Their greatest fear was contaminating an ancient Antarctic lake, buried beneath the ice for millions of years. They little knew the catastrophe they were about to unleash.

Welcome to the high octane world of Olivia Wolfe.

As an investigative journalist, Wolfe lives her life in constant peril. Hunted by numerous enemies who are seldom what the first seem, she must unravel a complex web of lies to uncover an even more terrifying truth.

From the poppy palaces of Afghanistan and Antarctica's forbidding wind-swept ice sheets, to a top-secret military base in the Nevada desert, Wolfe's journey will ultimately lead her to a man who would obliterate civilisation. She must make an impossible choice: save a life - or prevent the death of millions. 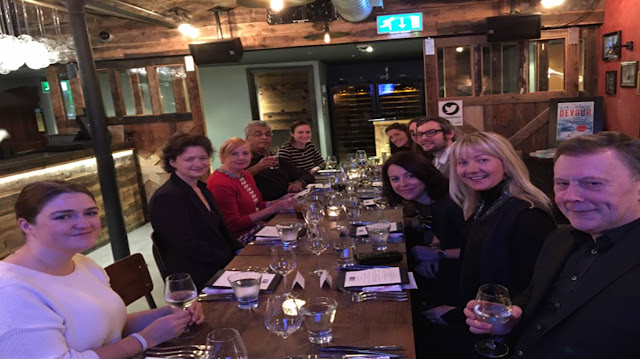 And who is LA Larkin?

Louisa Larkin, has been likened to Michael Crichton and Matthew Reilly. The Genesis Flaw was nominated for four crime fiction awards and Thirst described as, 'The best Antarctic thriller since Ice Station Zebra'. An adventurer at heart, Larkin has spent time in the Antarctic, with scientists at the British Antarctic Survey and the Australian Antarctic Division.
L. A. Larkin lives in Sydney and London, and teaches mystery and thriller writing.
So a cadre of London critics including Jon Coates of The Express, Jake Kerridge of The Telegraph, and The Man of Noir, Barry Forshaw and many others found ourselves breaking bread with Louisa Larkin at The Reindeer Room, where we were introduced to Devour –

Then after our meal, we ventured into The Ice Bar, which was an extraordinary experience as this video indicates –

And here are some photographs of the event, for after the 45 minutes in the artic temperatures; we had to have strong hot coffee, fortified with gin to recover. 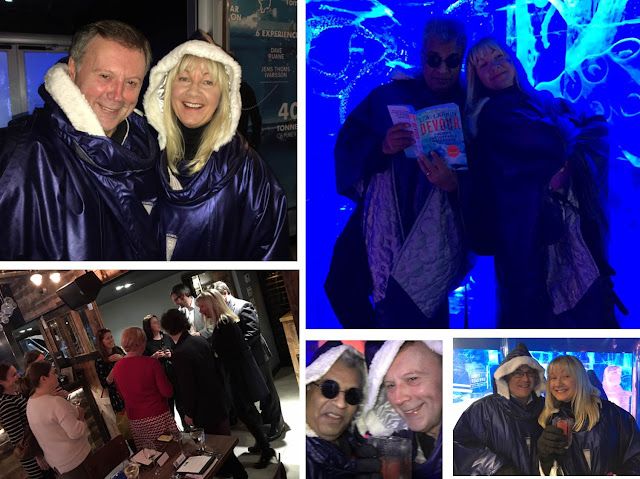 Shots have copies on discount and available for pre-order here as Devour looks like a very interesting thriller to kick start 2017. 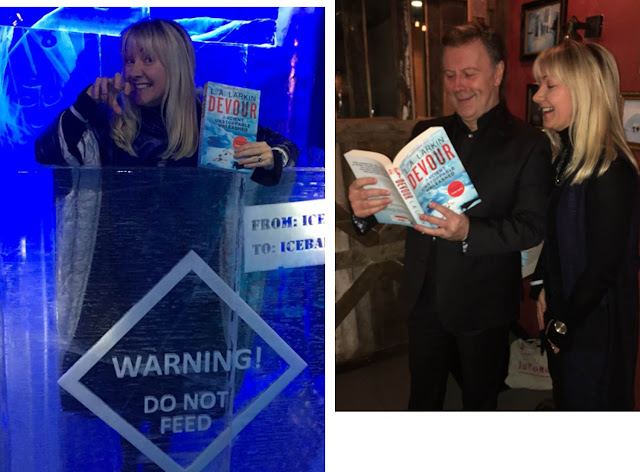 Shots eZine would like to thank Constable, Little Brown, Sophie Ransom and her colleagues for organising a rather interesting lunch, and cocktails in London’s Ice Bar – a rather suitable venue to launch Devour, with its permafrost narrative and delightful author.
Posted by Ali Karim at 22:06

Hi Ali, Thanks for being such fabulous company and for braving the 'fridge' at Ice Bar. Best wishes, Louisa