The Voices of The Unquiet Dead

On Tuesday there will be no bread in Sarajevo. 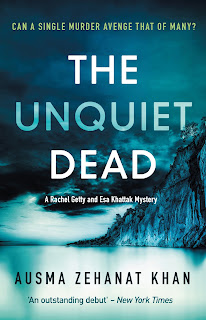 I was a law student at the University of Ottawa when I first read those words. Together with other statements made by Bosnia’s representatives at the United Nations Security Council, the words filled my mind like dark and damaged poetry. The war had broken out in Bosnia, a republic of the former Yugoslavia, just as I had begun my study of human rights law. I was quickly to learn that despite the protections promised by international law to civilians under siege, every crime conceivable would soon be committed under the eyes of a culpable United Nations. The war in Bosnia ended in 1995, but it would be years before perpetrators of those crimes would be tried at the International Criminal Tribunal for the former Yugoslavia. The testimony from those trials laid out in detail the nature of the war’s atrocities—statements that were agonising in the story that they told. These were the voices of the people of Bosnia. They spoke of genocide. Of expulsion, torture, concentration camps and mass rape. They described unimaginable suffering in the plainest of words. A boy being led away to a Srebrenica killing field asked his mother to retrieve his bag—a bag soldiers had tossed aside. A husband missing his wife remembered the beauty of the life they had built together. Another mother spoke of being unable to watch children holding hands on their way to school because her own hands were empty. Girls I interviewed years later told me of the fathers, uncles, brothers, and other family members murdered during the Srebrenica massacre.

Those voices and statements never left me. As a student, I spent months in the human rights centre and the government publications library, reading page after page that testified to genocide, war crimes and crimes against humanity. As I conceived of the idea of writing The Unquiet Dead, it seemed nearly impossible to me that I could find a way to tell this story. Until I remembered those voices. I knew they needed to stand on their own in The Unquiet Dead.

I could and did write a dissertation on what happened during the war.
Or I could get to the heart of things in a single sentence.


On Tuesday there will be no bread in Sarajevo. 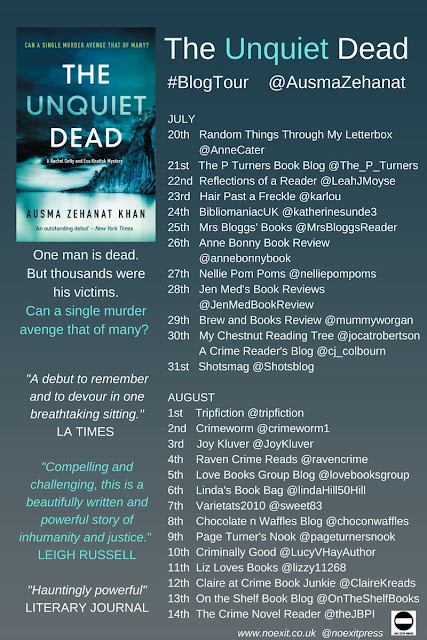 The Unquiet Dead by Asuma Zehanat Khan
One man is dead.  But thousands were his victims.  Can a single murder avenge that of many?
Scarborough Bluffs, Toronto: the body of Christopher Drayton is found at the foot of the cliffs. Muslim Detective Esa Khattak, head of the Community Policing Unit, and his partner Rachel Getty are called in to investigate. As the secrets of Drayton’s role in the 1995 Srebrenica genocide of Bosnian Muslims surface, the harrowing significance of his death makes it difficult to remain objective. In a community haunted by the atrocities of war, anyone could be a suspect. And when the victim is a man with so many deaths to his name, could it be that justice has at long last been served?
Buy it from SHOTS A-Store
Posted by Ayo Onatade at 03:00