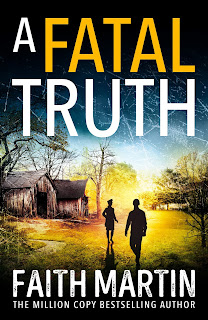 Many people have asked me why I decided to write a crime series set in the 1960’s, after writing contemporary fiction for over 30 years.  And the simple answer is – I wanted to!

I’ve always loved the 1960’s era (not that I admit to remembering much of it, mind) and it’s always struck me that the ‘golden age’ of crime ended too soon to properly embrace all that that iconic decade had to offer.  And since I grew up (like many people) reading Agatha Christie, Dorothy L Sayers, etc., I’ve always had a soft spot for what my Mum used to call ‘proper’ crime!  By which, of course, I mean the classic locked-room mystery, the prerequisite six or so suspects, the red herrings, the hidden clues and, of course, a larger-than-life private sleuth to make the all-important dénouement of the killer’s identity in the final pages.  All of which made me yearn to write something that combined the elements of the golden age, with that 1960’s vibe.

So having decided what period I wanted for my new series, I needed to decide on a location.  And Oxford was the only (or perhaps I should more honestly say, easy) choice as it’s the only city I know!  It’s also a place that really lends itself to fictional crime, with it’s fabulous and world-renowned ‘dreaming spires’ architecture and eclectic mix of students, dons, town-versus-gown rivalries and all sorts of other atmospheric goodies.

Now, whenever I start a new series, I always want to try and write something different from what I’ve done before.  Not only because I think I owe it to my readers to give them something new to get their teeth into, but because I think, as a writer, its important that I challenge myself to try fresh things – even if it does take me out of my comfort zone.  And here, I have to admit, there is something very seductive about writing a long-running series, as you get to know both your main character, your readership and the ‘voice’ of that series so well, that it becomes much easier to produce a novel (or two!) a year.  Alas, the downside to this is that you’re constantly having to stop yourself from getting lazy!  Or that might be just me……  (If any of my fellow crime writers are reading this and muttering that I should speak for myself, my apologies.)

Anyway, when contemplating my new project, it gradually dawned on me that, until now, I’d never even considered writing a book that wasn’t lead by a solo protagonist.  And since, on the whole, there are relatively few crime-solving duos in the crime pantheon (Holmes & Watson being by far the most famous, of course) I had a mental light bulb moment and decided to add to the list and create my own pair of sleuths.  (After all, how hard could it be, I thought.  As you do.  If you’re not the brightest of sparks….)

So, having decided on the direction I wanted to go, I naturally had to think long and hard about what sort of dynamic that I wanted to exist between them.   Would one be more dominant, and the other a definite ‘sidekick’.  Or would they form a strictly fifty-fifty partnership, which might be slightly harder to arrange, but might prove much more interesting?  One thing was certain – each would need their own specific place in the story lines in which to shine.  And since in the 1960’s, social divisions were very prominent, it made sense to have a working class character working off someone who enjoyed a higher social status.  I’m also very aware of the fact that I have both a large male and female readership, and I always strive to write something that would appeal to both!  So, after much head-scratching, pacing about, ranting and swearing (my dog almost disowned me) finally came to a conclusion.  Namely, that the teaming of a young WPC, who was very green and with a steep and difficult learning curve ahead of her with an experienced, older man nearing the end of his own very successful career seemed ideal.  Hence Ryder & Loveday were born.

Luckily, this unusual marriage of 1960’s Oxford and a disparate pair of detectives, seems to have caught my readership’s imagination, but I have to admit to being genuinely astonished when their very first outing A Fatal Obsession went straight to the No1 spot in the Bookseller’s e-book listings.  For which I can only say a very heartfelt “thank you” to all my readers.

A Fatal Truth by Faith Martin (HarperCollins) Published 11 June 2020
As the Hughes family celebrate bonfire night, a terrible accident leaves the garden shed in flames - and father and grandfather Thomas trapped inside. Tragic though it is, Thomas's death passes without suspicion - until a local journalist makes accusations of a police cover-up in the press. WPC Trudy Loveday is sent to investigate, and asks coroner Clement Ryder to help.But the more questions the two ask the less clear the case seems. There's no evidence   of foul play, and yet the dead man's family are obviously hiding something. Then there are Thomas's dubious business practices - was someone out for revenge?  All Trudy and Clement know for sure is that everyone is lying - and that they must find the truth...