Emma Christie on Telling The Truth on Social Media 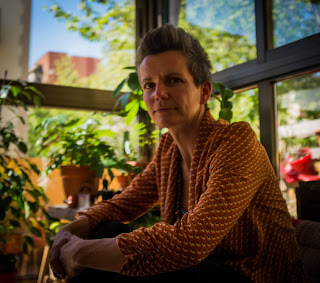 True or false: We all lie on social media.
If you’re honest, I think you’ll admit we rarely tell the whole truth.
Sometimes our lies are tiny and barely perceptible; a beaming smile that makes us look much happier than we really feel; a thumbs-up on someone else’s post when really we don’t care about the fact they’ve managed to grow a tomato. Or maybe a friend shares photos of their children dribbling their baked beans at dinner and you feel the need to respond saying they’re cute, when in reality you’re wishing someone would grab a damp cloth and wipe them down. I’m sure we’ve all done it, and will keep doing it.

But why don’t we just tell the truth?
Why use social media to deceive others?
Are lies always just one click away?

This is one of several themes I explore in my debut novel, The Silent Daughter. Set in Edinburgh, mostly in the rain, it follows a news reporter called Chris Morrison as he searches for his missing daughter, Ruth. He also investigates the possibility that Ruth’s disappearance is connected to a recent accident that left his wife Maria in a coma.

Social media plays an important role in the story as Chris realises the idyllic world his globetrotting daughter has always presented online may well be wildly different to the life she actually lives when she’s out of their sight.

The Silent Daughter highlights the fact that, most of the time, we don’t really stop to question the truth of what our friends and family post online. And why would we? If your best friend says he’s hiking up north, we just assume he’s telling the truth.

But as someone who’s travelled extensively in fairly exotic locations – I spent almost five years travelling and working in Central America – I’ve often thought how easy it would have been for me to invent stories, safe in the knowledge that nobody back home would question it. Most people had never even heard of the places I was visiting – so even if they did have doubts about the life I was presenting, they’d have had no way of checking.

Was my life really as blissful as I claimed in those sunset photos I posted on Facebook? Were those really my toes wriggling in the sand of that beautiful beach? Did I even take that photo? And in fact, was I even there? In reality, you’ll never know.

Long gone are the days when I went backpacking with ten rolls of camera film sealed in a freezer bag so they’d be safe and dry until I got them developed back in Scotland. Twenty years ago when I was sharing stories with other travellers on the road we’d often spend a while describing places and how to reach them. Nowadays, we pull out our phones and show off an endless gallery of photos and digital maps. The internet has transformed our ability to share images – and it’s not just travellers who are obsessed with taking and sharing photos.

Hands up if you’ve ever taken a photo of your lunch and posted it online? Yes, me too.

As a fiction writer I work hard to maintain my online presence and I try to present an authentic picture of my life – but there are undoubtedly times when I post with a motive in mind. Maybe I want to be applauded for something I’ve achieved or perhaps I’m looking for sympathy or attention on difficult days. And sometimes I simply need reassurance that people are interested in what I’m doing and what I have to say – and a few thumb-ups is all it takes.

I’m sure I’m not the only one.

And without a doubt the images I post on social media make my life seem pretty wonderful almost all of the time. I’m not saying that isn’t true – I feel very blessed - but obviously I have darker days too; times when doubts and worries linger for longer than I’d like.

The lives we present online rarely match the reality 100%. And it’s vital to acknowledge that these days, images are king. I’ve heard a few people jokingly say the following phrase, but there’s truth to it: If there isn’t a photo, it didn’t really happen.

In The Silent Daughter, I’ve turned that idea on its head. If there IS a photo, does that mean it 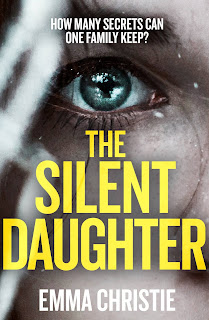 DID happen? I’ll let you - and my characters - work that one out for yourselves.

The Silent Daughter by Emma Christie is published 3rd September by Welbeck, £8.99 in paperback original.
Deceit runs in the family . . . Chris Morrison is facing his worst nightmare. His wife is in a coma. His daughter is missing.. And the only thing more unsettling than these two events . . . is what might connect them. Some secrets can change a family for ever.
Posted by Ayo Onatade at 06:00