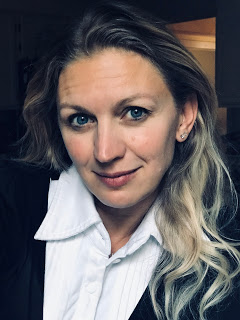 “How much will it hurt tonight, and when will the itching drive me crazy?” I said. I was lying on my stomach, trying to stay very still, while my doctor stitched up my right shoulder blade. I have reached the age where my skin is occasionally described as “suspicious”.

“Have you ever had stitches?” I said, soaking up every sensation, committing them to memory because they may come in handy for a story. Writers are an odd bunch, aren’t we?

That night, it felt like invisible little knives jabbing my shoulder at an irregular rhythm. Of course, it hurt! I had two layers of stitches, deep and superficial. Even as the prickly and throbbing pain under my skin drove me nuts, I thought it was funny how badly my doctor had misled me. She hadn’t lied to me. She was a conscientious doctor. She just didn’t know what it felt like.

But these questions dig deeper into the differing perspectives of reality and how they can affect psychiatric diagnosis and prescription. Psychotropic drugs are both overprescribed and underprescribed. They have saved lives and ruined lives. They are still prescribed mostly as one-size-fits-all, but should they be? The brain is complex, and variation rules.

Crime novels and thrillers are especially heavy on neuroscience psychology. The genre is rife with diagnosis and drugs (legal and illegal), serial killers and psychopaths, and relatable, stable people who are simply pushed too far.

We all have the potential for violence within us; it’s a defense mechanism for survival. Neurologist Robert Burton explains that, even after 30 years of searching for patterns, psychiatrists and psychologists cannot predict who will commit murder, which is unsettling, but also a great relief. Screening populations for violence sounds like a frightening dystopian novel. (Sadly, it’s not. Police use of AI and facial recognition is all over the news.)

Those of us who don’t have psychiatric issues still have differing perceptions of reality and psychological quirks. Some of us buy into conspiracies. Others are awake in the middle of the night, worried sick over inconsequential things. Some are dependent on their evening glass of wine or get pissy if they don’t exercise. Many of us replay conversations over and over, thinking, I’m so stupid, I’m so stupid.

Some of us embrace our psychological quirks; others don’t. That’s another nuance of the topic. What are we comfortable exposing about ourselves, and what do we feel compelled to keep secret?

In She Lies Close, Grace Wright is the secretive type. She has anxiety and insomnia, she takes meds for ADHD, and her meds exacerbate her insomnia, which leads to other troubling behaviors. She is worried about losing custody of her kids, so she keeps a lot of secrets.

In this dark psychological thriller, recently divorced Grace Wright moves her two small children into a new house, hoping to start a new life, longing to reset her crippling insomnia, but finds out she’s moved in next door to the only suspect in the kidnapping of five-year-old Ava Boone. Grace becomes obsessed with her menacing neighbor and the family of the missing little girl, and then a body turns up...

She Lies Close has already gathered strong early praise, with New York Times bestselling author Mary Kubica declaring it as "an explosive, darkly comedic psychological thriller with one of the most memorable protagonists I’ve read" and USA Today bestselling author Hank Phillippi Ryan describing it as a “masterclass in voice, a psychological tour de force, and one of the most original stories I've ever read.”

She Lies Close is by Sharon Doering (Published by Titan Books)

Five-year-old Ava Boone has been missing for six months. There have been no leads, no arrests, no witnesses. The only suspect was quiet, middle-aged Leland Ernest. And Grace Wright has just bought the house next door. Recently divorced, Grace uprooted her two small children to start again and hopes the move will reset her crippling insomnia. But now she understands bargain-price for her beautiful new house. With whispered neighborhood gossip and increasingly sleepless nights, Grace develops a fierce obsession with Leland and the safety of her children. Could she really be living next door to a child-kidnapper? A murderer? With reality and dream blurring more each day, Grace desperately pursues the truth - following Ava's family, demanding answers from the police - and then a body is discovered...

She Lies Close is available now in the UK and releases on November 10 in the US and Canada.