Nele Neuhaus is In Good Company 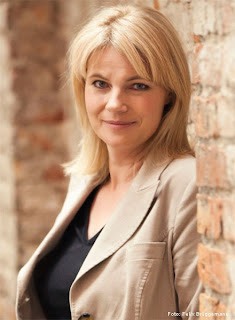 Nele Neuhaus is one of Germany's most widely read crime authors. She was born in Muenster / Westphalia and raised in Paderborn.  She has been living in the Taunus region since her childhood and has been writing just as long.
Ever since my childhood, I’ve loved dreaming up stories and writing them down. At first I used to do this with a fountain pen in my school books; later my parents gave me a typewriter. I’ve written and dreamt about writing books my whole life.

It would have sounded crazy if I’d told my parents that I wanted to become an author after finishing my A-Levels. So I looked for a job and began to study law. Then I met my husband – reading wasn’t his cup of tea and he had even less enthusiasm for writing. Nonetheless I never let myself be put off and worked away on my first manuscript in every free moment that I had for over eight years.  “Below Sharks” is over 1000 pages long and is set in .  I was absolutely convinced that I had written a bestseller, but publishers thought otherwise. I got rejection after rejection. But I was in good company in that respect – even J.K. Rowling didn’t find a publisher for Harry Potter in the beginning.

So I looked for other options and came across the concept of ‘printing on demand’. I had 500 copies of book printed through one provider and immediately began marketing it: I designed my own website, sent off copies of my book here and there on Amazon, but the bookshops didn’t want to sell my book. The office in my ex-husband’s meat factory turned out to be a wonderful sales opportunity with the customers there becoming the first to read my book. My second book (“An Unpopular Woman”) was a crime novel which is set in the region where I come from.

After a couple of good articles in the papers, word got out that there was a crime novel set in Taunus. Suddenly the bookshops were ordering from me. In the mornings, I would work at the company, in the afternoons I would deliver the books that I was storing in my garage. At the same time, I was continuing to write my next book – despite the protestations of my ex-husband. 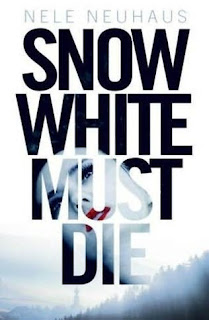 The third book (“Murder’s Friends”) had a first run of 5000 copies and then the company’s drivers had to pitch in and deliver the book on their rounds. One day in January 2008, a rep from the Ullstein Publishing House was in a bookshop in Koenigstein when the owner gave her a copy of “Murder’s Friends” and told her that the book had sold better than the latest Harry Potter in the run-up to Christmas. The rep took the book with her and gave it to an editor at the publishing house. Then came the day in February 2008 when everything changed for me: the editor emailed me to ask whether I would be interested in writing for Ullstein Publishing House! Naturally I didn’t hesitate for long and wrote “Deep Wound”, the third in the series about detectives Oliver von Bodenstein and Pia Kirchhoff, which subsequently soared up the bestseller lists. My big breakthrough didn’t arrive for another year until “Snow White Must Die”. Since then I have sold over 4 million books  in over 20 countries, which have also been turned into films. My biggest dream has come true because I believed in myself and didn’t let myself be put off by rejection and failure. Sometimes I have to laugh when I think about how it all began. Back then my books fitted in my garage, today I have to rent out a whole warehouse!

On a rainy November day police detectives Pia Kirchhoff and Oliver von Bodenstein are summoned to a mysterious traffic accident: A woman has fallen from a pedestrian bridge onto a car driving underneath. According to a witness, the woman may have been pushed. The investigation leads Pia and Oliver to a small village, and the home of the victim, Rita Cramer.

On a September evening eleven years earlier, two seventeen-year-old girls vanished from the village without a trace. In a trial based only on circumstantial evidence, twenty-year-old Tobias Sartorius, Rita Cramer’s son, was sentenced to ten years in prison. Bodenstein and Kirchhoff discover that Tobias, after serving his sentence, has now returned to his home town. Did the attack on his mother have something to do with his return?

In the village, Pia and Oliver encounter a wall of silence. When another young girl disappears, the events of the past seem to be repeating themselves in a disastrous manner. The investigation turns into a race against time, because for the villagers it is soon clear who the perpetrator is—and this time they are determined to take matters into their own hands.

More information about Nele Neuhaus can be found on her website and on Facebook  She can also be found on Twitter @NeleNeuhaus
Posted by Ayo Onatade at 12:09