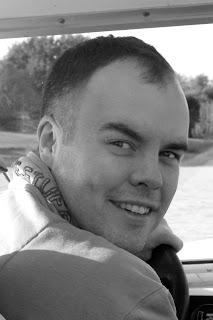 Today’s guest blog is by debut novelist Stephen Lloyd Jones.  By day he works in advertising and is the director of a leading London media agency.

I’ve always enjoyed reading stories that grab you by the throat, forcing you to turn the page because you simply have to know what happens next. With The String Diaries, published by Headline on 4th July, I wanted to write something that would keep people gripped until the very last scene. I also wanted to write about strong, compassionate characters, the kind of people that readers would care about.

I’d had the idea for the novel’s first scene knocking around in my head for a while: a young woman, Hannah Wilde, is driving through the night to a remote mountain farmhouse. Her husband is bleeding to death beside her. On the back seat sleeps their nine-year-old daughter. Something terrible is following them: something that has hunted the last five generations of their family.

The title of the book refers to a battered and timeworn bundle of hand-me-down journals and letters written by Hannah Wilde’s ancestors. They’re an account of her family’s struggle, a record of everything they’ve been able to find out about the threat that has terrorised them for so long. The diaries are a family history, yes. But more importantly than that, they’re a survival guide; the only guidance Hannah can rely on as she attempts to keep her remaining loved ones alive.

Even as I started to write that first chapter, I wasn’t entirely sure of the nature of the something following them. One thing I did know: I would only ever find out if I actually plonked my butt down in front of my laptop and started punching the keys. It might sound strange to say, but even if I’d known at the outset that The String Diaries would never find a publisher, I would still have ended up writing it. I was already hooked on that initial scene, you see; I simply had to find out what happened next. Luckily, of course, on completion the book found several publishers. After its debut publication in the UK this summer, editions will follow in the US, Germany, Italy, France, Holland and elsewhere.

Thomas Harris once said, ‘You must understand that when you are writing a novel, you are not making anything up. It’s all there and you just have to find it.’ It certainly felt that way for me. Writing the rest of the story after seeing that first scene in my head felt less about making up the next bit, and the next bit and so on until I had a finished novel in my hands. It felt much more as if I were sending out feelers, squinting at the thing from the corner of my eye, trying to remain hidden, trying not to scare it off until I’d observed enough of it to get it down on paper.

Of course, actually finding the time to get it down on paper was part of the challenge. At the time, I was working – and still am – as an account director for a central London media agency. By day, I develop advertising campaigns for clients, make decisions on whether to invest in TV, radio or print, pitch for new business, and negotiate deals with media owners. The job is varied but the hours can be long and intense. 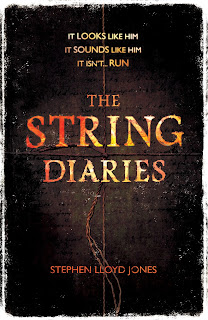 Combined with my day job, it meant I didn’t really have the luxury of an allotted time or place to write each day. I simply squeezed it in where I could: late at night after the boys were in bed; on the train during the daily commute; in coffee shops during snatched lunch breaks.

But that was okay. I was doing what I loved. And when you love something, really love it - even if you have to wipe your work-in-progress clean of yoghurt or breast milk or baby vomit most mornings – you find the time. Somehow.  As the story developed, I discovered that this was a book that needed to be told in three distinct time periods. While the bulk of the novel is set in present day Snowdonia, there are sections set in Oxford during the 1970s, and also Hungary during the nineteenth century.

The historical sections demanded a significant amount of research. I visited Budapest (and spent a morning in an ex-communist bunker test firing a selection of automatic weapons); I employed a Hungarian language specialist; I spent hours pouring over old photographs, plans or blueprints to various city landmarks.  Another really intriguing part of the publication process is seeing how each individual country chooses to promote the story through its choice of cover design. Some are marketing it as a straight thriller, some as a supernatural thriller, some even as a historical thriller.

Whatever its final classification, my aim, when I started this, was simply to tease out the story that followed that initial image in my head: a young woman facing impossible odds, on the run from a killer who’s tormented countless generations of her family. Hannah’s prepared to sacrifice everything to keep the rest of her loved ones safe. And maybe, in the end, she will. If you choose to discover The String Diaries for yourself, I sincerely hope you enjoy it.

Steve Jones can also be heard on Simon Mayo’s Book Club today at 17:05 on BBC Radio 2 where he will be discussing his debut novel The String Diaries with Simon Mayo.

The video for The String Diaries can be seen below –

The String Diaries by Stephen Lloyd Jones is published by Headline on 4th July in hardback priced £14.99 and is his debut novel. Follow him on Twitter @sljonesauthor