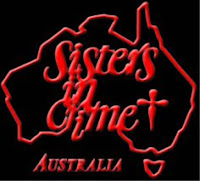 Best Children’s Crime Novel
The Girl in the Mirror by Jenny Blackford (Eagle Books, an imprint of Christmas Press)

Darkness for Light by Emma Viskic (Echo Publishing) and The Scholar by Dervla McTiernan (HarperCollins Publishers Australia) are joint winners of the Readers’ Choice Award, as judged by the 500+ members of Sisters in Crime.