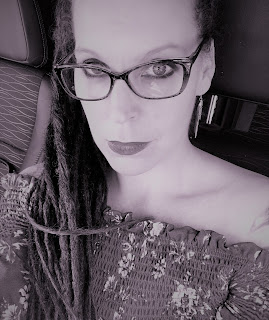 What’s a mystery without a red herring? The use of a great red herring leads the reader down multiple paths of uncertainty and is strategically necessary in a good thriller or mystery. Using them correctly is an art. The killer is never going to be the obvious bad guy making all the noise, right? We’re savvy readers these days, so if you have a character who makes too little noise and seems like the least likely culprit, that will automatically send up a red flag and make them highly suspect too, so it’s not an easy feat creating an engaging mystery with the magic number of red herrings . It’s a balance. The author needs to misdirect with the right amount of distraction and illusion that induces the reader to make false conclusions, but not bombard us with too many characters to care about and rabbit holes to climb down.

Each red herring has to serve a purpose, be carefully planned out and placed. They must add to the story while not being too obvious. The reader should never figure them out before the protagonist does. It’s not an easy undertaking, but here are three novels that make the red herring look easy.

The Invitation by Rachel Abbott

Jemma and Matt are invited to Matt’s childhood friend, Lucas Jarrett's, home for a wedding that ends in tragedy. A body is found. One of the guests is dead. A year later, they are all invited back for what turns into a twisted game Lucas is forcing them all to play in order to uncover what really happened that fateful night and which one of them knows more than they’re letting on.

This one got rave reviews for a reason. There are so many characters that you have red herrings galore and although sometimes it can be jarring to keep so many characters straight especially with multiple points of view, in addition to switching between first and third person, that structure actually makes it effortless. Don’t let the complexity deter you because it’s a very well-constructed plot with memorable characters you’ll find yourself thinking about after you put it down.

The Sleeper By Emily Barr

Lara Finch is living a lie. She is bored in her marriage although to the outside world, her life is idyllic. When she talks her husband into agreeing she should take a job in London that requires her to take an overnight sleeper train each week, she feels guilty for enjoying being away. That guilt is short lived, however, when she meets a man on the train whom she begins an affair with. When she suddenly disappears from the train, her double life and dark secrets from the past begin to surface as the search for her ensues.

I love a story that’s so well-crafted you never suspect the ending and so you keep turning the pages because you will not be satisfied until you know the truth. The structure of this book switches between two first person protagonists in an unusual way that really keeps the reader’s suspicions darting from character to character in search of the culprit. There aren’t an abundance of red herrings, but the ones that exist are so well placed you suspect everyone and no one all at the same time.

On an island off the coast of Ireland, a high profile wedding is being held, and when the family and friends of the couple arrive, things get weird fast. The best man, the bridesmaid, the plus one, the wedding planner--everyone has a secret and yes, there’s a murder, but this dream wedding turns into a nightmare long before the dead body is found. Told in a past/present structure the question is, who is the victim and who is the killer?

The author provides the perspectives of a wide host of diverse characters, from the bride, to the guests, to the host which keeps the list of suspects juicy because you are getting facts from all sides and trusting and suspecting everyone’s motives at some point. There are so many people to suspect, you’ll never guess the satisfying twist that awaits you at the end. Each characters past--their grief, losses, their simmering resentments and jealousies are skillfully revealed as the story moves toward it’s explosive ending, and the red herrings are so adeptly sprinkled in, that even though it’s a slow burn, you will gladly wait, and it will be worth it. 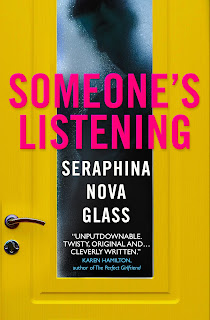 Faith Finley has it all: she's a talented psychologist with a flourishing career, a bestselling author and the host of a popular local radio program, Someone's Listening, with Dr. Faith Finley. She's married to the perfect man, Liam Finley, a respected food critic. Until the night everything goes horribly wrong, and Faith's life is shattered forever. Liam is missing-gone without a trace-and the police are suspicious of everything Faith says. They either think she has something to hide, or that she's lost her mind. And then the notes begin to arrive. Notes that are ripped from Faith's own book, the one that helps victims leave their abusers. Notes like "Lock your windows. Consider investing in a steel door." As the threats escalate, the mystery behind Liam's disappearance intensifies. And Faith's very life will depend on finding answers...