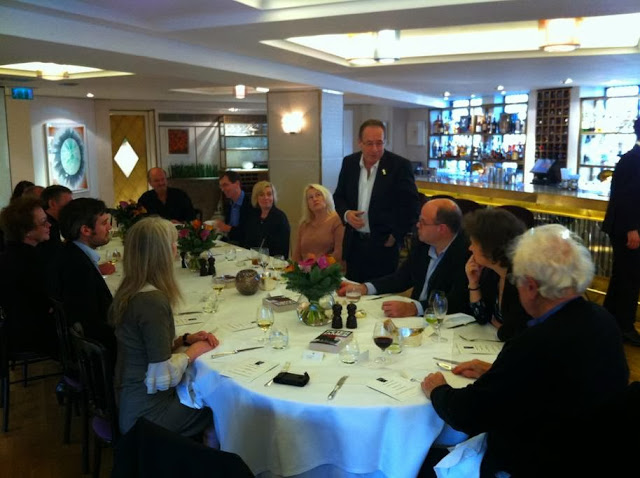 Sunday Times No 1 bestselling crime writer Peter James and his British publisher Pan Macmillan will be celebrating the tenth anniversary of James’ internationally bestselling Roy Grace series next year.  Seven of Peter’s Roy Grace novels have been Sunday Times No.1 bestsellers and the series is now translated into 36 languages.  His novels have sold over 14 million copies worldwide to date. 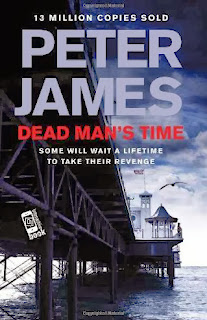 James was racing his 1965 BMW, which he bought in January for £100,000, when he was clipped from behind by a Lotus Cortina as he took a fast downhill bend at 85mph.

“If you were a baddie and you wanted to spin a car round, you’d hit the back section just there by the rear wheel,” he told The Independent yesterday. “I always wondered what it would feel like. I saw grass, gravel, tarmac… Apparently I rolled four times.”

To celebrate a decade of Roy Grace in 2014 and his survival from the car crash - Peter James invited a number of critics, booksellers and journalists to his Christmas Luncheon in . During lunch, Mike Stotter and Ali Karim organised 3 signed copies of his latest Roy Grace thriller – the No 1 Paperback Dead Man's Time for a Shots Competition.

Peter James commented ‘When I sat down in 1983 to write the first Roy Grace novel, Dead Simple, which was the first of a two book contract with Pan Macmillan, I thought that's all there would ever be.  I decided to set up the mystery of 's missing wife Sandy in the first and provide the answer in the second.  I find it hard to believe I've just finished the 10th in the series, and am about to start the 11th, and I have to pinch myself to really believe the enthusiasm from my fans around the world.  2014 promises to be the most exciting year of my career and my life, with so much happening in this 10th Anniversary year of Roy Grace.’ 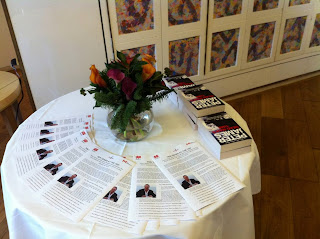 The first novel in the series, Dead Simple was published in 2005 and the tenth Roy Grace thriller will be published in June 2014. Among many literary awards, including the publicly voted ITV3 Crime Thriller Awards People’s Bestseller Dagger in 2011 and he was shortlisted for the Wellcome Trust Book Prize for Perfect People in 2012.  As popular internationally as in the , he won the US Barry Award [from Deadly Pleasures’ Magazine], for Best British Crime Novel for Dead Man’s Grip in the Autumn of 2012. 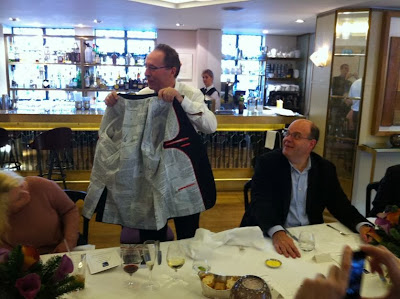 The theatrical premiere of the stage adaptation of his bestselling novella, The Perfect Murder embarks on a UK-wide tour of the country's leading theatres from January. Featuring the much-loved (Spamalot) and Celebrity Masterchef star Les Dennis alongside Waking the Dead and Casualty actress Claire Goose as the warring couple with murder on their minds, the all star cast also features 's award winning Gary O'Brien, and Casualty's Steven Miller. In a twist for ardent fans of Peter's writing the stage adaptation also features a young Roy Grace working his very first case.

So to celebrate a Grace-full decade, his publishers commented –

Wayne Brooks, Peter’s Editor at Pan Macmillan, says: ‘Peter James is at the peak of his writing career and Want You Dead, to be published in June 2014 is his most shocking and thrilling book to date. I couldn’t think of a better novel to celebrate ten years of Roy Grace with. We’re all gearing up for a very exciting 2014!’ 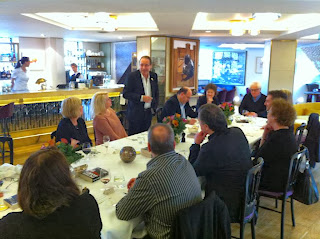 Geoff Duffield, Pan Macmillan’s Creative Director, adds: “In the course of ten gripping and twisting crime-ridden years, Detective Superintendent Roy Grace has become one of the English-speaking world’s most loved fictional characters. In 2014 we are going to make Grace’s 10th anniversary a year of celebration and surprises for everyone who has read and enjoyed Peter James’ great detective. Happy Birthday, Roy Grace!” 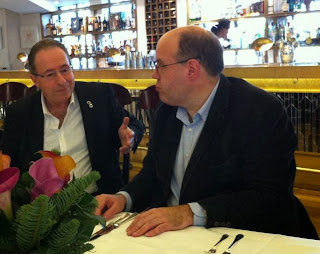 Don’t worry if you don’t win one of the three signed copies of Peter’s latest as Shots Magazine’s online book store is offering DEAD MAN’S TIME on a special offer here with over 50% off the RRP.

Peter’s Roy Grace novels are making waves in America following his Barry Award win last year and the critical acclaim for his techno thriller PERFECT PEOPLE, so if you’ve not explored the dark side of Brighton, perhaps it’s time you did.