When The Lights Go Out by Mary Kubica 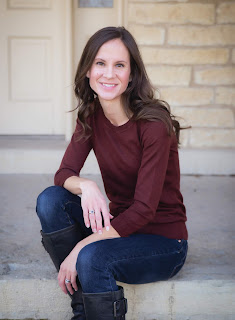 For me, a novel’s inspiration is not often as magical and inspired as the word implies, but rather a calculated process of moulding an idea into shape.  That first idea that came to me for When the Lights Go Out was the ending itself, which I won’t speak of in any detail for fear of giving too much away!  What I will say is that the books I write are psychological.  There’s nothing I enjoy more than getting deeply into my characters’ psyches and discovering what motivates them, what makes them tick.  The ending for this novel was bold, and allowed me to do just that in a way I hadn’t ever before.
But dreaming up this twist was only the first step in the writing process.  I also needed a story and characters to go with it.  This is often where I draw on experiences from my own life.  There are two storylines in this novel.  First there’s Jessie, a twenty-year-old woman left to fend for herself after her mother’s dies from cancer.  Jessie’s grief is transparent and in some ways debilitating.
I lost two of my grandparents to cancer when I was twelve and then twenty.  My grandfather passed first.  I was with my grandmother when she died.  Over twenty years later, the memories of my time with them, and in particular their battles with cancer, are crystal clear.  These details – the minutiae I pray I don’t ever forget – like the smile on my grandfather’s face when his hair started to grow back after chemotherapy, or what my grandmother’s hands looked like late in life – are there in Jessie’s story and in her memories of her mother.  They keep her company day and night as, in the wake of her mother’s death, Jessie falls prey to an unrelenting insomnia.
The other character we meet is Eden, a young woman married to the love of her life.  Eden and Aaron are eager to start a family, when, after weeks and months of struggling to conceive, come to realise parenthood may be out of reach.
I have two children myself.  Being a mother is the most important thing in the world to me.  I didn’t struggle with infertility, but I know many couples who did: two close friends and a sister of mine.  It was heartbreaking to see that while my family was growing with ease, many others were not.  The toll infertility takes on a marriage is startling, not to mention the financial impact and the effect it has on a person’s soul. 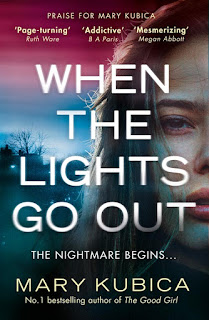 When the Lights Go Out weaves the stories of Jessie and Eden together and, while a psychological thriller about one woman’s quest to find her true identity, is an emotional tale about the bond between parent and child, and what it means to be a mother.  It’s a story of love and loss and what happens when the things we desire most in the world are withheld from us.  It’s a story that’s fiction, and yet taken in part from my own life.
When The Lights Go Out by Mary Kubica (Published by Harper Collins)
As far as the world's concerned, she's already dead.  Jessie Sloane is getting her life back on track after caring for her sick mother. But she's stopped short when she discovers, that according to official records, `Jessie Sloane' died seventeen years ago.  So why does she still feel in danger?  Thrown into turmoil and questioning everything she's ever known, Jessie's confusion is exacerbated by a relentless lack of sleep. Stuck in a waking nightmare and convinced she's in danger, she can no longer tell what's real and what she's imagined.  The truth lies in the past...  Twenty years ago, another woman's split-second decision may hold the key to Jessie's secret history. Has her whole life been a lie? The truth will shock her to the core...if she lives long enough to discover it.