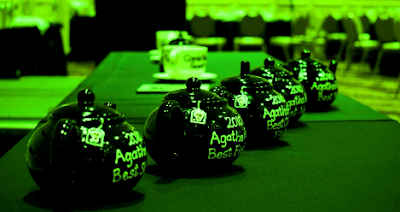 The 2019 Agatha Award nominees have been announced.  The winners will be announced at Malice Domestic 32 which will be taking place between 1 – 3 May at the Agatha Awards Banquet.