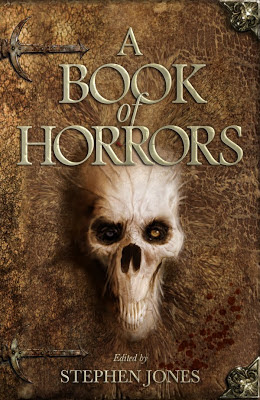 Among the books available from the JFB table will be copies of the new anthology A Book of Horrors and the complete collection Curious Warnings: The Great Ghost Stories of M.R. James, both of which can be signed by award-winning editor Stephen Jones and acclaimed artist Les Edwards from 1:00 – 2:00 pm. Also signing is British fantasy author Adrian Cole, who will have a number of his own books available at special prices.
As usual, a wide range of leading UK dealers will be offering 1,000s of SF, Horror, Crime, TV and Film-related and Western paperbacks, pulp magazines, comics and more! Admission on the door is only £3.00.
All Enquiries: Tel: 01202 849212 / E-mail: wardzinski@hotmail.co.uk

Tonight! - Watch the Awards on ITV3 at 9pm


The Awards Ceremony, hosted by Bradley Walsh, will be aired tonight, Tuesday 23rd October at 9pm with 2 repeats during the week. Viewing figures over the Crime season of the 5 episodes of ‘Crime Connections’ on ITV3 have been excellent, exceeding last year with a total audience of over 2 ½ m. Coverage of the winners was widespread and included prominent features in The Times, The Guardian and the Daily Telegraph.