Results of the Macavity and Barry Awards from Bouchercon 2012 Cleveland, Ohio

The opening ceremony and reception has taken place at Bouchercon on Thursday evening.  The event took place at the Rock and Roll Hall of Fame.

The Awards given out were the Macavity Award and the Barry Award.

The results are as follows – 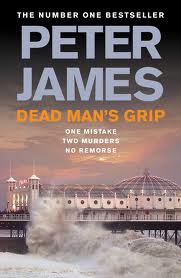 Congratulations to all the winners!

Also awarded was the Dilys Award which is given by the Independent Mystery Booksellers Association to the book which the member booksellers have most enjoyed selling.  The Dilys Award is named after  Dilys Winn, who founded the first specialty bookseller of mystery books in the United States.  The Award was given to S J Rozan for Ghost Hero.

Thanks to my erstwhile colleague Ali Karim for the results and the photographs!
Posted by Ayo Onatade at 04:07