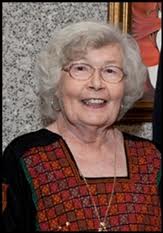 According to the MWA (Mystery Writers of America) and via William Morrow, Barbara Mertz who was better known as Elizabeth Peters died this morning at the age of 85.  Under her pseudonym as Barbara Michaels, she wrote twenty-nine novels of suspense.  As Elizabeth Peters, she had produced more than 35 mystery-suspense novels, many of them set in Egypt and the Middle East, featuring the intrepid Amelia Peabody.  Under her own name, she authored several nonfiction books about ancient Egypt, still in print today.  Barbara Mertz was named Grand Master at the inaugural Anthony Awards in 1986 and awarded the Edgar Grand Master Award in 1998.  She has also received the Lifetime Achievement Award from Malice Domestic and the Grandmaster Award from Bouchercon.  She was also nominated in 2004 for Best Critical/Biographical Edgar for her book:  Amelia 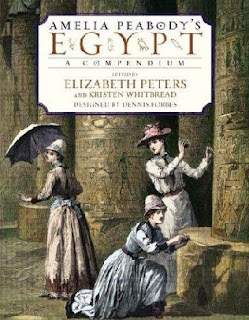 Peabody’s Egypt: A Compendium.  She wrote 19 books in the Amelia Peabody series the last being A River in the Sky (2010).  She also wrote four books in the Jacqueline Kirby series and six in the Vicky Bliss series.  The Amelia Peabody novels were nominated eight times for an Agatha Award for Best Novel and Thunder in the Sky was nominated for an Anthony Award for best novel in 2001.

In 2012 she was honoured with the first Amelia Peabody Award at the Malice Domestic Convention; the award was named after the leading character in her long-running series

She will be sorely missed by many but especially those who enjoyed her books and particularly the Amelia Peabody series.

More information can be found here.
Posted by Ayo Onatade at 21:40