Our Strange Relationship - Maeve Kerrigan and I 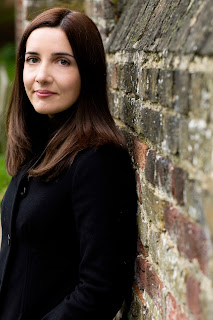 Today’s guest blog is by Irish author Jane Casey who has so far written 4 books in her Maeve Kerrigan series.

‘Why don’t you create a series character?’ my editor suggested. ‘Readers don’t remember authors or book titles but they do remember characters.’

My first book was a very dark stand-alone thriller about child murders, THE MISSING. My second was going to be another stand-alone, until my editor stepped in and binned the synopsis. As it turned out, and not for the last time, she was right. Readers do remember characters. More importantly, they become involved with them, in a way I had not really appreciated before I invented DC Maeve Kerrigan. Young, ambitious, tall and ironic, she is the London-born child of Irish parents and a good detective shooting to become a great one. I wanted her to be sceptical but not a cynic, a junior detective rather than a chief inspector. She is a still small voice of calm in the hubbub of a murder investigation and her focus is currently on earning respect rather than rebelling against authority.

I’d read and loved my share of crime novels featuring middle-aged male detectives who drank hard and fought harder. There’s an art to creating and maintaining those characters and I didn’t set out to invent a series character who was the antithesis of all that they represent. However, Maeve is more of an outsider than most of the maverick policemen who crop up so often in crime fiction. She’s a young woman in what remains a man’s world, even now, with a cultural background that marks her out for ridicule. Frequently underestimated, she’s struggling to acquire an air of authority that means she’ll be taken seriously. Many of her colleagues would prefer her to be just a pretty face. She’s subject to hundreds of tiny humiliations that make her a stronger person, but she’s vulnerable in a way that most series detectives aren’t. I admire her and feel protective of her – and I put her through hell.

My latest book, Maeve’s fourth outing, is called THE STRANGER YOU KNOW. Maeve is increasingly concerned about the erratic DI Josh Derwent, her colleague, suspect in a series of unpleasant murders and not for the first time… It’s a book that developed from the uneasy relationship between Maeve and Derwent, a man with a toxic sense of self-worth and a strong line in foul-mouthed banter. It’s possible to start reading the series with STRANGER, but I couldn’t have written it as a first book. It’s driven by the characters and their developing understanding of each other, as it deepens over time. Derwent doesn’t even appear in THE BURNING, the first Maeve Kerrigan book. He definitely makes an impact in the next one, THE RECKONING, where I intended to leave him. There is a certain pleasure in writing someone so politically incorrect, so thoroughly misogynist and hostile to anyone and everyone he encounters, but that was not why I came back to him in THE LAST GIRL. It was because he balances out Maeve’s slight tendency to be a goody-two-shoes, and challenges her, and makes things happen. He is nobody’s idea of a hero – I would never have made him the focus of the series – but the new book is all about him, one way or another. I think it does him justice, though I am not saying whether justice is finally done. 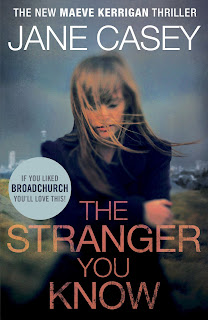 the readers’ minds beyond my own version of them. Some people are convinced that Maeve and her policeman boyfriend, Rob, are destined to live happily ever after. Others think she is certain to wind up with Derwent (the idea would appall her). I find it funny that her romantic life is the hook for so many readers, when Maeve herself would claim to be focused on work above all things, but then she is emotionally illiterate at times. Some readers have very clear ideas about how the characters look, and who should play them on TV, and they never seem to match up with what I have in my mind’s eye. There are storylines that run across several books, and people have strong views on how they should be resolved. I have thought about all of these things but I have learned to leave myself room to change my mind. Plan too far ahead and it feels as if you are putting your characters over a series of demanding jumps before they can get to the end of their own literary gymkhana. Let them go their own way and surprise the reader, and yourself.

Maeve changes with each book, growing in some respects, struggling in others. It is a privilege and a pleasure to get to revisit her for half of the year, a joy that only series authors really get to experience. I feel as if I am in her company while I write, in part because the stories are first-person narratives so I see the world around her through her eyes. For all writers, the moment their characters begin to feel real is the moment they know they have done their job. I know I invented Maeve, but for all that, I believe in her.

As for where she will go in the future, I cannot say too much. What I can say is that happily ever after is an ending, and Maeve is nowhere near the end of her story.

The Stranger You Know by Jane Casey is out now in hardback, Ebury Press, £12.99 and her eBook short story about Maeve’s first case Left For Dead was released on 25th July.

More information can be found about Jane Casey and her books on her website and you can also follow her on Twitter @JaneCaseyAuthor
Posted by Ayo Onatade at 19:04