Lisa Cutts talks about writing and bringing the job home! 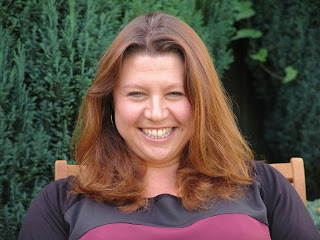 Today's guest blog is by Lisa Cutts a serving police officer based in Kent.  In 2012 Lisa won the Myriad Editions Writers Retreat Competition.  Her debut novel Never Forget gives the reader an unique insight and perspective into the heart of the investigation from the point of view of the Police Major Incident Room.

When I began writing, crime fiction seemed the natural choice. I’ve been a police officer with Kent Police for seventeen years and the majority of that time has been spent within CID. I have worked in the Major Crime Department for six years, dealing with some of the more serious investigations within the county. My debut novel, Never Forget, is a police procedural and is inspired, although not based upon, some of the enquiries I have been involved in.

The novel follows Detective Constable Nina Foster through her first murder investigation. As a keen officer, rising through the ranks, she wants to work hard and be accepted: to stay on the most exciting investigation she’s ever likely to be involved in. Most officers working on a murder will only stay for a few days until they are sent back to their usual job. However, those who stay on the investigation, like Nina, are there for the long haul. In Never Forget, the number of victims, as well as suspects, increases. Before long, she gets involved in enquiries, becoming not only a crucial part of the Major Incident Room (MIR), but personally involved. As information amasses within the MIR, it leads towards the murderer’s identity and arrest, but at an unexpected price to Nina. I knew that I had to make her integral but to avoid compromising her role in the team. In reality, any officer becoming a liability would be immediately removed so I had to get the balance right: to maintain authenticity whilst keeping the reader interested.

My aim, besides writing the best police procedural I could, was to show the real side to policing: basing facts on powers of search, entry, detaining a prisoner and custody time limits, but showing that officers are usually decent people with their own problems, lives and sense of humour. We take what we do very seriously but even on the bleakest, darkest of days, we manage to make each other laugh. It’s not through lack of respect for those whose lives have been blighted by crime; it’s because we need to cope. Moreover, the politics of it all can be very frustrating. Never Forget, I hope, shows that the professionalism cannot exist without the camaraderie – they’re far too intertwined.

My initial idea for the novel was to begin with a briefing. It’s impossible to investigate anything, whether it is a shoplifting offence or a murder, without having the information to hand. The best way of doing that with a large, number of investigators is to put them in a room and give them details of what they’re dealing with. I drew on how a murder investigation naturally flows, factoring in some of the unexpected developments. I chose the police procedural structure, as I wanted to explain some of the frustrations and low points of being a police officer, as well as sharing the highs of a successful conviction. I wanted police officers to read it and think, “That’s accurate” and I wanted members of the public to read it and think, “I didn’t know they were up against all this as well as solving murders.”

One of the things I felt I should take care of when I started to write was to check with Kent Police’s Legal Department. As a forty-something-year-old female Detective Constable investigating murders for a living, writing about a forty-something-year-old female Detective Constable investigating fictional murders for a living, I foresaw a potential problem. While I wanted to show the authentic side of a murder investigation, Never Forget is fiction: the characters and the situations I’ve put them in, are not based on actual jobs I’ve worked on. I was careful not to reference victims or witnesses from the forty or so murders
I’ve worked on, and that included not basing characters on colleagues.

Writing a crime novel has been a great experience and has given me an immense sense of achievement, especially as I’ve managed to fit this in around my job. However, there were a couple of problems I had to overcome. Like so many writers, especially those juggling work and families, finding time was an issue. The unpredictability of my job meant that I had to work around real-life murder investigations in order to be able to write about fictional ones. If I had a free evening or a day off, I set aside as much of it as I could to write but I had no idea what the next working day would bring and when I could expect to get home. Police officers can be called back to work at any time and are often told to stay on duty without warning. I did try to write as much as possible in November for NaNoWriMo – an annual, worldwide challenge for writers to produce 50 000 words in a month. Needless to say, with my job, I didn’t manage it but I had a great time trying. 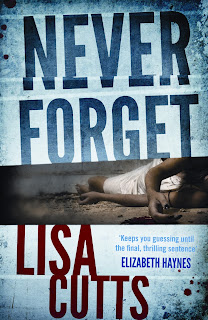 Once I found time to write, settling down to do it wasn’t as much of a challenge as the edits. They were much tougher as by then I was working to my publisher’s schedule too. There was no procrastinating in case I was on duty when a murder was committed and didn’t get off duty for another eighteen hours, followed by cancellation of my days off.

On top of this, if I’d had a busy or stressful day dealing with victims, witnesses or suspects, my plans of going home to work on my book sometimes went out of the window. Naturally, I wasn’t always in the right frame of mind, so I would postpone writing until I felt able to separate my two jobs: some things are too disturbing to write down outside the confines of a nick.

The department I work in is within the Serious Crime Directorate and deals mostly with murders, rapes and kidnaps, although I have been involved in various investigations from counter-terrorism to rioting. It’s varied and interesting but involves an unbelievable amount of paperwork, so I’m used to writing and typing. Crime writing is a very different skill; it’s difficult but unlike police work, I’m never going to be called to court and asked questions under oath with a judge and jury looking on. This helped me put things into perspective but meant I had some sleepless nights over the accuracy of procedures in Never Forget. My worst-case scenario was that serving or retired police officers (such as my husband and dad) would read it and think I’ve made a huge error or omission. In addition, my Detective Chief Inspector might read it. How embarrassing would it be if he spotted a mistake?

Colleagues have been very supportive and interested in the entire process, from my first draft to seeing the book in print. A large number have said that they are looking forward to reading Never Forget when it was published on July 11th. I’ve been genuinely touched by their enthusiasm: I’ve assured them that they aren’t in it, so I’m convinced that their interest is about wanting to support me, rather than concern I’ve written about them.

It was certainly a challenge to get Never Forget completed but worth the hard work and lack of a social life. For the last eighteen months, my life has consisted of police work, writing crime fiction and sleeping. I wouldn’t have changed a thing, (apart for perhaps more sleep) and I’m already half way through the first draft of my next novel.