Voice Morphing by J B Turner 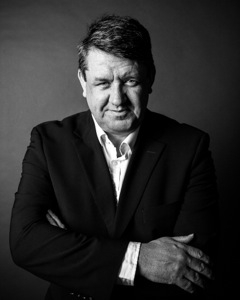 Today's guest blog is by thriller writer J B Turner who is  a former journalist.  Hard Road his debut novel was published by Exhibit A and his next novel Hard Kill will be published in July 2014.

There is a fine line between fact and fiction. Lines get blurred. Did that actually happen? Did they actually say that? Were they misquoted? Never is this more true than a statement delivered by Gen. Carl W. Steiner, former Commander-in-chief, U.S. Special Operations Command.

“Gentlemen! We have called you together to inform you that we are going to overthrow the United States government.”

The problem was that although the voice sounded remarkably like him, it was not Steiner.

It was in fact the result of voice “morphing’ technology, developed at the Los Alamos National Laboratory in New Mexico.

What happened was scientist George Papcun recorded a 10-minute digital recording of Steiner’s voice. Then in near real time, he managed to clone speech patterns and developed an almost perfect replica.

It was said that Steiner was so impressed, he asked for a copy of the tape.

Researching for my thriller Hard Road, I came across this information. And I incorporated it into my storyline where a former National Security Agency voice analyst, Thomas Wesley, intercepts what appears on the surface just to be an innocuous, albeit annoying 1980s pop song by The Bangles. But when Wesley digs deeper, he realizes there is an encrypted conversation, which talks of an imminent terrorist attack.

The voice on the intercept is not, however, the actual voice it at first appears to be.

Wesley is so concerned he contacts an old college friend, a Congressman, and asks him to listen to the real conversation identifying the actual person, as opposed to the voice clone.

Voice morphing is also known as voice transformation and voice conversion and is the software-generated alteration of a person’s natural voice. The purpose could be to add audio effects to the voice, to obscure the identity of the person or to impersonate another individual. 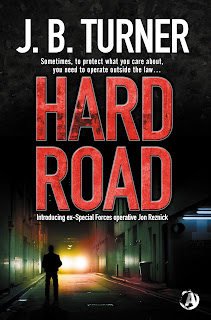 It also has its military applications, most notably psychological operation, PSYOPS.

Former intelligence analyst and acclaimed Washington Post journalist William Arkin said: “Being able to manufacture convincing audio or video . . . might be the difference in a successful military operation or coup.”

American’s military planners started to discuss digital morphing after Iraq’s invasion of Kuwait in 1990. Covert operators are said to have come up with the idea of creating a computer-faked videotape of Saddam Hussein crying or in some sexually compromising situation. The plan was for the tapes to be sent into Iraq and the Arab world. But it never made the light of day.

Voice morphing has distinct possibilities in military psychological warfare and submersion. For example, it could be used to provide fake order to the enemy’s troops, appearing to come from their own commanders. What if the voice of a rebel leader urges his followers to lay down their arms?

Former American Secretary of State Colin Powell was another whose voice was morphed and he was heard to say, “I am being treated well by my captors.”

Except that, Colin Powell didn’t say that. His voice was simply a chilling replica of his voice.